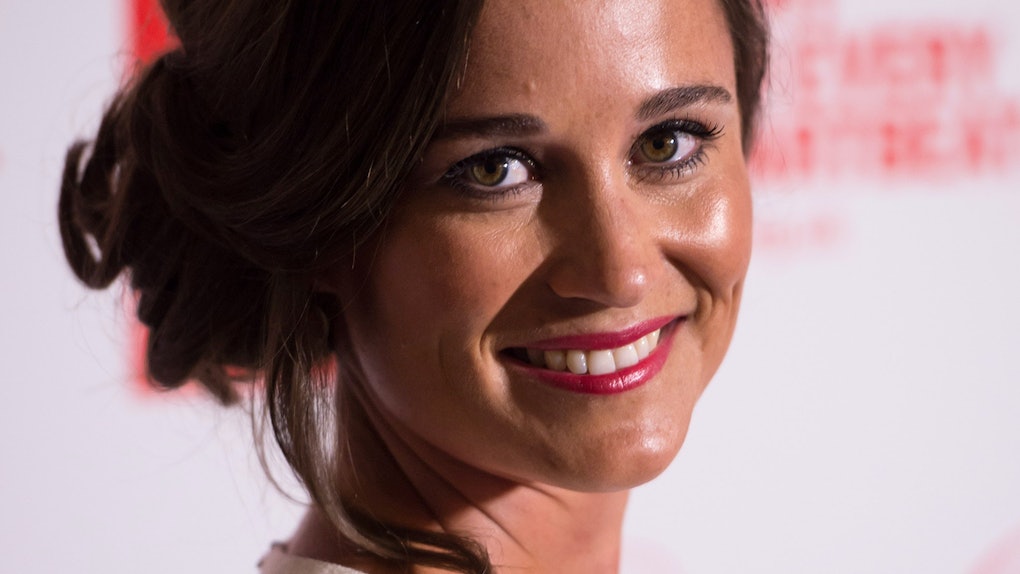 Someone is about to become a big brother, y'all. During an interview with Good Housekeeping UK, which published on March 3, Carole Middleton confirmed Pippa Middleton is pregnant with her second child, and she did it in the subtlest way. When asked about her plans for the coming year, Pippa's mom told the magazine, "I hope to see more of my family than I could last year, including, of course, my new grandchild." Considering Pippa's first child, Arthur Michael William Matthews, was born over two years ago, I can only assume Carole is referring a new addition on the way.

Page Six first broke the news of Pippa's pregnancy in December 2020. "Pippa and James are thrilled," a source for the outlet reportedly claimed, referring to Pippa's husband of almost four years, James Matthews. "It's fantastic news amid a difficult year. The entire family is delighted." Pippa and James have yet to confirm the pregnancy themselves, but now that Carole has seemingly spilled the beans, it's probably only a matter of time before they do. After all, Pippa was pretty open with fans during her pregnancy with Arthur, which she confirmed back in June 2018 in an article for the Waitrose Weekend.

After weeks of pregnancy rumors, the socialite opened up about her exciting news in her Waitrose fitness column, confessing that she had been lucky not to feel any morning sickness, unlike her sister, Kate Middleton. "I was lucky to pass the 12-week scan without suffering from morning sickness," she wrote. "That meant I was able to carry on as normal." And hopefully her current pregnancy is going just as smoothly.

Pippa and her husband James welcomed their son Arthur on Oct. 15, 2018, just about six months after the birth of Kate Middleton and Prince Williams' son Louis. James' brother, Spencer Matthews, and Spencer's wife, Vogue Williams, also welcomed a son just a month earlier, so Arthur has cousins close in age on both sides of the family. "It's always lovely for babies to grow up in a similar age gap and it's nice to have cousins be of a similar age," Spencer told Hello! magazine in November 2018.

Congrats to the expectant parents!