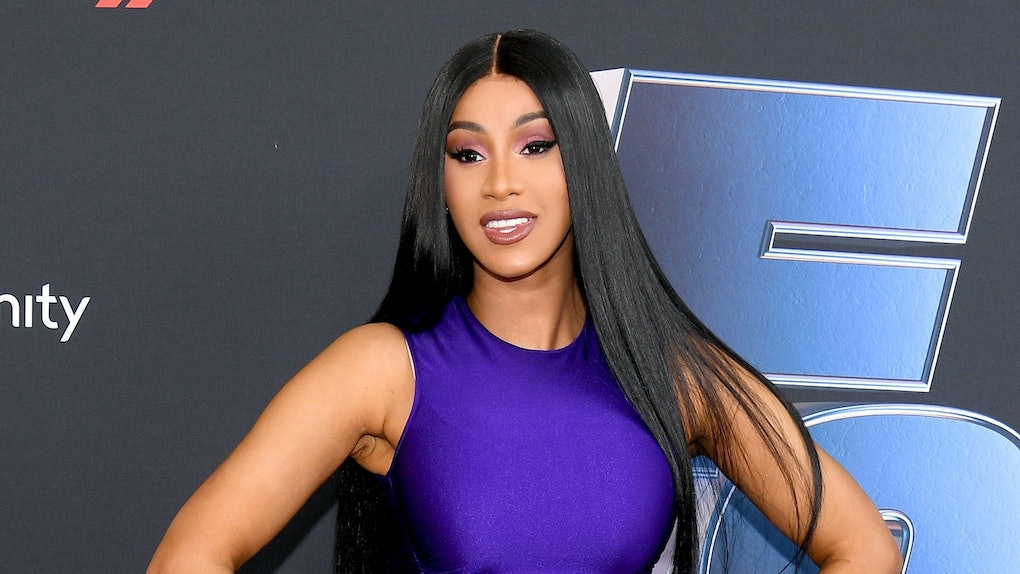 Days after "Up" went No. 1 on the Billboard Hot 100, Cardi B was forced clear up a rumor Eminem declined to work with her on her upcoming sophomore album. It all started on March 24 when a random Twitter account claimed the Detroit legend told the press he didn't want to team up with Cardi because "she doesn't care about the culture or the craft." Despite there being no actual report he said this, the tweet accumulated hundreds of retweets, likes, and replies, with many dissing the "WAP" rapper. Cardi B's response to rumors Eminem snubbed her collab request was the ultimate clapback to haters.

"BIG LIES....I get off the internet and ya makin sh*t up," Cardi tweeted the day after the user shared the "insider's report." She added she isn't that far along in the recording process, so her album doesn't have any official collabs just yet. "I haven’t sent no songs to no artist yet," she said. Despite the rumors, Cardi made it clear she had no beef with Eminem. "Love his work and much respect. This don’t even make sense," the rapper tweeted. She also shared a post from a fan saying to leave Eminem out of the drama because "This man is minding his gotdamn [sic] business."

Cardi also clapped back by teasing she's getting some big artists to team up with her on her album. "Since they like to make up LIES about me cause their so obsessed just know this .. y’all laughing about this fake rumor but wait until y’all see these next collabs," she said, adding a winking eye emoji.

Fans should expect the unexpected, because for her debut album, Invasion of Privacy, which she dropped in April 2018, Cardi secured collabs with Migos, Chance the Rapper, Bad Bunny, J Balvin, Kehlani, 21 Savage, YG, and SZA.

Since making her debut, Cardi has only become more of a household name in the music industry. "Up," which she just released on Feb. 5, marked her fifth No. 1 single. The rapper reached the achievement on March 22 — just one week after performing it at the 2021 Grammys on March 14.

Now that Cardi and Eminem's names are floating around together online, fans are crossing their fingers a collab will actually happen!