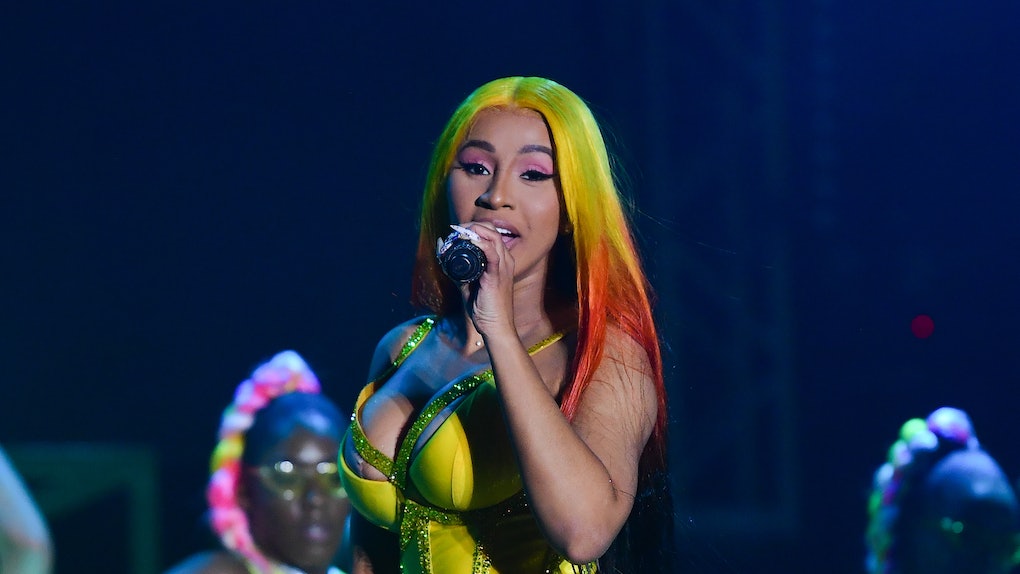 Cardi B's Response To Conservative Outrage Over "WAP" Is On Point

Cardi B has always adopted an unapologetic attitude when it comes to haters, and after seeing the internet's divided response to "WAP," her highly-sexual track with Megan Thee Stallion, she's standing her ground. While most fans can't get enough of the track, some critics (the loudest being primarily right-wing conservatives) are calling it inappropriate. But Cardi isn't one to stay silent about her feelings. Cardi B's response to conservative outrage over "WAP" was so on point.

Cardi and Megan released the song and video for "WAP" on Aug. 7, and it instantly went viral. The star-studded video was viewed more then 80 million times in its first week, and has also been the backing track to numerous TikTok trends.

Given the song's success, Cardi isn't exactly bothered by the criticism it's received. In an Aug. 13 interview with I-D, the rapper revealed how she's handled the backlash.

“I’ve been really surprised by the reaction, honestly,” Cardi said. “I knew it was gonna have a big impact, I guess, because of me and Megan. But I didn’t know it was going to be so controversial. I never expected that, you know, conservatives and Republicans were going to be talking about the song. I didn’t think the song was as vulgar as they said it was, you know? Like, I’m so used to it. I’m such a freak that I didn’t think it would be a big deal. I didn’t think people would think it was so out of this world."

After conservative political commentator Ben Shapiro shared a video reading the song's lyrics with disgust, Cardi tweeted about the clip, saying she "can't believe" the anger behind the track's lyrics.

Regardless of how much backlash she receives, Cardi isn't losing sleep over it. “It doesn’t make me angry,” she added when speaking to I-D. “It makes me happy. They keep talking and the numbers keep going up. At the end of the day, whatever they’re saying, the numbers speak for themselves.”

If you look up "unbothered queen" in the dictionary, Cardi's picture will be there front and center.

More like this
Billie Eilish's Response To Critics Of Her Sexy 'British Vogue' Cover Was On Point
By Michele Mendez
These Celebrity Reactions To The Derek Chauvin Guilty Verdict Are Joyful, But Call For Real Change
By Brandy Robidoux
What Is Halsey's Baby's Sex? She Got Real About Her Gender Reveal Plans
By Brandy Robidoux
Stay up to date