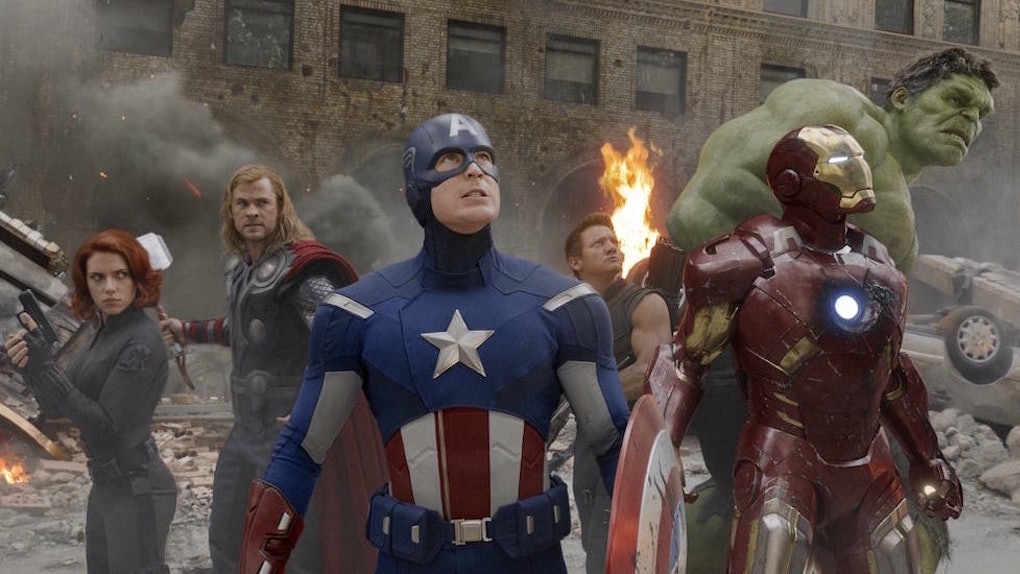 Now that Ant-Man and the Wasp has premiered, the next Marvel movie that fans can look forward to is the highly anticipated Captain Marvel. Before the Avengers (or, at least, some of the Avengers) team up again in next summer's Infinity War follow-up, Marvel will finally introduce one of its most iconic comic-book heroines. And true to form, Marvel has been preparing for Captain Marvel's arrival for quite some time now. You might have missed these Captain Marvel clues hidden in previous Marvel movies, but looking back, they may reveal what a big part of the upcoming movie will be about.

One of the most important things to remember in how Captain Marvel is positioned within the Marvel Cinematic Universe is that it will be set before the events of every MCU movie to date, aside only from Captain America: The First Avenger. The post-credits scene in Infinity War teased that Captain Marvel will play a big part in Avengers 4, but first, her standalone movie will delve into her background. Marvel has confirmed that Captain Marvel will be set in the 1990s, and the casting of Samuel L. Jackson as Nick Fury and Clark Gregg as Phil Coulson underlined that S.H.I.E.L.D. will be a major part of the new movie as well. But some eagle-eyed Marvel fans are also suspecting another mysterious agency will be at the center of Captain Marvel — one that we have only seen briefly in two Marvel movies before this.

In the comic books, Project P.E.G.A.S.U.S. is an offshoot of S.H.I.E.L.D. that is dedicated to developing and housing the most advanced technologies on Earth. The organization is particularly known for its study and training of energy-based heroes, such as the Hulk, the Thing, and others.

The hunch that P.E.G.A.S.U.S. will play a role in Captain Marvel comes partially from a role listed as "Pegasus Guard" on the movie's IMDb page, but it would also make a ton of sense given that Captain Marvel is herself an energy-based hero, even able to transform her entire body into living energy under extreme circumstances. The P.E.G.A.S.U.S. base also becomes a major target for the Skrulls in the comics, and since we know that the Skrulls will be introduced as the main villains of Captain Marvel, that also adds to the theory.

What sounds likely is that after gaining her powers from fusing DNA with a Kree alien, Carol Danvers will work with P.E.G.A.S.U.S. to hone and better understand her superpowers as Captain Marvel. The instances in which P.E.G.A.S.U.S. had been mentions in previous Marvel movies could also come into play in a big way. Since we know Tony Stark's dad was working with Project P.E.G.A.S.U.S. and Captain Marvel will be set around the time of his death in the '90s, we may be seeing him in the movie. Likewise, P.E.G.A.S.U.S. would still be holding the Tesseract at this time since it is before the events of The Avengers, which could introduce Captain Marvel to the Infinity Stones and connect her to Infinity War and Avengers 4.

We will find out what really happens when Captain Marvel lands in theaters on March 8, 2019.