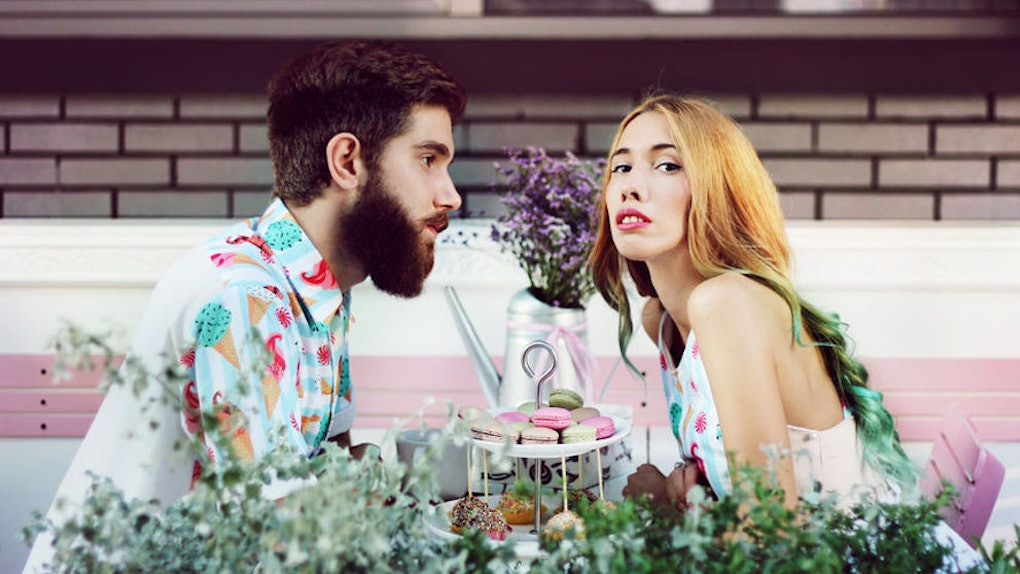 Can You Take Your Partner As A Plus One If They Weren’t Invited? Experts Say It's Tricky

With February more than halfway through, winter is officially winding down, which means that as the snow melts and the flowers bloom, wedding season is right around the corner. Couples are getting ready to tie the knot, and if you're planning on attending a wedding this spring or summer, there's lots for you to think about, too. Besides what to wear and what gift to get, you might also be wondering if you can bring your partner as a plus one if, even if they weren’t invited. Weddings and other formal events tend to have pretty strict invitation-only policies, so if you want to bring someone special along, it can get tricky.

Weddings can get expensive, so it makes sense that some couples need to limit the guest list in order to save money. "Today there is this trend of no ring, no bring," Susan Trombetti, CEO of Exclusive Matchmaking, tells Elite Daily, of one precedent for whose partners get wedding invites these days. "Pippa Middleton wouldn’t allow Megan Markle [to attend her wedding] because they [she and Prince Harry] weren’t married," she continues. (Reportedly, Meghan didn't attend Pippa's wedding before her engagement to Prince Harry so as not to "upstage the bride," but she did attend the reception. Bustle reached out to Kensington Palace at the time of reports but did not hear back.)

So, can you bring your partner as your date to a wedding if they weren't invited? "No, you cannot," Trombetti says simply. As harsh as that may sound, it's also completely understandable. As a current bride planning my wedding, I can attest to the fact that it would be seriously stressful and rude if one of my guests brought a date without telling me. There's only so much food, so much wine, and so much cake to go around. But, there is hope yet! Trombetti adds, "if your invitation doesn’t mention it, I would ask to bring someone because it’s common knowledge that this is the etiquette rule."

If you're in a relationship and your partner didn't get invited to a wedding or other important event, simply reach out to the couple, wedding planner, or person organizing the event. "It’s very rude not to allow your guest to bring a date," Trombetti says. "It could just be a mistake. If it’s not, then you have to decide whether to attend or not but you just can’t bring someone." It's better to ask and get a firm answer than to just bring someone without confirming anything.

In short, "you aren’t supposed to just bring someone if you don’t have a plus one listed," or if they didn't get their own invitation, Trombetti says. But that doesn't mean that your partner is completely off the guest list. Most brides or event coordinators plan for guests to bring a partner or date, so if your invitation didn't have a place to mark a plus one, it very easily could have been a mistake.

On the other hand, they might be trying to keep the event small and understated, so a date wouldn't be included in that vision. Whatever the case, as Trombetti says, it's always best to ask ahead of time. Basically, if you think them excluding your partner was a mistake, just ask! But don't just bring a date without clarifying first.

More like this
Zac Clark & Tayshia Adams Are Wedding Planning & I’m So Pumped
By Lydia Wang
25 Dirty Jokes To Text Your Partner For Filthy Laughs
By Corinne Sullivan
Here's Why Someone Cheats On Their Partner, Based On Their Zodiac Sign
By Danielle Sinay
Stay up to date