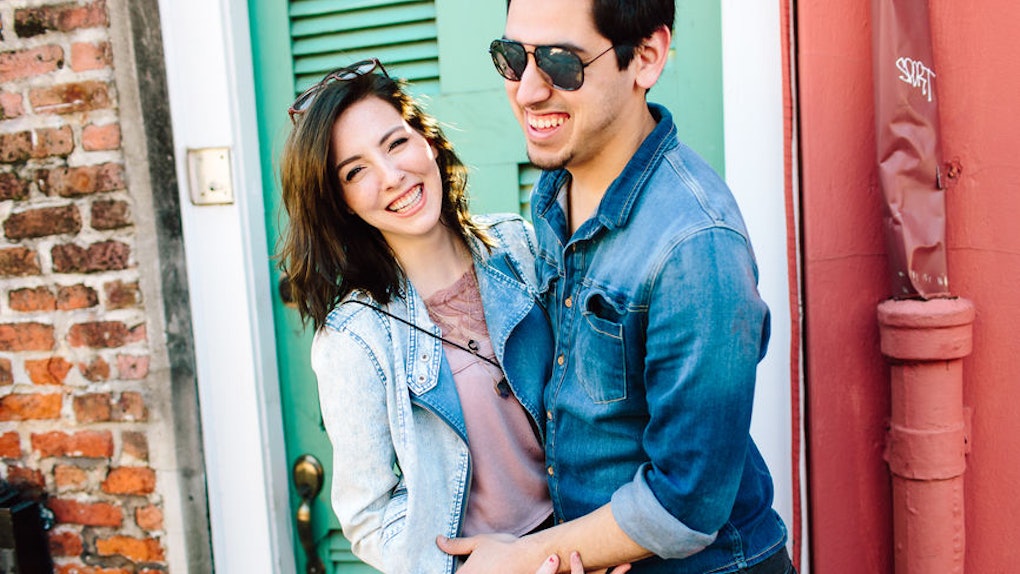 From time to time, I think everyone in a relationship wonders what it might be like to take a break. You don't want to lose your partner, but for various reasons, you wish you could just hit the pause button, take a little time apart, but then get back together. But could something like that even work? Can a relationship recover from a break, or can time apart really make your relationship stronger than it was before? If this is something you're considering, but are afraid of what it will mean for your current romance, you have two options: Pull the trigger and see what happens, or listen to to the stories of other people who took that leap to see if ultimately taking a timeout was worth it.

While you may not have any immediate friends or family who have gone through a relationship break, there's always Reddit. A Redditor whose partner was asking to take a break reached out to the online community for advice. They asked folks who had chosen to take some time apart from their partners if the experience ultimately enhanced the relationship, or if it ruined it. Their answers were pretty surprising, TBH. So, if you're considering taking a break, you'll want to know what they had to say.

A break can help you realize how much you appreciate your partner.

I broke up with my boyfriend because I didn't think that it was working. Turns out I missed him more than words could ever describe and we got right back together. Only made us stronger.

My husband and I took a break for 7 months. It was helpful in some ways and damaging in others... in the end we both missed our life together and decided to be back together and we are still together. I can say, I wish I would have never taken the break... there were things that we both did while apart that was damaging to our relationship now. But on the other hand... what if we didn't take a break? Maybe we would have never started to appreciate eachother again...

We were fighting all day, everyday, when finally one of those arguments ended in legitimately breaking up. We were just relieved by the time it happened, I think we both knew it was going to happen eventually. What I wasn't expecting was how much I would miss him. I really thought it was what I wanted until it actually happened. He didn't just take me back though. I had to work hard to get him back and we are better for it. I respected that he wasn't going to be a doormat and it wasn't going to be a broken record make up/break up relationship. It was the best thing that ever happened to us. That was 6 years ago, we've since married and have a wonderful son and a truly wonderful marriage. He's the best thing that ever happened to me!

Me and my SO had a 6 to 7 month break where we saw other people. We both agree it was the best thing that happened to us, because after a 2 year relationship with its ups and downs, now we have more ups than ever and it did a lot of good for us. I realized I'll never find anyone better than him and he realized how easily he could lose me. It was the slap on the behind we needed.

I took a three month break when I was deployed because I hated the idea of a long distance relationship. Actually, it wasn't a break, I broke up with him. Thought about him the whole deployment and despite several opportunities to hook up with other guys did nothing because I was still in love with him. Got back together the day I returned and we've been happily married for twelve wonderful years.

In the long run, yes. My SO wasn't ready to commit for long term without exploring his "bachelor" side. We were apart for 2 months, and he asked for me back after going on some dates and realizing I was the sh**. Yes I trust he didn't do anything else, and even if he had, that was part of the understanding. There was never an obligation to resume the relationship, but we agreed its what we both wanted. Now we're great, and he's never wavered since (~2 years later)

My then boyfriend and I took a four month break about a year and a half into our relationship. I had broken up with him because I was feeling like I was suffocating. He agreed he knew it was coming, but had assumed he'd be the one to do it. Not long into the breakup, we started talking a lot again and began mentioning that it all felt more like a break than a break up. We maintained contact while we both dated and had sex with others. Neither of us had dated much before, so we each learned a lot about ourselves... And realized all we wanted was one another. Four months after breaking up, he asked me to get back together with him. Fun fact, he asked me only moments after we conceived our now 1.5 year old daughter. The break taught us a ton and really helped us learn to appreciate one another. We're now married and so so happy together!

It can also help you realize you’re not with the right person.

It helped me realize I didn't want to be with him.

A break during a previous relationship helped me tremendously...it allowed me to realize that I wasn't happy in the relationship at all, but was rather just afraid of being alone. The month we were apart gave me a chance to realize what kind of relationship I actually deserved, and now I am with a new boyfriend who is indescribably amazing (:

I thought it did for awhile, but after a phone call breakup a few months later, (come on we aren't 13) I realized that the initial break should've just stayed a breakup. We were both in pretty bad places in our lives during our entire relationship (on break or together) and it ended for the better. For some, it does work. But I know that if a significant other ever tells me "Let's take a break" I will just break it off then.

Some folks just are looking for a cheating loophole.

We actually didn't decide on a break, we just broke up but kept in touch. We both missed each other horribly and both worked on the stuff that ebded things in the first place, got together again and we've been happy since. But yeah 90% of the time, a break dooms the relationship, because it usually means that the person who wants the break wants to f*** someone else without letting the safe person go, while not being wrecked with the guilt that comes with cheating.

It helps the person wanting the break to cheat with whoever they've had their eye on without the bother of actually breaking up with their current SO and without the guilt of cheating.

So, there are definitely risks to consider.

I know a married couple who took several breaks and say the same thing about it. Anger can make people do really stupid things. They've been happily married a long time, but are still saddled with some long term consequences they'd rather have avoided. STI putting wife at risk of cervical cancer. She's carefully monitored since she's had pre-cancerous lesions. Husband claims responsibility and regrets his recklessness. Their breaks were usually taken with some level of anger, but the distance usually helped them find clarity.

Ultimately, the decision on whether or not to take a break in your relationship really depends on the reasons and the intention. But the real takeaway here is that it doesn’t automatically mean something catastrophic about the relationship. Breaks can be really clarifying if you’re in a situation where you’re unsure about your partner. So if that’s something you feel like you need, that's OK. In the end, it may even make your bond stronger.