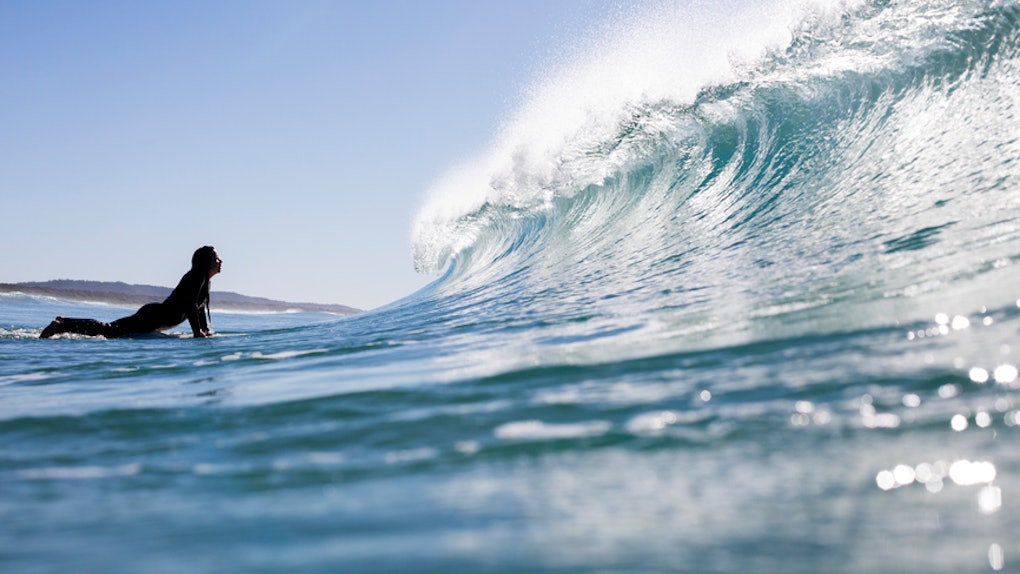 Can Mercury Retrograde Be Positive? Yes & Here's How

So you may have heard about Mercury retrograde. It's an event that happens three to four times a year, when the universe forms a pact to destroy all of your plans, daily commutes, and operations — one botched communication at a time. Just kidding. You can make Mercury retrograde positive, you just have to be strategic.

Firstly, let's talk about what "Mercury retrograde" actually means. It's an astronomical event that occurs when the planet Mercury appears to move backward in its orbit due to its relative location to the Earth as the two planets orbit the Sun.

Astrologically, Mercury retrograde is a time when aspects of life that come under Mercury's rulership, (written/verbal communication, daily commutes/short-distance travel, technology used for communication and travel, the analytical mind, relationships with siblings and neighbors) slow down, and their standard mode of operation is disrupted.

Most people equate the chaos that ensues from Mercury retrograde's trademark missed connections, and travel and communication delays with dread. But what if instead of dreading this periodic disruption, we harnessed its energy to make our lives easier?

Work: Always Take The Time To Think Before You Act

One of the best ways to do this is to use the start of Mercury retrograde as a hard deadline for whatever project or negotiations you're working on in the months leading up to it. Whether you're selling a house, turning in a huge assignment at work, applying for permits, buying a car, getting a driver's license, make your deadline for completion at least three days before Mercury turns retrograde. That way, nothing on your end needs to be signed, agreed upon or accomplished when Mercury (communication) and starts moving backward.

I once had an astrology client who wanted to renovate her house. She asked how to move forward with the construction. Since the first day her contractor was available to start work was the first day of Mercury retrograde, I told her to wait. "Hold off," I said, "Draw up the plans you want done, but don't sign contracts or schedule work to begin until the retrograde passes."

Less than a day before the Mercury retrograde, she was notified that she couldn't actually start work on her land until someone from the township came out to inspect her well. Also, the contractor she intended to use was said to have done some shoddy work in the interim, and she was considering a different contractor to handle the work. A common way to make the best of retrograde energy is to engage in activities that start with "re-." Reorganize. Reassess. Restore. Reflect. Repair. Revive. Redirect. Reconsider.

A common way to make the best of retrograde energy is to engage in activities that start with "re-." Reorganize. Reassess. Restore. Reflect. Repair. Revive. Redirect. Reconsider.

By surrendering to the Mercury retrograde, she was able to benefit. She gained crucial information that saved her thousands of dollars.

Love: Reflect On Whether Your Relationships Are Making You Happy

First of all, if you start a relationship under Mercury retrograde, the chances of maintaining it past the retrograde period are slim. It is, essentially, a relationship that was born out of chaos. Can the relationship survive? Of course, but it will take on a major transformation before actualizing in the world of standard operation.

For existing relationships, this is a period of compromise, and compromised communications. Don't take it personally. However, if the communication issues between the two of you pre-existed the retrograde, use this time to reflect on whether this relationship is supporting your goals.

Are the issues between you a matter of communication, or is there, in fact, not a meeting of the minds? Don't be surprised if information surfaces during the Mercury retrograde. Information that was previously unknown has a way of revealing itself during these periods. Information is power, and you can harness that power.

Also, this can be a Mercury retrograde can be a time where you revisit a relationship with an ex. Whatever it is you rekindle, this influence does not promise that such a reunion will last.

Technology: Make Sure You Always Have Receipts

Yes. Technology. Back up your computer and phone before Mercury retrogrades. Anything you want to keep during Mercury retrograde: i.e., photos, correspondences, send them to yourself and/or back them up in a cloud. One of the worst mistakes I every made was to do a software update on my computer, right in the middle of Mercury retrograde, right before a deadline.

Guess who didn't have a computer to work on for an entire day because the update crashed my system laptop? Me! That's right. I knew it too, and I still did it. I was anxious to make my system work more efficiently, and thought the update would help. Well, it didn't. It made my laptop unusable until a revised OS update was released the next day, and I was able to resume work.

Also, backing up your work, and making copies of correspondences during Mercury retrograde protects you against miss misinformation. If an employee, employer, client, or lawyer asks to see something in writing, you have it ready.

You can really save the day when you are the only one at the meeting with a hardcopy of a necessary document, or contract, and everybody else is battling their iPads to get the same information.

Life: Sometimes You Have To Move Backward To Go Forward

One of my life gurus, Dr. T of The Conciliation Project, taught me about "SankoFa," which literally means "to go back and get it." The idea is, if you set out on a journey and realize you've left something behind, there's no shame in retracing your steps to go back and get it.

But if out of pride you continue on your path, despite the knowledge that you left something of value behind, the shame will come when you reach your destination and find the thing you failed to go back and retrieve is the one thing you really needed.

Mercury retrograde is the universe's time to SankoFa. So when Mercury, the planet of communication, intellect, and daily travel “moves backward” to retrace its path in the sky, you could curse your phone, car, significant other, boss, or BFF for failing to show up or text you back on time, or you can embrace the retrograde as a time to reflect, not expect too much forward motion in your daily plans and relationships, and instead look backward at what needs retrieval from the past few months.

If your Natal Mercury is retrograde, you may experience Mercury retrograde a little differently, but for the majority of us, Mercury retrograde will cause disruptions in communication and daily travel, and the technology we use for both. Without your trusty phone/laptop to distract you, you're forced to look inward and reflect on what aspects of your life and thought process can be refined or removed.

So do yourself a favor, and instead of forcing your communications, relationships, and work to move forward, show yourself and others a little compassion. Allow yourself (and others) extra time to get places. And allow yourself this time to reflect. Retrace your steps. Use the knowledge to plan your next moves.

Review contracts and contacts you made prior to the retrograde, and outline your goals for the coming months, plan the work for when Mercury goes direct again, and identify what elements of the past few months you are going to bring with you to help achieve these goals.

Moonsplaining is a content package dedicated to the power of feminine spirituality. Instead of blaming the universe for your problems, learn how to harness its ebbs and flows for your own good. Here's how to make the universe work for you, not against you.

More like this
Each Zodiac Sign Has A Lucky Day Of The Week That Goes With It & Here's Yours
By Chelsea Jackson
The Netflix Reality Show You Should Watch, Based On Your Zodiac Sign
By Chelsea Jackson
Your Mars Sign Meaning Reveals A Lot About Your Sexual Needs, So Take Notes
By Roya Backlund
Stay up to date