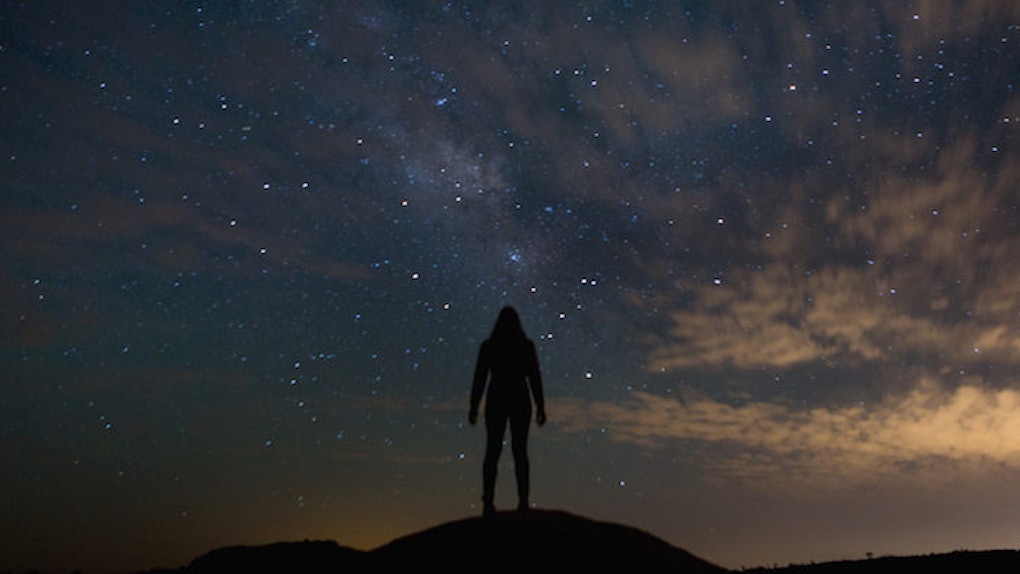 How To Prepare For Mercury Retrograde

I hate to be the bearer of bad news, but we are fast approaching another three-week Mercury retrograde, beginning December 19.

I told my boyfriend last night, and he almost lost his shit, which is hilarious since before we dated, he had no idea what it was. In fact, to the best of his knowledge, Mercury retrograde was just a really shitty couple of weeks.

Mercury retrograde has been a known influence in astrology for decades, but considering our increasing dependence on technology, the concept has become almost common knowledge.

It's the period of time when the orbit of Mercury slows down to the point of appearing to move backward.

Since Mercury rules communication, travel and technology, it can cause delays and breakdowns in those areas of our lives.

And the worst part is, it happens for three weeks at a time, four times a year, like some awful, cosmic menstrual cycle.

Remember the recount after the election of 2000? Mercury retrograde, baby.

But, it's not enough to just know about the retrograde.

In order to avoid a widespread panic attack, people need to prepare for the retrograde with the following coping tools:

The effects of an upcoming retrograde can be felt up to three weeks before the actual start date. For instance, my train home last night was delayed for 45 minutes because of mechanical problems.

Train delays happen, obviously, but they just seem to be longer and more frequent when Mercury is in retrograde. Often, they happen without explanation.

If you have an upcoming trip that falls during a Mercury retrograde period, be sure you get your tickets NOW (last week would've been better), and double-check everything to make sure you got the dates and times right.

This will avoid confusion during the retrograde, which in this instance will be hitting its peak during holiday travel time.

Get any repairs you need done a month ahead of time.

If your phone is cracked, your TV is on the fritz or your computer is getting backed up on storage space, make sure to take them in for repairs before the retrograde. Or, you can wait until the retrograde is over to get them replaced.

During the last retrograde, I broke my phone.

I took it in to get it fixed even though I knew better, and I ended up spending double the amount because when I took it home and set it down on the table gently, I watched as the whole screen went black.

They had bent my phone in the process of fixing it and refused to take responsibility, and I ended up paying for the second repair all over again. #KillMe.

Mercury retrograde is rife with unsolicited contact from past lovers and friends. Some you may want to hear from, and some not so much.

The astrological explanation for this is that since Mercury (the planet of communication) is moving backward, so do our communication patterns.

You can prepare for this by either blocking anyone now that you don't want to hear from, or you can ruminate on how you'd handle hearing from this person.

Maybe you could reach out to them first, so you feel somewhat comforted being in control of the interaction.

Talk to your SO.

I always turn to my boyfriend before a retrograde and say, "I'm choosing to love you through these next three weeks. If we have any issues, let's try to save them for after the retrograde, unless they are extremely pressing."

Since Mercury causes a lot of misunderstandings and confusion in our communication, talking to our loved ones about something that may be bothering us is best left until the retrograde is over.

Don't make any big decisions about your relationship during the retrograde. Don't try starting any new personal or business relationships, either.

Getting involved with someone during Mercury retrograde is bound to lead to unrealistic expectations and disappointment.

Also, if you're moving and are planning on signing a lease, do yourself a favor and either decide on the house and sign the paperwork WELL before the retrograde, or wait until a week or two after the retrograde is over.