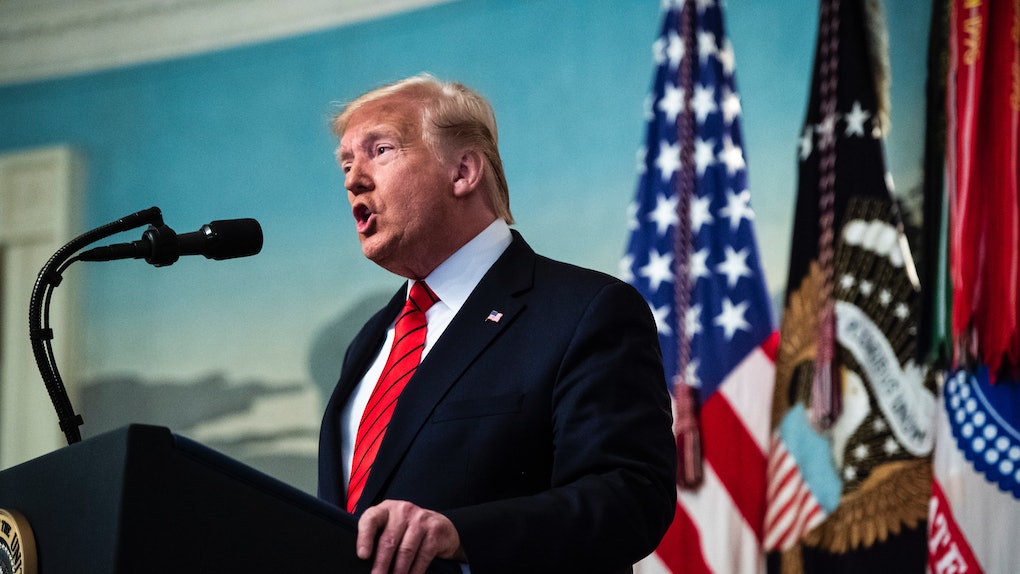 Can Impeachment Be Undone? In A Sense

In short, the charge of impeachment itself can't necessarily be "undone," but there are a number of ways a president can stay in, or return to, office after impeachment. The impeachment process is extensive: After various House committees complete their public hearings in the Trump impeachment inquiry, they will send a summary of their findings to the House Judiciary Committee. The Judiciary Committee will then determine whether or not these findings contain sufficient evidence of impeachable offenses.

If they do, then the Judiciary Committee will draw up articles of impeachment against Trump, which they will then send along to the rest of the House. It is only after the full House votes on these articles of impeachment that Trump could be impeached — and that's only if more than 50% of the members of the House vote in favor of impeachment. After the House votes to impeach a president, the case typically moves to the Senate, which is responsible for organizing a trial to determine whether the president should be removed from office. That means a president might not necessarily be removed from office, even if they are impeached.

In a technical sense, the Senate has the first chance to "undo" impeachment — by voting to not convict. When former Presidents Bill Clinton and Andrew Johnson were impeached, for example, neither one was removed from office because the Senate acquitted both of them.

However, if the Senate votes to convict the president, things change. Trump has previously argued that he would appeal to the Supreme Court if Democrats tried to impeach him, but according to Reuters, a president cannot appeal a Senate conviction to the Supreme Court. So if a president is hoping that a higher power can "reverse" impeachment after conviction, they may be out of luck.

But there is one more possibility to "undo" impeachment — and it rests with voters. According to Politico, the Senate has historically held two separate votes following impeachment trials: one to remove a president from office, and another to disqualify them from holding public office again in the future. That means the Senate could vote to remove Trump from office, leaving him eligible to run for elected office again (including the presidency) in the future.

Of course, all of these steps are still in the rather distant future. For now, House Democrats are focusing on public hearings as part of their impeachment inquiry into Trump, and lawmakers have a long way to go before they can vote on impeachment and removal from office.