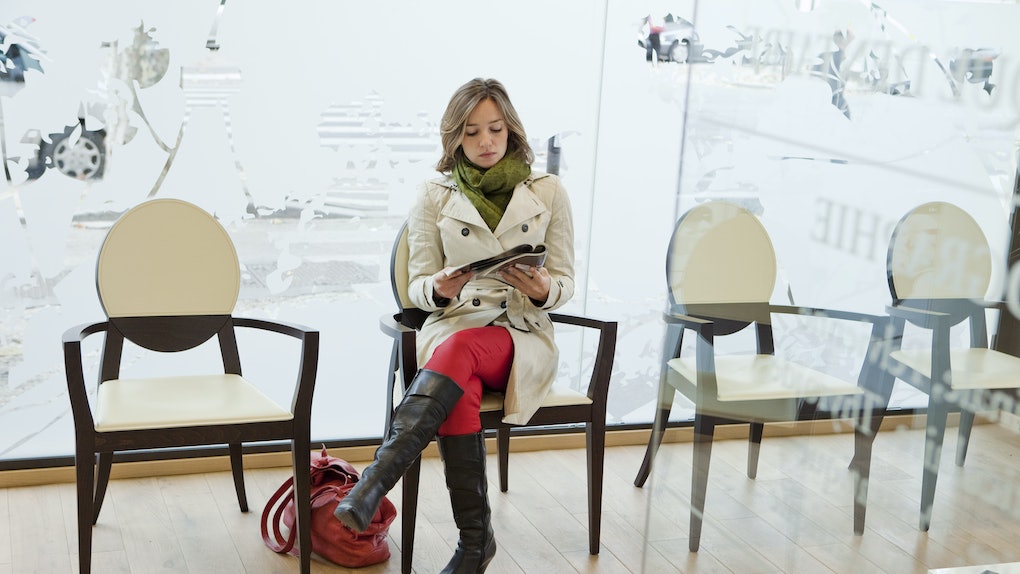 Can Guys Get HPV? 7 Things You Probably Didn't Know About The Virus & How You Can Get It

Am I the only one who sat in a high school health classroom blushing in my seat while the teacher preached no glove, no love? Well friends, I’m here to tell you that little diddly is a string of words to live by, because the human papilloma virus (HPV) is the real deal. And FYI, just because you know what and how common it is, there are plenty of things you probably don’t know about HPV that you might want to make yourself aware of. For example, if you've ever wondered can guys get HPV, you're not alone. New research is shedding light on that very question, claiming that the virus isn’t exclusive to the female anatomy.

Science says one in nine men living in the U.S. currently has an oral HPV infection, underlining the notion that we all need to take precautionary measures and practice safe sex. Cosmopolitan reports that the study sourced these findings from a National Health and Nutrition Examination survey that examined adults between the ages of 18 and 69 between 2011 and 2014. Results showed that not only are men susceptible to the virus, but they're also at a higher risk for oral HPV 16, which causes roughly half of all oropharyngeal cancers.

Despite the many resources out there that discuss HPV in detail, unless you're actively looking for the facts, most of us only know the basics. Read on to discover a few facts you probably didn't know about one of the most common viruses.

Even though the vaccination may not be 100 percent effective, just as oral contraception and condoms don't guarantee flawless birth control, it's still in your best interest to get vaccinated in order to reduce your chances of developing the disease.

2. It Could Be Years Before You See Symptoms

The scary truth about HPV is that there isn't really a definitive test to check the status on whether or not you've caught the virus. People who aware that they carry HPV are most likely diagnosed through cancer screens or Pap smears.

It's also rare that you'll find visible signs of HPV on your partner or yourself. G. Thomas Ruiz, MD and OB/GYN, explained to Seventeen that the virus is actually asymptomatic, meaning you cannot tell if your partner is carrying the virus, unless he or she "has visible genital warts."

3. HPV Can Cause Throat Cancer

Vaginal intercourse isn't the only way to catch HPV, and statistics show the cancer it's causing is developing in more places than your nether regions.

Health.com reports that HPV can develop in the throat via oral sex, and experts say that by 2020, the virus is expected to cause more throat than genital cancers. Red flags include a "sore throat that just won't go away," hoarseness, and difficulty swallowing.

4. There Are Many Different Kinds of HPV

One possible reason why HPV is so common is because so many different strains of the virus exist.

According to the Cleveland Clinic Health Essentials website, there are over a whopping 200 types of HPV (yikes), but only about a dozen or so have been proven cancerous.

In most cases, people don't even realize they have or have had HPV because there are little to no signs, and the virus can go away on its own, while other strains cause genital warts.

5. Anyone Who Is Sexually Active Is At Risk

Any form of skin-to-skin genital contact puts you at risk of catching HPV.

Of course, there are steps you can take to lower your chances of catching the virus, such as getting vaccinated, using condoms, and pursing monogamous relationships, but unfortunately, becoming intimately involved with someone is somewhat of a risk in and of itself.

I bet you'll never skip brushing again after you hear this surprising fact.

According to Health.com, recent studies suggest that those who aren't taking good care of their mouths are at a 56 percent higher risk of getting HPV than those who brush and floss on the regular. Things like gum disease, a lost tooth, and swapping toothpaste for mouthwash are all potential culprits, so even though there isn't a ton of scientific research to back up this claim, is it really worth the risk?

OK, so it was previously mentioned that condoms can help protect you against HPV. Before you start pointing the finger and calling me a liar, this fact still holds true, but you can't necessarily depend on condoms alone.

Because warts can develop in genital areas that don't get covered by the condom's latex barrier, chances are the disease can still be transmitted. According to the results of a study performed in Great Britain, HPV can even be "transmitted from one's hands to a partners genitals," which means the virus isn't only contracted orally.

More like this
Your Mars Sign Meaning Reveals A Lot About Your Sexual Needs, So Take Notes
By Roya Backlund
These 40 Clever Vaccine Selfie Instagram Captions Deserve A Shot On Your Feed
By Rachel Chapman
10 Fun Outdoor Spring Fitness Activities You Can Do In Your Own Backyard
By Marisa Casciano
Stay up to date