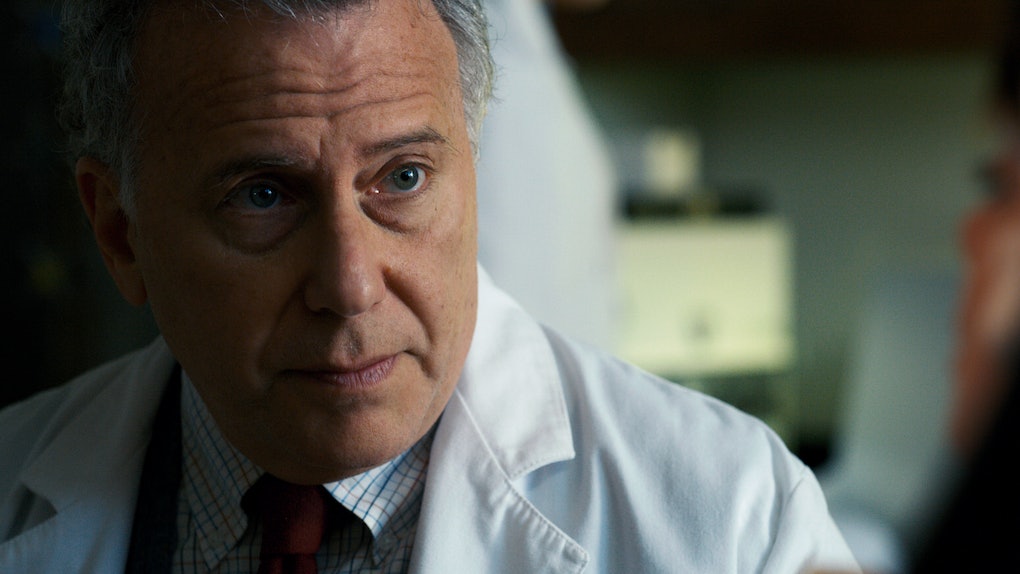 Can Dr. Owens Be Trusted On 'Stranger Things'? Here's Why We're Skeptical

Last season on Stranger Things saw the demise of Dr. Brenner at the hands of the Demogorgon, as well as the murders of most of his henchmen at Eleven's hands. But with the economic downturn of the early '80s, such instances at the CIA merely are classified as "job openings." There a whole new staff at the Hawkins "Department of Energy" lab, and a new head honcho, one Dr. Owens, who Will Byers is making regular visits to see since the events of last season. But can Dr. Owens be trusted on Stranger Things? Warning y'all: This post contains spoilers for Stranger Things Season 2.

One of the problems with Will Byers is that his flashbacks (or visions into) the Upside Down in the early episodes of the season is that it's not clear what they are exactly. As we saw at the end of Season 1, Will would be standing in a bathroom, and then see it as the Upside Down and then *blink* back to normal.

So despite the fact that Joyce suspects everyone and everything, Dr. Owens' saying these are PTSD flashbacks has a ring of truth to it. Hopper agrees, PTSD is a real thing, he saw his war buddies come back with it.

But here's where the issues start, because it's pretty obvious from the getgo that Hopper's little trip in the unmarked car last season has lasting consequences. He and Owens are on the same page and that page is marked "Keep It Secret, Keep It Quiet."

Despite all this, Hopper seems to trust Owens, oddly enough. Is it because they made a deal? It's not really clear. But it's obvious to us that when he says to Eleven there's a "person he can convince" (or at least hopes to) at the Lab, he means Owens. It's just that somehow he's never found the right moment to even tell the guy about her... which suggests that maybe these hopes are misplaced.

Owens laughing Hopper off over the dead trees and pumpkins also seems to suggest that any faith and trust in these government "partners" is unwise. Hopper is out there busting his butt trying to keep anyone from suspecting anything weird was ever afoot in Hawkins. The bully who peed himself was a practical joke. The guy claiming there's a bald Russian spy on the loose is a nutter. He's basically got Eleven a prisoner in their home to hush this all up, to the growing detriment of their relationship.

All he needs is for Owens to take him as seriously as he takes the CIA. And it feels like that's not happening... until one little experiment on the dirt samples has Owens reluctantly agreeing with him him.

That's when we learn the real difference between Brenner and Owens. Brenner, confronted with the Upsides Down growing downwards, and tunneling outward and underneath Hawkins, wouldn't have told Hopper a damn thing. He would have sent explorers inside, taken Will away from Joyce as his new experimental guide, and then probably burnt the whole thing and Will along with it.

Owens, on the other hand, is a stand up guy. He reveals the gigantic scale of the problem to Hopper. And when his fellow scientists demand that they scorch the tunnels, because, really, who cares about one stupid 12 year-old boy anyway? He won't have it.

Mistakes have been made, as he says to Nancy in that infamous tape. But while Brenner and company saw no issue with Barb's death, or hiding Will's disappearance, he *is* trying to do better, even if that path isn't one that's been forged yet.

By season end he's even managed to get the good Chief custody (and a birth certificate!) for Jane "Eleven" Hopper. In the end, Owens turns out to be exactly who Hopper thought he was: a man they can trust.