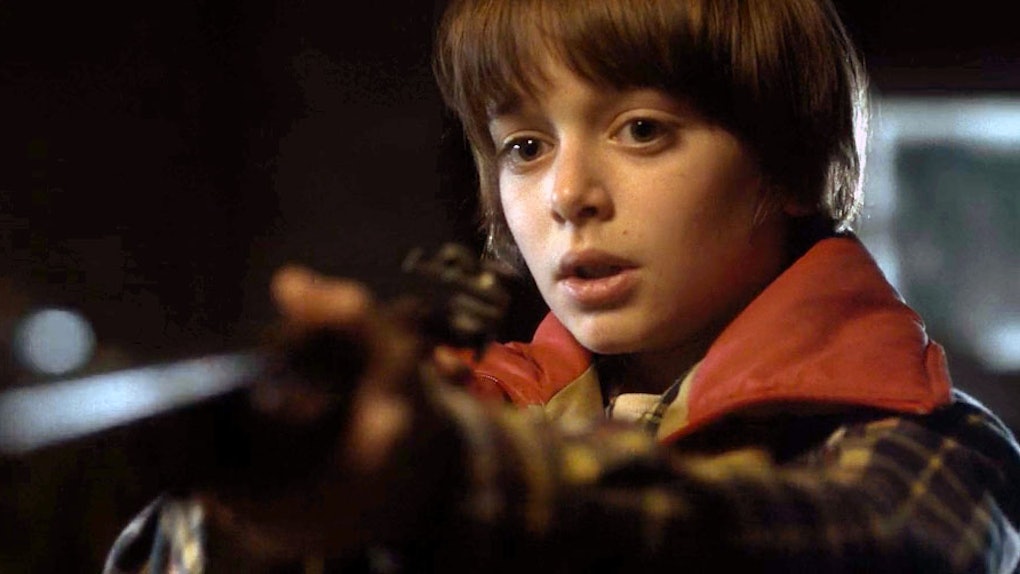 What Happened To Will In 'Stranger Things' Season 1? Here's Your Refresher

Although the first season of Stranger Things was all about Will Byers, he actually wasn't in it that much. But that's going to change in the upcoming Season 2, which will see Will back from his terrifying vacation in the Upside Down and at the center of all the action. A few months ago, the show's executive producer Shawn Levy confirmed Will is a major player in Stranger Things Season 2, unlike his almost total absence from Season 1. But although Will was out of sight in the first season, he was still the force that brought all the show's main characters together and helped them discover the supernatural occurrences in Hawkins, Indiana. To get ready for Season 2, here's everything you need to know about what Will Byers went through in the first season.

Almost immediately after the series began, Will went mysteriously missing. After he left a Dungeons and Dragons game at his friend Mike's house, Will caught a glimpse of a terrifying monster on his path home. He rushed to his house but found nobody home — both his mother Joyce and his older brother Jonathan were at work. Will ran to the shed and loaded a shotgun to defend himself, but the monster appeared behind him and took him into an alternate dimension.

While in the monster's home dimension, which Will's friends came to refer to as the Upside Down, Will adapted surprisingly quickly. He managed to evade the monster and even learned how to manipulate electricity to communicate with his mother via a system of holiday lights. He was able to let his mother know he was still alive, but was in danger.

3. King Of The Castle

Will managed to hide from the monster for about a week by retreating to a fort in the dimension, which resembled the fort he had built in the woods near his house in his home dimension, called Castle Byers. He listened to his favorite song by The Clash on a mixtape made for him by Jonathan, and was even able to briefly speak with a new psychokinetic ally named Eleven when she entered a deep psychic state, telling her to hurry because the toxic air in the Upside Down was making him weak and vulnerable.

Eventually, Will's friends and family figured out how to locate and save him, and it was just in the nick of time. After his days of hiding out, Will was finally captured by the monster and taken to the Upside Down version of the town's library, where the monster trapped Will in a large, fleshy membrane, littered with skeletons and corpses. Will's mom and police chief Jim Hopper managed to enter the Upside Down and found Will unconscious in the membrane with a creepy tentacle in his mouth. They cut him free and brought him back to the real world while Eleven fought the monster.

After a stay in the hospital, things seemed to get back to normal with Will and everyone else. He played Dungeons and Dragons with his friends again, and was even closer with his mother and brother. But after all these sweet scenes of Will seemingly back to his old self, viewers were left with an unsettling final shot of Will sneaking off to the bathroom to cough up a slug-like creature into the sink. Clearly, there is still something scary going on with Will.

Season 2 of Stranger Things premiered on Netflix on Friday, Oct. 27.

More like this
What Happened To The Rose Family After 'Schitt’s Creek'? 6 Theories
By Rachel Varina
Here's How To Vote For The Next 'American Horror Story' Theme Among 6 Options
By Cianna Garrison
'The Witcher' Season 2: Release Date, Cast, Trailer, & More Info
By Ani Bundel
Stay up to date