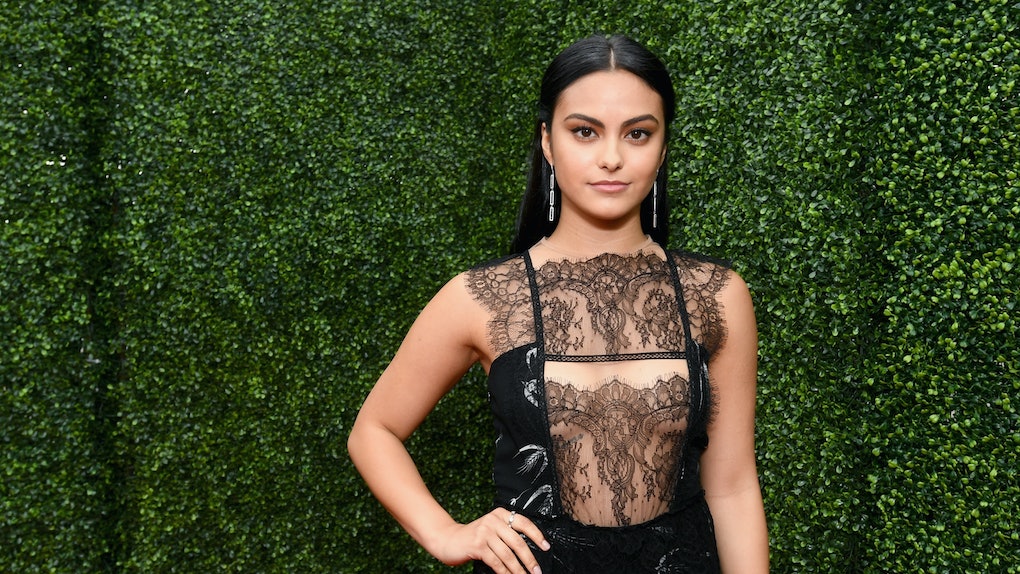 Camila Mendes & Victor Houston Deleted Their Insta Pics Together — Have They Already Called It Quits?

Has this newbie couple already broken up? TBH, we're not sure — Elite Daily has reached out to a representative from their teams for comment. But it sure didn't take long for Camila Mendes & Victor Houston to delete their Instagram pics together. It's been less than month since Mendes affectionately confirmed her relationship with Houston by going on the record and telling E! News, "I can confirm, sure, I don't care," at BeautyCon L.A. While Mendes' comment turned heads for being slightly, well, blasé — others took it as a sign of her confidence in the budding relationship.

According to relationship expert Dr. Gary Brown, when celebrities open up about their relationships, it's because "they feel that their relationship is solid enough to share with others." This could mean that while Mendes' comment was decidedly vague, it wasn't representative of her enthusiasm for her new partner. She seemed very calm and self-assured in the interview," Dr. Brown told Elite Daily.

So, who the heck even is Victor Houston? E News! reports that the two go way back. The Riverdale star originally met Houston when the two attended neighboring high schools in Florida. However, theirs was no budding teen romance — the two were strictly just friends until reconnecting in New York City, years later.

Mendes has made it clear that she intends to keep her relationships relatively within the private sphere. "[I'm dating] somebody completely out of the industry," Mendes told Nylon magazine just last month. "It's funny because I'm more hesitant to talk about it because I don't want him to read this... I actually would totally talk about it right now, if I didn't feel like,Wait, he might read this." The two later made their connection Instagram-official to the public when Houston chose to reveal himself with a post honoring Mendes's birthday. "Happy birthday beautiful," the sweet caption once read. The post, along with every other the two shared in the past month, has since been deleted.

So what does this all mean? Deleting Instagram pictures is not necessarily a definite indication of a breakup. I delete Instagram pictures when I'm bored on a weekend or stuck on the subway! But still, according to People, deleting public photos of exes is apparently proper social media etiquette. Shawn Mendes and Hailey Baldwin, Selena Gomez and The Weeknd, and Taylor Swift and Tom Hiddleston are few of the many couples that have followed suit and deleted every digital trace of each other following a breakup. Again, does this signify that Mendes and Houston have definitely called it quits? No, of course not. But historically, it's a Hollywood tradition.

"If looking at pictures of you and your ex makes you miss them, overwhelms you with anger, or you find yourself crying every time you look at them, then it’s important to set some breakup boundaries," relationship coach Samantha Burns has told Elite Daily. "Create an ex-free environment so that you’re not constantly triggered by things that remind you of the relationship."

I'm not exactly sure what's going on between these two, but whether they have decided to go their separate ways, or are just taking extra measures to protect their privacy, I wish them the best. In the meantime, I'll keep scouring social media for any hidden signals they might be trying to send — and any sign of foul play by the Black Hood.