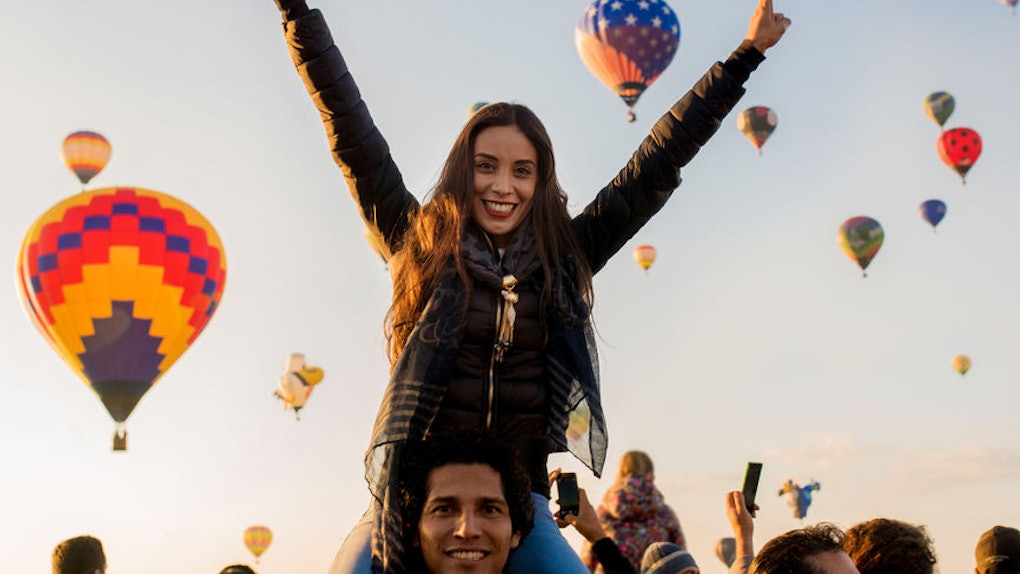 Should You Delete Photos Of Your Ex From Instagram Once You're In A New Relationship?

I have a fear of introducing anyone in my life to my internet fam on Instagram because I'm afraid I'll jinx it. But I've recently realized the bigger reason behind my weird ways — I'm afraid of breaking up on social media. I'm no celebrity, but if I suddenly stopped posting pictures of my boyfriend on Instagram, Jen from college might notice, because she's always such a generous liker of my things, you know? And then what happens when you get into a new relationship? Should you delete photos of your ex from Instagram? Help!

The mature part of my brain tells me, "You are an adult woman, you would never delete photos of an ex, you could be so chill about it." But the realistic part of my brain reminds me that I've had to unfollow exes in the name of self-preservation because they got into new relationships. There's something that seems incredibly cruel about deleting evidence of an entire chapter of your life with someone, but after a breakup, when you are trying to move on, it can seem pointless (or even masochistic) to keep remnants of relationships past on your 'Gram.

I reached out to Samantha Burns, relationship coach and author of Breaking Up and Bouncing Back, to get her take on the age-old (or decade-old) question: Should you delete photos of your ex from Instagram once you're in a new relationship? Or should you never delete them at all?

It depends on how the pictures make you feel.

Self-care is important during any breakup, even if you're the first to move on to a new relationship. "If looking at pictures of you and your ex makes you miss them, overwhelms you with anger, or you find yourself crying every time you look at them, then it’s important to set some breakup boundaries," explains Burns. "Create an ex-free environment so that you’re not constantly triggered by things that remind you of the relationship."

"Though you may want to vaporize your ex and pretend they don’t exist, the reality is that they were an important and meaningful part of your life," says Burns. "Consider saving all of your couples photos to a flash drive and storing it out of sight and out of mind, or give it to a friend for safe keeping until you feel prepared to view them again."

Deleting extra intimate or affectionate photos is a great compromise.

While deleting every last picture of your ex feels a little extreme, it makes sense that you don't want to rub your past partner in your present partner's face. "Definitely delete kissing photos and other clearly affectionate posts, such as ones from your romantic beach vacation or anniversaries," recommends Burns.

Doing this will show your new person that "there’s room for someone new in your life, both in real life and on social media," adds Burns. She explains that you'll probably be surprised at how much easier it becomes to look at those pictures once you have moved on to a new relationship.

Be as empathetic as possible to everyone involved.

If you're the first one to move on to a new relationship, or if you're the one who did the breaking up, deleting photos of your ex might be like rubbing salt in a wound — of course your new partner won't want to see your ex, but it's sort of an inevitable part of dating. We're all adults, and we can choose to look at those January 2017 photos of you and your ex on the beach or not.

At the same time, if a messy breakup is holding you back from committing to bigger and better things, you might have to delete some pictures. You can still be empathetic, though. According to Burns: "If you feel badly deleting your old posts, or worry it will crush your ex, you may went to send a short message that says, 'I realize this may hurt you, but I need to unfollow you and delete our old photos. It’s difficult for me to see them, and I need to take time and space to heal.'" It's honest and mature, which is the best way to act during the post-mortem of a relationship.