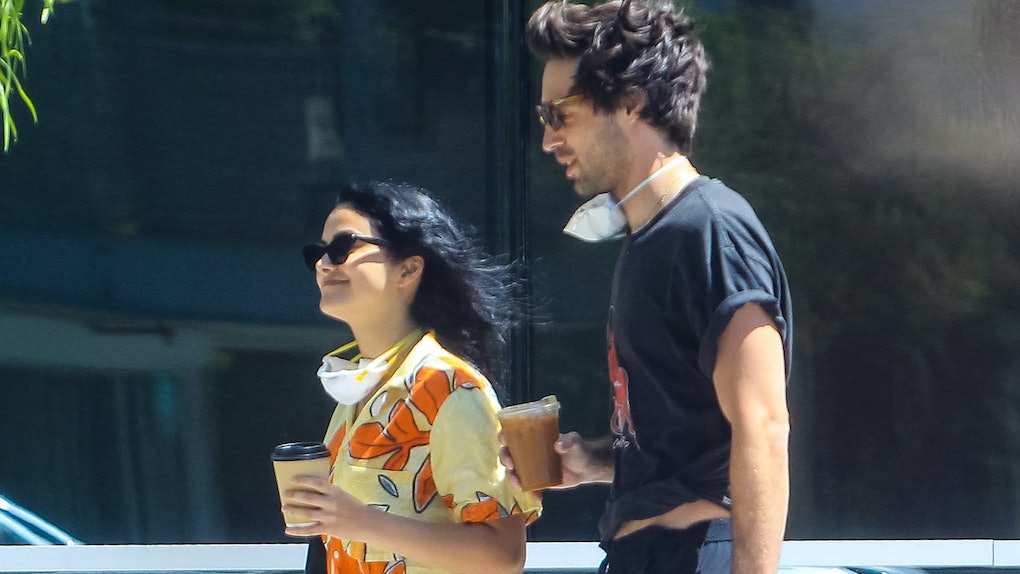 If you've been wondering what Camila Mendes has been up to lately (besides prepping to film Season 5 of Riverdale), it looks like the actress has been getting cozy with her new beau, Grayson Vaughan. Although it's not clear exactly how long the couple has been dating, they were first spotted together in May, according to Seventeen. Since then, they were reportedly seen hanging out in LA on several occasions and looking very into each other. It comes as no surprise that Camila Mendes and Grayson Vaughan's astrological compatibility suggests they just might be a match made in heaven.

Mendes was born on Jun. 29, making her a sensitive Cancer, and Vaughan was born on Oct. 29, making him a deep Scorpio. That means both of them are emotional and intuitive water signs. Here's what the stars have to say about this iconic match.

Cancer And Scorpio Both Crave Security In Relationships.

The emotional connection between Cancer and Scorpio is so instantaneous, it's not uncommon for this pair to report falling in love at first sight. Both signs have an intense need to feel secure in their relationships from the start, which makes it easy for them to understand each other. The world they share is so vivid and full of love, it's easy for both Cancer and Scorpio to completely forget anything else exists.

Their Mutual Sensitivity Brings Them Even Closer Together.

As one of the most sensitive signs in the zodiac, Cancer often struggles to keep themselves grounded. As a fellow water sign, Scorpio is also sensitive, but in a more rooted way that Cancer can learn from. As notoriously distrusting, it's not often that suspicious Scorpio lets down their walls, but Scorpions are no match for a tender Crab's unconditional TLC.

The Sexual Chemistry Is Off The Charts.

Sensual Scorpio is no stranger to passion in the bedroom and Cancer will thoroughly enjoy the intensity of the physical connection. Their deep emotions allow them both to pour their hearts out in the saftey of each other's embrace, and the result is some very spicy sex.

Jealousy Can Become An Issue.

Needless to say, every match has their strengths and weaknesses. When it comes to a Cancer and Scorpio pairing, jealousy can become an issue as both signs struggle with insecurity and possessiveness. Although the communication in other areas of the relationship may feel effortless, it's important for Cancer to open up about anything (or anyone) that they feel threatened by instead of internalizing it. It's equally important for Scorpio to avoid overreacting when it's time for Cancer to shift their focus to work or friends.

Although it will be tempting for these two to stay locked away in the emotional bliss of the relationship, coming up for air and giving each other some space will only make them stronger. But before they can allow each other some freedom, it's important that they both address their possessive tendencies before things get dicey. Ultimately, their emotional bond and sensitivity towards each other can definitely make for a lasting partnership.