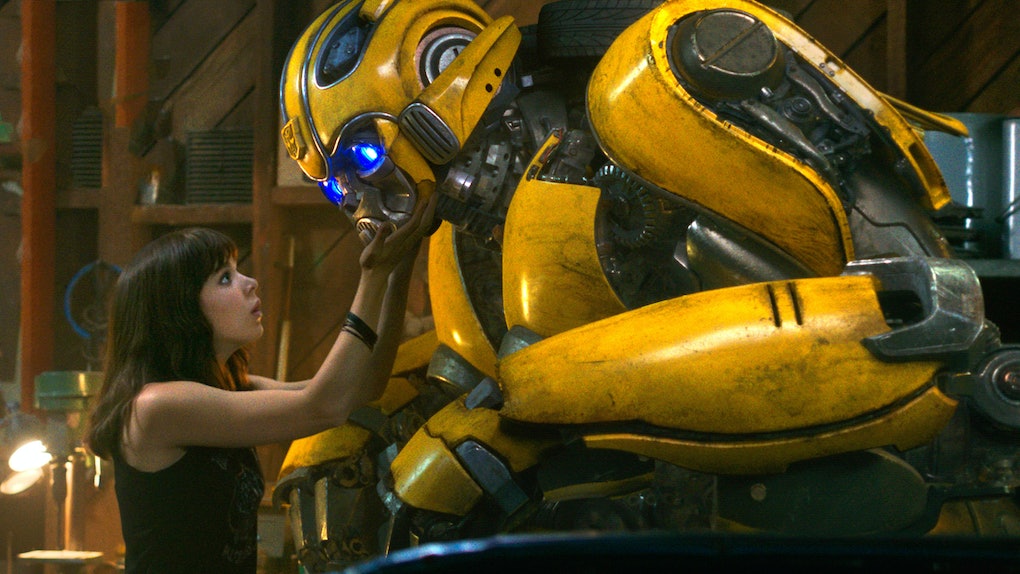 'Bumblebee’s Ratings Will Have You Buzzing To The Theaters

The weekend before Christmas is a huge deal at the box office, especially this year with no Star Wars film to suck up all the oxygen from the conversation. The result is a smorgasbord of movies for viewers to pick from over the weekend, plus the two day Christmas Eve/Christmas Day vacation. The headliner films for the weekend are Disney's Mary Poppins Returns and the DCEU's Aquaman, but for those looking for an action film alternate, there's also the latest entry in the Transformers franchise, Bumblebee. Against all the odds, Bumblebee's ratings are actually better than anyone would have expected.

The Transformers franchise history has not been smooth. The original 2007 live-action Transformers, based on the 1980s cartoon, came in with a 57 percent splat on Rotten Tomatoes. Things only went downhill from there.

Michael Bay, who directed all five films, only really seemed to put his energy into the action set pieces. The original actors, Shia LaBeouf and Megan Fox gave way to Mark Wahlberg and Josh Duhamel, but the ratings kept sinking. 2009's Transformers: Revenge of the Fallen ranked at 19 percent, 2011's Transformers: Dark of the Moon did slightly better at 35 percent, 2014's Transformers: Age of Extinction landed at 18 percent, and last year's Transformers: The Last Knight wound up at 15.

It was something of a shock then, to see Bumblebee ring in with 98 percent Certified Fresh. It seems like the franchise has finally gotten it right.

The Associated Press review is delighted with the new direction:

It's a charming tale of a girl and her adorable car-robot, flipping the script on the tired, bloated franchise. While hard-core fan-boys may complain it's too soft, this film may turn out to be the perfect way to save Transformers.

Entertainment Weekly says it finally adds what all the films have been missing up until now:

[Cena] gives good muscle, but Bumblebee brings something even more important - and actually transforming - to the series: a sense of humor, and a heart.

Variety is far more blunt at how the changes in writing and directing have only been for the better. (Michael Bay has given way to newcomer director Travis Knight.)

Bumblebee is basically the movie that fans of the 1980s animated series wanted all along.

As for how Bumblebee will perform this coming weekend, that's far more up in the air. The film's ratings are far higher than either Mary Poppins Returns or Aquaman, but in terms of buzz, Bumblebee is most likely to fly in at third place behind both.

Also solid is Paramount’s Bumblebee, which looks to take $40M in its first Friday-Tuesday. That could be higher if the movie wasn’t up against Aquaman; Bumblebee’s unaided awareness among all audiences is half that of Aquaman’s.

But $40 million is nothing to sneeze at. Considering last year's Transformers: The Last Knight came in on opening weekend with $44 million, and it wasn't up against this kind of competition, Bumblebee making those kinds of numbers should be good enough for a sequel.