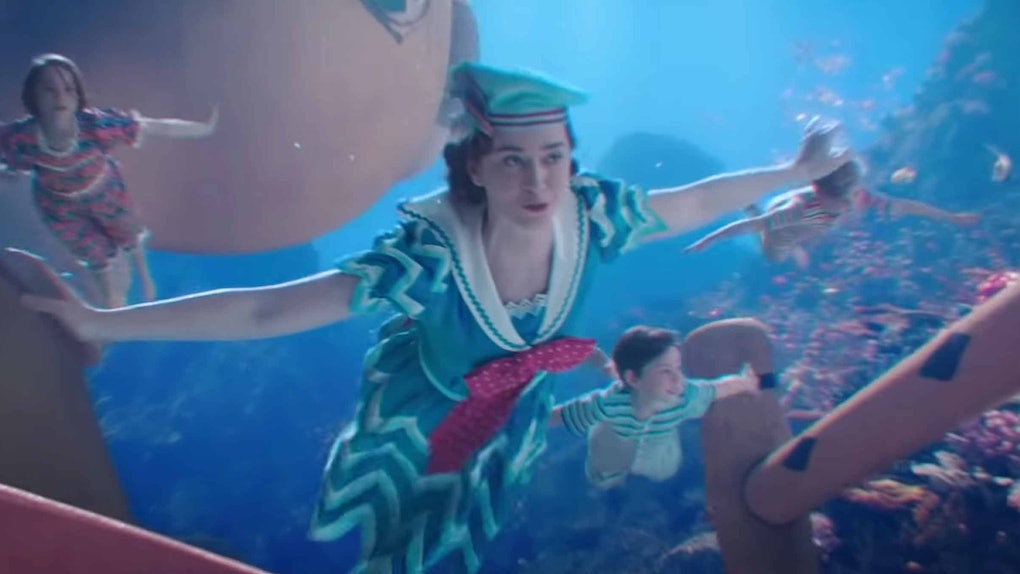 Since 2015, Disney has owned the box office from the weekend before Christmas through to New Years with a trio of hits: Star Wars: The Force Awakens, Rogue One: A Star Wars Story, and Star Wars: The Last Jedi. This year marks the first time there will not be a Star Wars franchise film for the holiday. But this doesn't mean Disney plans to cede the crown to someone else. Instead, there's a different long-awaited sequel, to 1964's Mary Poppins. From the looks of the Mary Poppins Returns ratings, Disney's conquest of the box office may stretch into four years running.

There was a time when conventional wisdom said the sequel was never as good as the original. When it came to Disney's most prominent franchise characters, including both princesses and Poppins, this meant any sequel was a direct-to-video endeavor. But in the new century, franchise universes and sequels that build on the original are the name of the game. Disney is taking a huge risk in trying for a full-blown sequel to Mary Poppins 54 years after the original was nominated for a Best Picture Oscar. But with a 77 percent Certified Fresh rating from Rotten Tomatoes as of this writing, the risk may well bring in a big reward.

Over at Variety, the review is gaga over Emily Blunt, who takes over the role originally played by Julie Andrews.

Emily Blunt is practically perfect in every way in a 'Mary Poppins' sequel that uncannily recreates the original's wholesome studio-system vibe.

The Associated Press is impressed by the film's ability to bring an updated message:

It's not just Blunt that's at the top of her game in this thoroughly delightful enterprise by director Rob Marshall and a crack team of artists devoted to both honoring a time-worn classic and finding something new to say. The visuals are lovely [too].

And at The Hollywood Reporter, the review is pleased to see the film industry still does make them like this, even after all these years.

Its old-fashioned, honest sentimentality plasters a smile across your face and plants a tear in your eye, often simultaneously.

As for how the film will do at the box office when it arrives next week, Disney has hedged all bets by placing the film's release on Wednesday Dec. 19, giving it a two-day head start on the weekend. There's a reason for this. Without a Star Wars certain-to-dominate release this year, multiple production houses have rushed in to fill the breach, with an astounding 18 films opening between Dec. 12 and Dec. 21. Poppins' Wednesday arrival gives it a 48-hour lead ahead of the six arriving on the 21st, which includes Aquaman, American Renegades, Bumblebee, Holmes and Watson, Second Act, and Welcome to Marwen.

Deadline believes the only real competition will be Aquaman, and the two films will split the weekend.

[I]ndustry estimates believe the Disney-branded pic could deliver a first week in the $70 million range (Christmas falls on the following Tuesday after the Rob Marshall movie opens). Total awareness and unaided awareness... is best with women under/over 25 at this point in time.