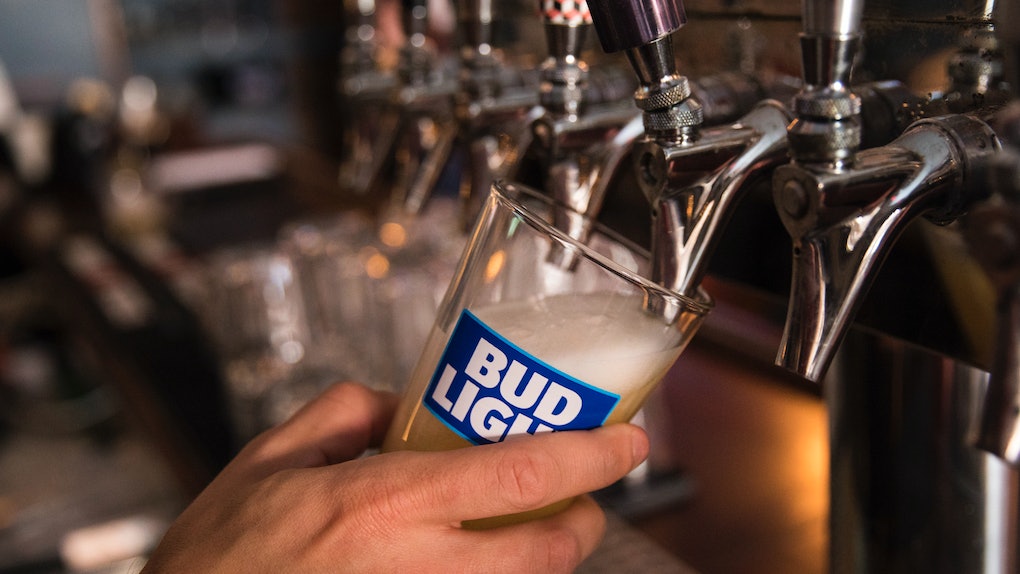 St. Patrick's Day has come and gone, and there are still several days until Easter But if you're just itching to celebrate something in the interim, look no further than National Beer Day. Plus, this year, Bud Light will help sweeten up the Beer Day festivities. Bud Light's National Beer Day 2019 deal will help pay for your next glass.

Here's how it works. On Natxcept California and Texas residentsional Beer Day, which takes place on Sunday, April 7 this year, Bud Light announced a promotion to send $5 to participants to spend at an eligible brewery on their fave beers (even if those beers weren't brewed by Bud Light). To receive the celebration money, first download Cash App and make a free account. Next, snap a pic in front of an eligible brewery until April 13 and tweet it with your Cash App handle and the hashtags #BeerMoney #BudLightPromo. After you finish all the steps, expect to receive your payment on April 15— yup, it's that easy! The promo is open to people in the U.S. (except California and Texas residents) who are 21 years of age and older,

It's worth noting that though the promo is geared toward breweries and beer, you can actually use the $5 for anything since the money is delivered in the form of credit to Cash App, rather than a coupon or gift card. The money will hit your app on April 15, making it the perfect opportunity to celebrate Tax Day with a brew.

If you're a hardcore beer enthusiast, you might want to check some other National Beer Day deals for discounted boozy sips across the country. If you're looking for a meal with your beer, check out Olive Garden's $5 Blue Moons, Ruby Tuesday's $2 happy hour beers, or Yard House's $3 pints and goblets. If you find yourself at Grand Central Terminal in New York City, head over to Central Market New York for $3 draft beers or Tartinery for $3 beers with any food purchase.

Feeling a little lazier on National Beer Day? Alcohol delivery app Drizly is offering $5 off with the promo code "nationalbeerday," so you can get your favorite six-pack without stepping out the front door.

According to National Day Calendar, National Beer Day was founded by Justin Smith and Mike Connolly and spread when the two friends created a Facebook page for the holiday in 2009. The date is significant because April 7 was the day President Franklin Roosevelt signed a law allowing people to brew and sell beer in 1933 — the first step in bringing the 13-year Prohibition to an end. According to the website National Today, some good ways to celebrate the holiday are to throw a kegger or tour a local brewery.

Whether you're celebrating with the Bud Light Cash App promo or headed to a restaurant or sports bar to score a discounted beer, enjoy this day. Happy sipping!