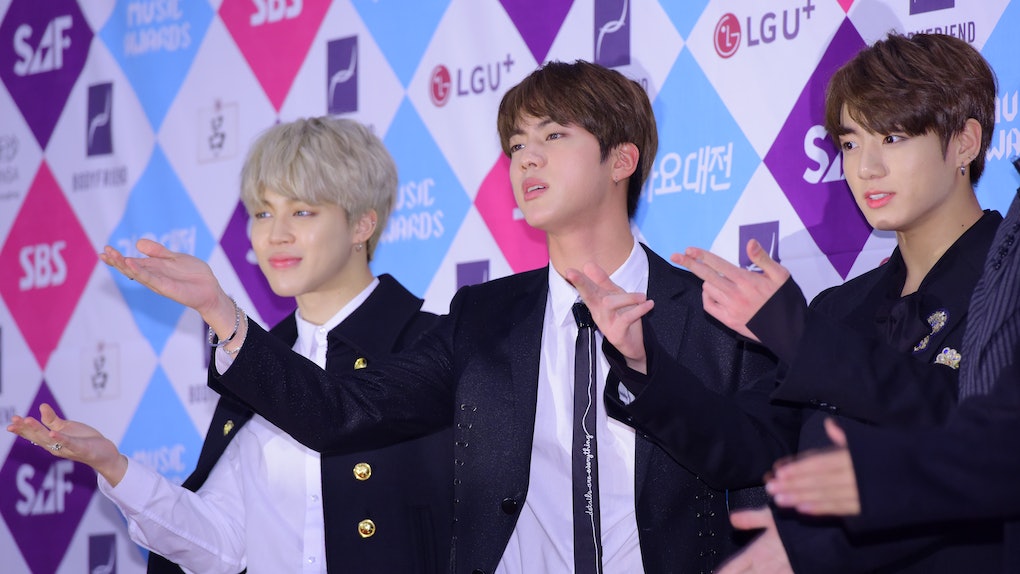 2021 has already been a great year for ARMYs. From watching BTS take the Grammys to seeing them jam out on the iconic MTV Unplugged stage, the loyal fanbase has enjoyed plenty of incredible performances from the group. But sometimes the most special shows are the most unexpected ones. Case in point: BTS' Jimin and Jin's videos singing in a car, which gave ARMYs a surprise a cappella concert.

On Sunday, March 28, the official BTS twitter shared seven videos of the two members singing various songs while riding in a car, starting with their hit song "Dynamite." Jimin holds the camera, singing part of the song with his face mask pulled down, before swinging the camera over to Jin, who helps him launch into the chorus while driving. The duo continued to delight fans with performances of several other BTS bops: "Blue & Grey," "Moon," "Telepathy," "Filter," "Life Goes On," and "Dis-Ease."

Of course, this impromptu performance is just one of multiple exciting surprises the group has had for ARMYs lately. On Thursday, March 25, BTS made two major announcements: They're going to drop their fifth Japanese album BTS, The Best on June 16, and the lead single, "Film Out," will arrive on April 2. The group also previewed their new single's music video with an epic, movie trailer-style teaser (which makes sense, because the song is part of the upcoming Japanese movie SIGNAL The Movie Cold Case Investigation Unit).

There are bound to be even more exciting BTS announcements in the months to come, and as the group has made clear, they credit their passionate fanbase for helping them come as far as they have today. During a March 24 appearance on the Korean variety show You Quiz On The Block, BTS kept thanking the ARMYs for helping them achieve their dreams.