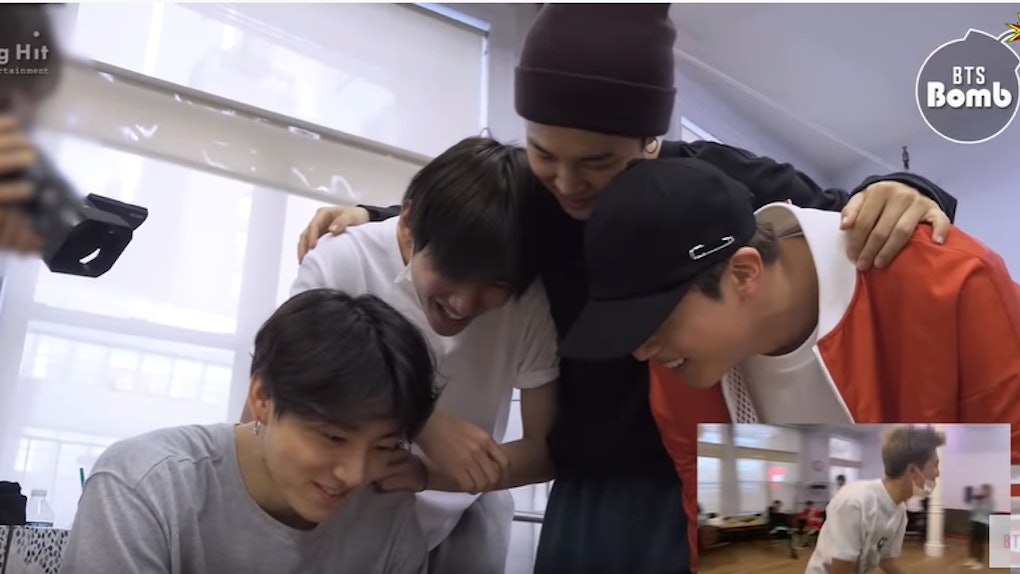 Before performing live in Times Square as part of Dick Clark's New Year's Rockin' Eve With Ryan Seacrest, BTS ended 2019 by reflecting on their favorite memories from the past year. BTS truly lived life to the fullest, as the guys did so much in just 365 days. BTS' 2020 New Year's Eve videos recap the guys' biggest moments of 2019 together, and it's making fans very emotional.

Instead of dropping the videos as a surprise like BTS usually does, Big Hit gave fans a heads up on Twitter just a day before New Year's Eve. On Dec. 30, Big Hit announced they would be releasing BTS' "It Was Fun, 2019!" videos as part of its #BigHitArtistMoments. Along with the announcement, the company shared a photo that showed several of BTS' stand-out memories of 2019, like filming RM's "Intro: Persona" video, performing at the Jingle Ball, and posing for their annual Summer Package.

On Dec. 31, the time arrived for BTS' 2019 send-off, and, while fans knew it was coming, they still weren't prepared for what BTS had to share, since they uploaded so many YouTube clips one after the other.

The second upload was RM rapping to "Skool Luv Affair," with all the guys hyping him up in the background.

Next up, the group shared a stage cam of their "Let Go" performance from their Japan fan meeting on Dec 15.

The BTS ARMY was spoiled by BTS this New Year's Eve. It was the gift-giving season, after all.