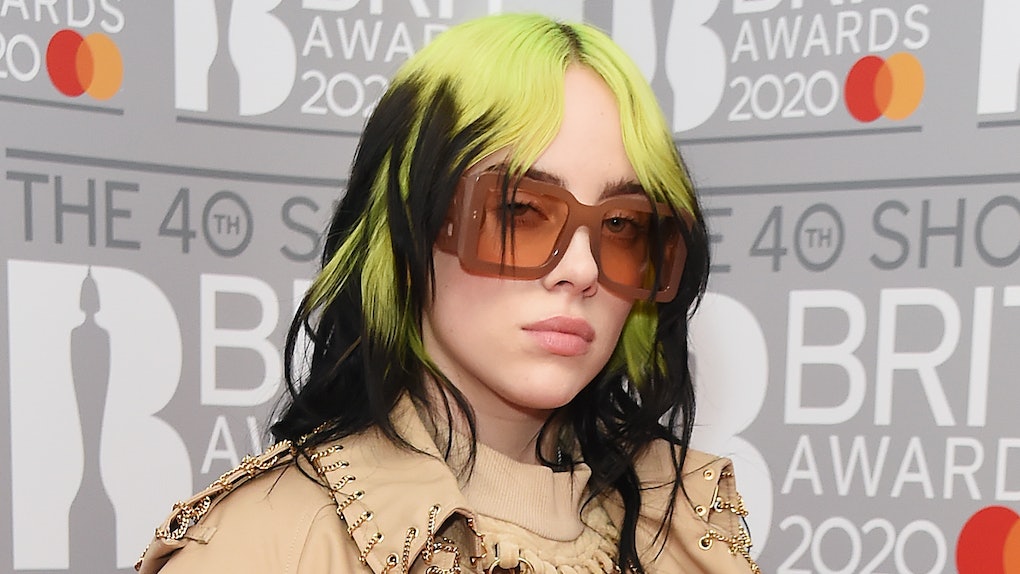 Billie Eilish is confident enough to take the stage in front of thousands of fans, but, from time to time, even she gets nervous. In a new interview, the pop star explained the No. 1 thing that makes her anxious is not living up to fans' expectations. Billie Eilish's quotes about meeting fans were so, so honest.

Eilish made the surprising admission during a Feb. 23 appearance on The Late Show with Stephen Colbert. The singer explained that while she meets plenty of fans, she fears the possibility of disappointing them.

“I wanted to be the artist that I would want to be a fan of,” Eilish told the talk show host. “The idea that somebody could meet me and have a bad experience makes me wanna jump off a cliff, like, seriously. I want everyone that I come in contact with to feel completely just the highest high that they could possibly feel.”

Eilish also spoke out on one of the most disappointing moments she experienced throughout the past year: Having to cancel her When We All Fall Asleep, Where Do We Go? tour dates due to the global coronavirus pandemic.

“It felt the same as it felt for everybody else. It was so weird,” said Eilish. “Like, none of the year went at all the way I thought [it would], and … I really think that’s for everyone, obviously. I think I’m just glad that I had the year before that to really have a moment.”

You can see Eilish's interview with Colbert below.

If there was one takeaway from the pop star's interview, it's that she's still getting used to the change of pace she's experiencing lately.

“The year sucked, and if I could go back and change it, I would, but at the same time, I’ve gotten more time off than I’ve ever ever ever ever had,” she told Colbert. “Of course I think that goes for everyone. But that was true for me after two weeks of it. Two weeks already at the beginning of quarantine was the most time I had off in, like, four years.”

She may not be meeting fans face to face at the moment, but something tells me few fans leave Eilish's meet and greets without smiles on their faces.