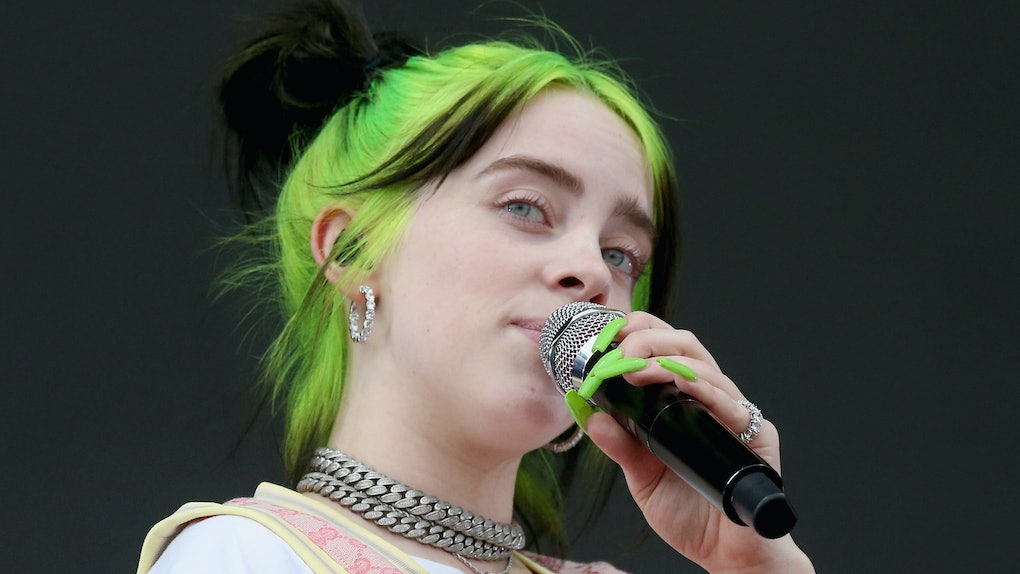 No song of Billie Eilish's technically "gets old," but any day that the singer drops a new song is a good day in my book. The 17-year-old hit-maker has dropped her latest bop "Everything I Wanted," and let's just say I can relate to the title. Equally as relatable? The lyrics. I'm convinced Billie Eilish's "Everything I Wanted" lyrics were written with all of us in mind.

Before we dig deeper into the flawless songwriting skills that Eilish employed here, let me first point out how important this release is for the pop star. Everything I wanted marks Eilish's first original release since she dropped her album, When We Fall Asleep, Where Do We Go? back in April. That means Eilish just might have even more new music on the way, and, if we're lucky, a full album.

Eilish was tight-lipped about the new song ahead of its release, and now that it's here, it didn't disappoint. The emotional ballad is a tribute to her brother and producer, Finneas O' Connell. Eilish emotionally thanks her big bro for being by her side while she grapples with the high price of being a superstar.

There were a few standout lyrics from the get-go and the first verse definitely includes a number of them.

The song then takes an even deeper dive into Eilish's feelings on fame. Take a look at the incredibly impactful lyrics below:

I had a dream I got everything I wanted

Not what’d you think

And if I’m bein’ honest

it might’ve been a nightmare

Thought I could fly

So I stepped off the Golden

Nobody cried, nobody even noticed

I saw them standing right there

I had a dream I got everything I wanted

But when I wake up I see you with me

And you say, "As long as I'm here no one can hurt you

"Don't want to lie here but you can learn to

If I can change the way that you see yourself

You wouldn't wonder why you hear, "they don't deserve you"

I tried to scream but my head was underwater

They called me weak, like I'm not just somebody's daughter

Could've been a nightmare, but it felt like they were right there

And it feels like yesterday was a year ago

But I don't want to let anybody know'

Cause everybody wants something from me now.

And I don't wanna let em' down

If I knew it all then, would I do it again?

Would I do it again?

What would they say instead?

If I knew it all then, would I do it again?

Would I do it again?

What would they say instead?

More like this
What Do BTS' "Film Out" Lyrics Mean In English? They're About A Past Relationship
By Michele Mendez
These Tweets Comparing SuperM's "We Do" To BTS' "Dynamite" Video Are So Split
By Michele Mendez
Taylor Swift's 'Fearless (Taylor's Version)' Lyric Changes Are Small, But Meaningful
By Michele Mendez
Stay up to date