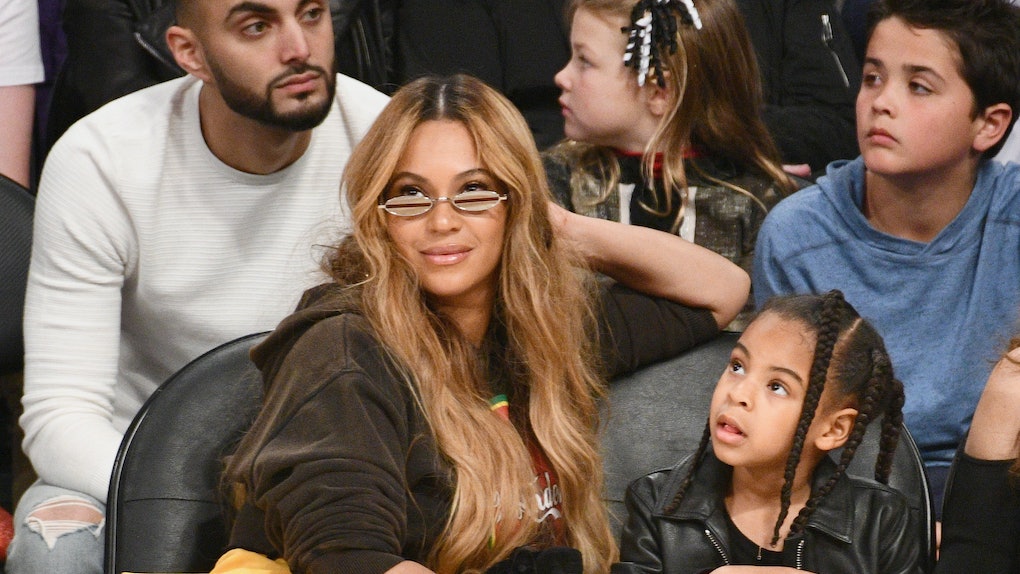 Beyonce's Favorite Vegan Foods Will Satisfy All Your Cravings, So Here's How To Make Them

Beyoncé decided to go vegan right before Coachella, so I decided to go vegan right before Coachella. JK, I'm not quite ready to part with my beloved meats and cheeses just yet, but Queen Bey sure is. Over the weekend, the "Hold Up" singer shared an Instagram of her and her dancers rehearsing ahead of the April music festival, and in the caption, Bey declared that it is now officially "Vegan Time!!" Cue me and the rest of the Beyoncé stans in the world looking up Beyoncé's favorite vegan foods to figure out how to eat like a queen for the next month.

If you've been following (or, more accurately, worshipping) Beyoncé for a while now, then you probably know this is far from the first time the singer has gone vegan. According to The New York Times, she and JAY-Z embarked on a 22-day vegan challenge together for the first time back in December 2013, when they'd just become partners in a vegan meal delivery service created by their trainer and life coach Marco Borges. That service, called 22 Days Nutrition, quickly took off in popularity after getting the Bey-and-JAY seal of approval, and now, the couple regularly returns to this same 22-day vegan challenge.

In a 2015 interview with People, Borges explained why the power couple loves this program so much, and why they keep coming back to it:

They walked away with a greater understanding of the powerful benefits of plant-based nutrition. They were getting people saying, "Your skin has this glow." And who doesn’t like being told they look awesome?

But it's not just your appearance that can change. "[Vegan] foods typically promote good digestion and detoxification, efficiently nourishing and eliminating toxins from the body," says Paula Simpson, a holistic nutritionist, biochemist, and co-founder of Zea Skin Solutions. These benefits, she tells Elite Daily, not only make you look great on the outside, but they make you feel great on the inside, too.

Now, I would tell you to go for the full Beyoncé experience and try 22 Days Nutrition's actual 22-day meal plan, but unless you've got over $600 to shell out at the moment, you might need something a bit more affordable to get you started. Trust me, you don't have to be as rich as Beyoncé to eat like Beyoncé. Here are a few of her favorite vegan foods, and ways you can replicate them at home.

1. Avocado Toast, Because Of Course

People can make fun of millennials all they want for eating avocado toast, because as long as Beyoncé's into it, who cares what the haters have to say?

The "Irreplaceable" singer Instagrammed a photo of a decadent-looking avocado toast over the weekend as part of her "vegan time" announcement, and while your guess is as good as mine as to what's actually piled atop Bey's creation (perhaps red peppers and mint leaves?), there are countless ways to prepare the plant-based dish at home.

The Edgy Veg lists three super simple vegan avocado toast recipes, and personally, I've got my eye on the one with tomatoes and a pesto vinaigrette. Yum.

The cost of a full 22-day meal plan may be a bit too steep for most of us, but the protein bars are definitely more affordable, and they're still 100 percent Bey-certified.

Plus, as Dr. Jamie Koufman, co-author of Acid Reflux in Children, tells Elite Daily, "bringing food/snacks when you travel and to work" is a great way to stick to your vegan goals. These protein bars from 22 Days Nutrition are the perfect pick-me-up to stick right into your work bag whenever you need a quick, on-the-go bite.

Back in 2014, Borges told E! Online that Beyoncé's "go-to snack" was any of the 22 Days Nutrition protein bars. "Her favorite flavors are Peanut Chocolate-Chip Nirvana, Cherry Chocolate Bliss and Pineapple Chocolate-Chip Wonder," Borges said. Damn Bey, you have some seriously good taste, girl.

Who ever said pizza can't be vegan? Borges told People that one of Beyoncé and JAY-Z's favorite vegan meals comes from his recipe book The 22-Day Revolution: a delicious thin-crust pizza.

Fair warning: The recipe, which can be found in full here, includes a few ingredients you might not already have in your kitchen (especially if you don't usually stick to a vegan diet), like brown-rice flour and tapioca flour, which you'll need to make the pizza dough.

The "cheese" is made from a unique and tasty blend of cashews, lemon juice, apple cider vinegar, and sea salt to taste, according to People. I don't know about you guys, but my mouth is watering just thinking about this meal.

When Beyoncé and JAY-Z went vegan for the first time in 2013, the Lemonade singer Instagrammed a photo of a heavenly-looking vegan mac and cheese dish, proving that a) comfort food can absolutely be vegan, and b) you really don't have to give up any of your favorite dishes when you go plant-based. You just have to be open to experimenting with new ways of preparing your go-to meals.

There are a ton of vegan mac and cheese recipes you can find online, but my personal favorite comes from The Minimalist Baker, because their take on the dish is super simple, and they've even come up with a gluten-free version, if that's something you're looking for. The food blog said one of the keys to getting that signature cheesy flavor, without adding actual cheese, is the nutritional yeast. "I got nutritional yeast in my bag, swag" doesn't quite have the same ring to it as the original "Formation" lyrics, but I digress.

And hey, if you're feeling especially lazy, and you don't feel like working through a whole recipe, there's always Annie's boxed vegan mac and cheese.

5. Vegan Portobello Mushroom, If You Want To Get Fancy

Served alongside her vegan mac and cheese, Queen Bey appears to be a fan of vegan portobello mushrooms, too. Not only are there countless different ways to prepare them, but the health benefits are too good to pass up: According to SFGate, the B vitamins in portobello mushrooms will help improve your energy levels, while the phosphorus promotes good bone strength.

A Virtual Vegan has a delicious vegan portobello pot roast that sounds almost too good to be true, but thank the lord it's not. The food blog's recipe calls for about an hour and a half of your time in the kitchen, so bookmark this dish for a decadent Sunday night dinner.