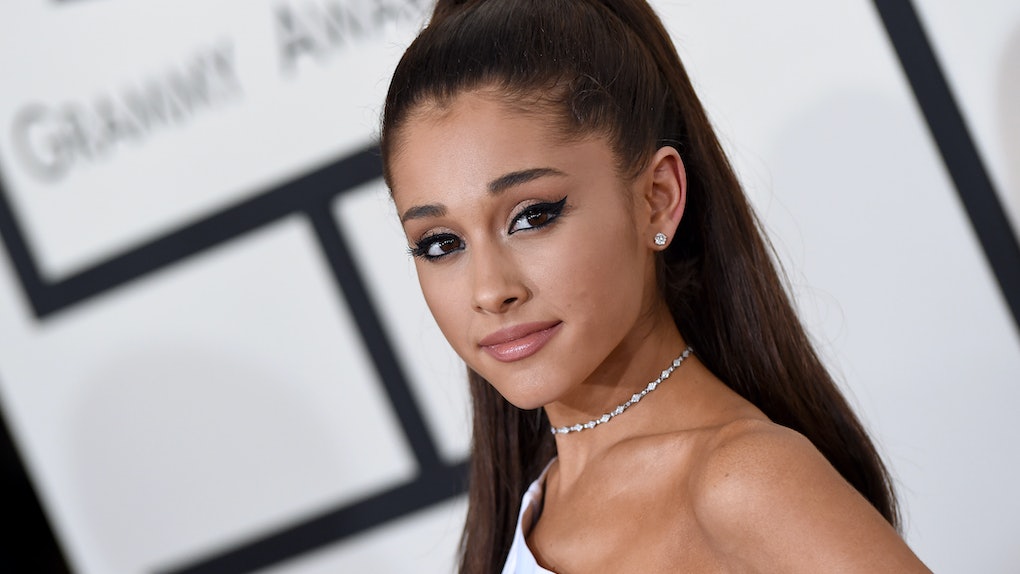 Ariana Grande's Reaction To Her 2020 Grammy Nominations Is So Emotional

Arianators aren't the only ones who went off with excitement on social media over Ariana Grande's five 2020 Grammy Award nominations. The "Thank U, Next" singer posted an emotional Instagram to thank her fans for helping her achieve the honor, and it perfectly articulated her feelings. Ariana Grande's reaction to her 2020 Grammy nominations is so heartfelt.

Grande was nominated in the following categories: Best Pop Solo, Record of the Year, Album of the Year, Best Pop Vocal Album, and Best Pop Duo/Group Performance. Based on her social media reactions, Grande could not contain her excitement, and rightfully so.

"Hello i had to share this here as well i’m sorry," she captioned her Instagram post. "Thank u for acknowledging this music my beautiful best friends and i created in just a few weeks together. the acknowledgement is truly more than enough on its own for me and my heart. Thank u. pls allow me to bring literally all of my friends who worked on it to sit around me so they can make sure my heart is still beating lmao. so much love and gratitude."

Grande gave a shout out to fellow artists nominated in her categories as well. "I have to say congratulations to all of my other friends that have been nominated this year for their brilliant work as well," she wrote. "I cant wait to celebrate everyone together."

The former Victorious star shared her thanks to the Recording Academy in a tweet. "Crying. moved and honored," she tweeted. "Thank u @RecordingAcad."

Grande released "Thank U, Next" as a single in November 2018 on the heels of her split from ex-fiancé, Pete Davidson. In February 2019, she dropped the complete album.

Grande didn't attend the 2019 Grammys despite being nominated in multiple categories amid reports she had creative differences with the show's producers about her performance. Whatever the reason was for her skipping the show, she expressed her regret on Twitter before the show started.

Considering that, this year's honors are so much sweeter.

Though 2019 was a challenging year for Grande, she persevered and, now, her hard work is being recognized by the Recording Academy. Grande is clearly as ecstatic as her fans about the potential to walk away with a handful of Grammys in January 2020.

More like this
Olivia Rodrigo's Reaction To Getting Her First Parking Ticket Was Priceless
By Brandy Robidoux
Demi Lovato Said She Won't Share Details About Her Recovery Again After Being Criticized
By Brandy Robidoux
When Will BLACKPINK's Lisa Make Her Solo Debut? It May Be Right Around The Corner
By Michele Mendez
Stay up to date