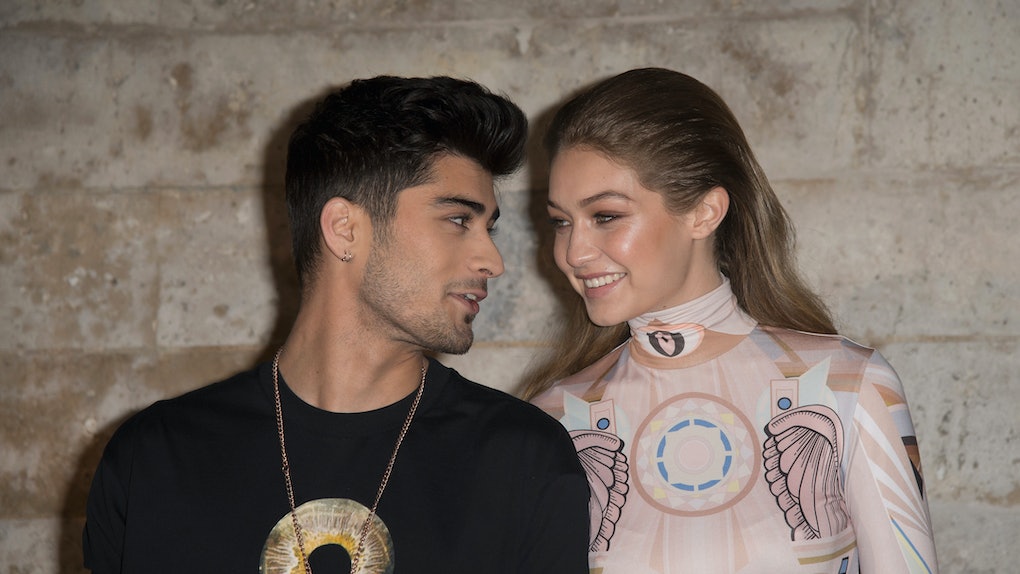 Are Zayn Malik And Gigi Hadid Back Together? This Update Is Discouraging

If you’ve been crossing your fingers that Gigi Hadid and Zayn Malik would eventually find their way back into each others’ arms, I have good news and bad news. Let’s start with the good news: The two are still talking, which seems promising AF. But are Zayn Malik and Gigi Hadid back together? A new Us Weekly report is here to crush your hopes and dreams.

In the November 20 report, a source told Us Weekly that the couple has remained in contact since their breakup in January of 2019. This coincides with another E! News report that the two have been in touch. The source noted that they had not been communicating for a while (which isn’t all that surprising — see: Tyler Cameron), but that has recently changed. (Elite Daily has reached out to both stars' reps for comment, and did not hear back in time for this publication.)

"She is supportive of him,” the source told E! News. “They chat here and there but it's been casual."

The source also revealed that Hadid has “always had a soft spot for Zayn."

So, there’s that. But at the same time, it seems they have no plans to rekindle their romance. Us Weekly’s source exclusively told the publication that while Hadid “still has some lingering feelings for Malik,” she “won’t go through getting back together with him.” Why, you ask? Well, apparently, it’s “way too stressful for her,” according to the source.

And TBH, can you blame her? An on-again, off-again relationship like theirs can be emotionally taxing in itself. Now add in the pressures that come with fame, and it’s understandable why it might be too much. At the time of their breakup earlier this year, a source told Us Weekly that Malik has “a lot of his own issues that she couldn’t help him get through.” Not only that, but Us Weekly’s most recent source added that Hadid “cut herself off from all her friends” when she and Malik were together.

“She focused all her time and energy on him, but it just got to be too much,” the source concluded.

Unsurprisingly, the source also told Us Weekly that Hadid and Malik were spending more time together before her romance with Tyler Cameron, which ended in early October. In fact, according to Us Weekly, a source divulged that Malik sold his $10 million New York City penthouse when she started dating Cameron — and that he initially bought those digs just to be closer to Hadid, (my heart, you guys).

So, who knows? Now that Hadid and Cameron are no longer an item, Hadid and Malik may be able to reconnect on a deeper level. Only time will tell whether that’s to forge a friendship or something more. In the meantime, Hadid seems to be allowing Malik to work on himself on his own while she takes care of herself, which is a super healthy way to go about things (and definitely not easy when you still have feelings for someone).

More like this
Matt James & Rachael Kirkconnell Reportedly Aren't Together After Their Rumored Reunion
By Joyann Jeffrey
Zoë Kravitz's Instagram With Taylour Paige Shows Them Looking So Happy Together
By Candice Jalili
Are Timothée Chalamet & Lily-Rose Depp Back Together? Here's Why Fans Think So
By Candice Jalili
Stay up to date