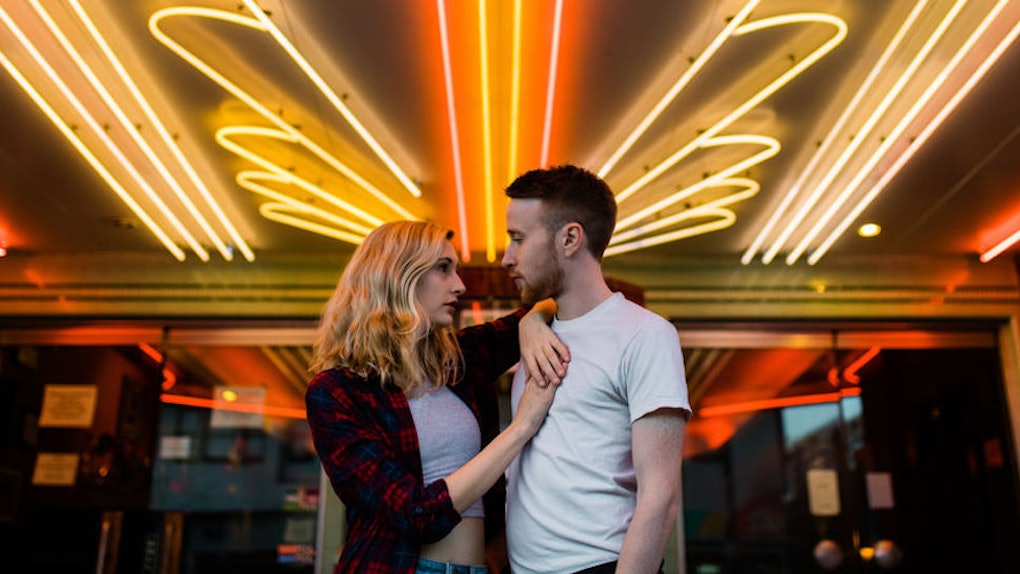 Are You Breaking Up If You’re “On A Break”? An Expert Reveals The Signs You Might Be

There's something palpably final about deciding to break up. Even if you end up eventually getting back together, in the moment it usually feels like you've reached the end of a relationship for good. However, "taking a break" can make knowing where you stand with someone super unclear. This is often why so many people find themselves wondering — are you breaking up if you’re "on a break"?

The truth of the matter is that it totally depends. I think we can all likely think of situations where couples have decided to press pause on their relationship for whatever reason and realized in the process that they are totally meant to be together. I can also think of some examples when taking a break was really just a euphemism for breaking up without having to feel the full weight of permanently parting ways. I spoke with NYC relationship expert Susan Winter to get her take on what it really means to "take a break" and if temporarily separating actually has any benefits.

"Taking a break means there's a problem in the relationship," Winter tells Elite Daily. "Breaks tend to occur when both parties have come to a stalemate. One partner may be rethinking the relationship entirely, or they may need time alone to manage an internal issue that's impacting the partnership."

So, how do you know if you're headed toward a full-on split? Well, according to Winter, the following signs could spell trouble.

1. You don't stay in touch during the break.

"Basically, you're ghosted," warns Winter. "If your partner goes radio silent or falls completely off the grid, that's a red flag. What was meant to be a break has now become a sneaky exit strategy."

Yikes! Naturally, it's unreasonable to expect to remain in constant contact. Otherwise, there wouldn't be much of a point to taking a pause. That being said, it is reasonable to keep in regular contact, like you would with a really close friend.

2. You aren't clear on the exact reason behind the break.

"A break can be helpful to a relationship if both parties are in agreement as to its relevance," explains Winter.

So if you've found yourself agreeing to take a break without really understanding what you or your partner's goals in doing so are, then this could be a problem.

"If you're confused as to why your partner needs a break (and they're vague on the reasons), watch out," says Winter. "Their choice to backpedal has nothing to do with bettering the partnership."

3. Your partner stalls on when to get back together.

It makes sense that what differentiates "taking a break" from "breaking up" is that the former implies that you both have a plan to get back together in the future but may benefit from some time apart. According to Winter, it's really important to discuss with your partner what the timeline for the break actually is. By being transparent about how long you both envision pressing pause, you're ensuring that you are both on the same page.

"Stalling on the timeline to reconnect is an indicator that your partner is trying to backpedal out of the relationship," says Winter.

4. Neither of you use the time apart to support personal growth.

"The purpose of a break is to make the relationship better," says Winter. "And if this is the real purpose for the temporary separation, then both individuals need to be working to become better versions of themselves for the partnership."

So, be sure to listen carefully when you and your partner discuss the reasons for the break. If it doesn't sound like you both intend on putting work into bettering yourselves, then you could be headed towards Splitsville.

Ultimately, deciding to take some time away from the one you love can be really tough. The good news is that it doesn't always mean that the relationship is over. As long as you both are on the same page, then a break could be an opportunity for you both to grow and come back to one another stronger than ever.