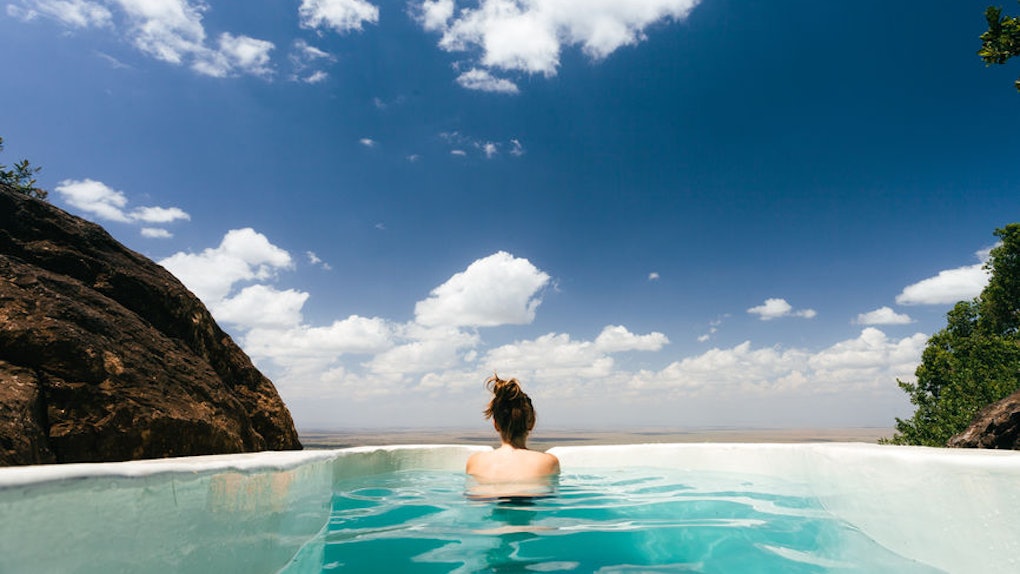 Are Vacations Good For Your Health? R&R Helps You Live Longer, Study Says, So Take Off ASAP

You need a vacation, I need a vacation — but seriously, who has the time? Between working your tail off at the office, taking classes on the side, and trying to stay on top of social events, it’s hard enough to pencil in one day to yourself that won’t entirely throw off your whole schedule. But listen: According to new research, vacations are good for your health, and just because adulting is a lot harder than you imagined it would be, not to mention you now have a laundry list of to-dos you’re responsible for, that doesn’t mean your well-being should get pushed to the side as a result. So do yourself a favor and dust off that long-forgotten passport, or heck, plan a three-day staycation in your pajamas. Whatever you do, don’t think about work or school — your only obligation is you.

Is it just me, or are you also picking up what science is putting down for us lately? Recent research has found that not only are there health benefits to being lazy, but that the happier you are, the longer you’ll live, too. Now experts are encouraging you to take advantage of your vacation days in order to lead a long, happy life? I can’t be the only one noticing a pattern here. See, being a little lazy now and again keeps you cool, calm, and collected, and when you feel relaxed, you feel happy. In other words, laziness plus happiness equals vacation — now that’s one mathematical equation even I can understand.

Still, if this logic only involved simple math from the get-go, you wouldn’t need research to sway you. But, seeing as how, per Project: Time Off’s statistics, a whopping 52 percent of American employees had leftover vacation days by the end of 2017 (and that’s considered an improvement from 2016), you could probably use some persuading. So get this: A study presented at the 2018 European Society of Cardiology Congress, and accepted for publication in The Journal of Nutrition, Health and Aging, analyzed the health and lifestyle habits of over 1,200 middle-aged men born between 1919 and 1934, who were recruited for the research between 1974 and 1975, according to a press release. The participants were split into two groups — a control group and an intervention group — and were initially studied over the course of only five years. Those in the intervention group were encouraged to do aerobic exercises, take specific medications, eat a healthy diet, and stop smoking (if applicable), while the men in the control group went about their daily lives without special assistance or restrictions. The results showed that, during this time, the men in the intervention group were at a lower risk of developing heart disease, but when researchers followed up 15 years later, interestingly enough, there were more deaths in the intervention group than in the control group.

I know what you’re probably thinking: What does any of this have to do with vacation? Well, the researchers ended up extending their analysis to a 40-year study, and when they followed up on death rates in these two groups of men in 2014, they continued to be higher in the intervention group compared to the control group until 2004, and the rates seemed to balance out between 2004 and 2014. It turns out, according to the study's press release, the men who only took three weeks or less of vacation time had a 37 percent greater chance of dying between 1974 and 2004 than those who took at least three or more weeks of vacation time. Are you seeing the problem? To break it down even further, Professor Timo Strandberg, of the University of Helsinki in Finland simplified these findings in a statement:

In our study, men with shorter vacations worked more and slept less than those who took longer vacations. This stressful lifestyle may have overruled any benefit of the intervention. We think the intervention itself may also have had an adverse psychological effect on these men by adding stress to their lives.

In other words, even if you're actively working to become a healthier person, too much of any kind of work, even if it’s in your best interest, has the potential to put a strain on your well-being, and that's where the health benefits of a vacation come in. According to Françoise Decatrel, founder and formulator of the Japanese body-care line AMAYORI, your vacations are vital to optimizing your mental and physical health, even in the littlest, most subtle ways. For example, your upper-body muscles can become so tense if you work in an office that has you sitting at a desk for eight hours or more every day. But when you’re on vacation, Decatrel tells Elite Daily, your shoulders and back muscles “become more supple and fluid,” returning to their true nature of grace and fluidity, because vacation allows you to finally "relax and let go of stress in the body," she says.

In terms of your mental health, Decatrel attributes that newfound sense of calm you feel after a few days off to two things: the act of letting go of everyday stressors, and, if you travel somewhere new, immersing yourself in an unfamiliar environment. "There is not much better for stress than stopping and doing nothing," she says. "Wherever you go, make sure to take time and be in the moment — enjoy watching and hearing ocean waves, or simply watch people living their lives in a different environment. Be present and connect with yourself."

Unfortunately, as much as you might be craving a backpacking trip through Europe or a getaway to an exotic island, you might not always have the financial means to make it happen (and, if you do, let's be friends). Luckily, though, vacation doesn't always have to mean booking a flight or driving for hours to a destination. Vacation, Robert Glatter, M.D., an assistant professor of Emergency Medicine at Lenox Hill Hospital, Northwell Health, says, is a state of mind. "A vacation simply requires you to remove yourself from your normal daily activities, and create an alternative plan that cultivates a new state of mind," he tells Elite Daily. "Sure, a new location may help, but just taking a break from normal work activities may slow you to escape to a new reality."

So, if a days-long trip will break the bank, skip the travel and treat yourself to a little R&R right in your own home or neighborhood. Things like catching a movie, booking a massage, taking a leisurely walk in the park, or meeting with a friend for coffee are all simple ways to relax and reboot when you're in dire need of vacation vibes. Take a day or two off out of the blue, wear your favorite, most comfortable clothes, order delicious takeout, and maybe even pour yourself a couple glasses of wine with dinner. You don't have to relocate to take a vacation — you just have to relax.