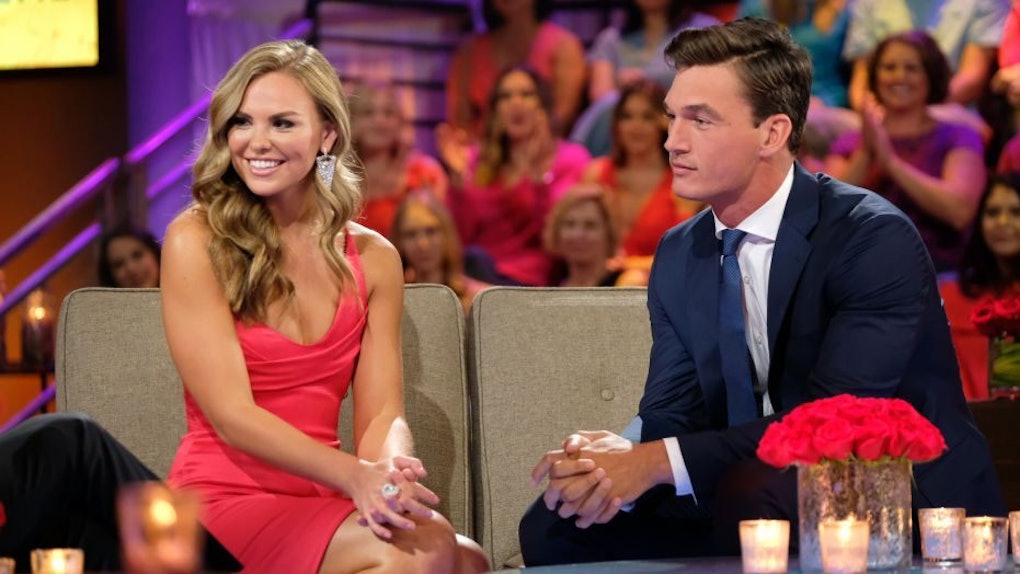 Are Tyler Cameron & Hannah Brown Talking? This Update Is A Bummer

There's been a lot of focus on his budding reported relationship with Gigi Hadid lately, but are Tyler Cameron and Hannah Brown talking? Well, according to Brown, they're not exactly keeping in touch. “I think he’s been so busy,” she told Extra on Aug. 19. “I’ve been so busy. I’m focusing on what’s next for me and trying to get my bearings around this new city that I’m living in. I wish him well. And I know that he does the same for me.”

OK, so that's just a really nice, fancy way to say that they're not talking. I mean, to be fair, would you want to be chatting it up with your ex who you just recently ended things with after having seen pictures of him out and about with a supermodel in New York? I know I probably wouldn't.

A quick refresher on what's been going on between between Cameron and Hadid: While neither have made any comment about their possible relationship, Hadid and Cameron have reportedly been spotted hanging out around New York City since Aug. 4 when an onlooker reportedly spotted them grabbing drinks at Soho House in Brooklyn. That first reported hangout raised a lot of eyebrows because, according to Us Weekly, Cameron was reportedly spotted leaving Brown's Los Angeles home on Aug. 2. “He spent the night,” a source told Us Weekly on Aug. 2. “He went to her house and stayed there and left in the morning.”

Since then, it seems as though Cameron has made a choice to spend more time with Hadid and Brown hasn't been shy about how that makes her feel.

Brown got especially honest about her feelings during an episode of the Bachelor Happy Hour podcast that aired on Aug. 7. It all started when one of the show's hosts, Rachel Lindsay, brought up her take on everything that's been going down between Hadid and Cameron. "I guess I find it disrespectful," Lindsay told Brown. "It's kind of like, bro, slow your roll. You're on Twitter talking about 'Hannah's the queen' and preaching about respect, but then you're being a little disrespectful by dating [Hadid] in such a public way where you know it's going to get so much attention. I think that's my beef with it."

Brown shared a similar sentiment. "I think that's my beef with it, too," she said. "We are not dating-dating, at all, we hung out, but we also had conversations of both, like, knowing that there's still something there."

"When you are in the public eye, you do have to just be respectful of each other," Brown continued. "And yeah, I wish I would've got a little bit more than two days, but, you know, it's OK."

At the end of the day, Brown said the whole thing left her feeling a bit confused. "He has every right to do whatever he wants because we were, you know, just hanging out, seeing where it goes," she told Lindsay and her co-host Ali Fedotowsky-Mann. "And I am completely fine with that. It was a little confusing, but he can do whatever he wants to, and I know that I can, too."