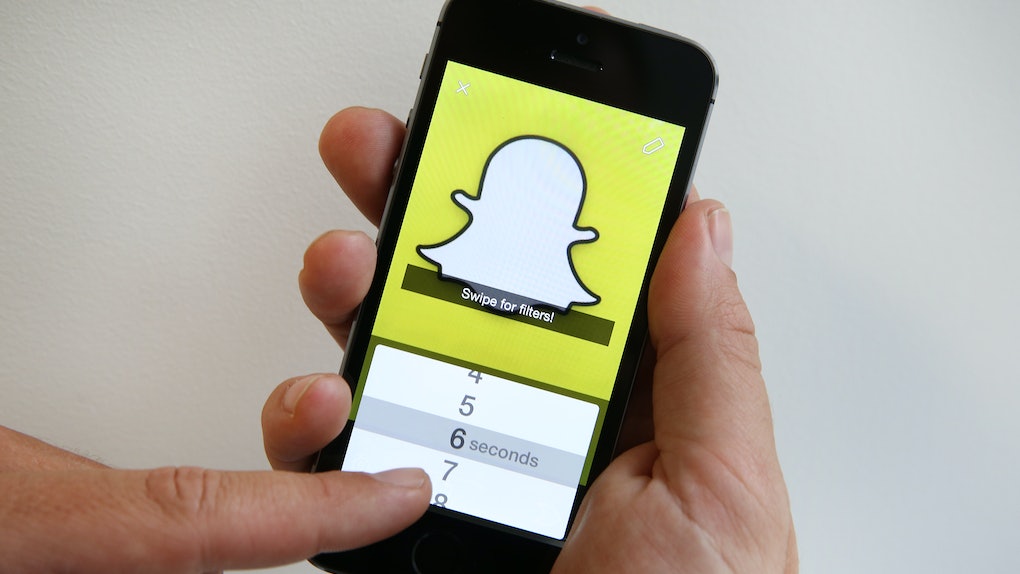 Are There Ads On Snapchat? You Might Have To Sit Though 3 Seconds Of Clips Soon

It quite possibly could be time to test that whole "patience is a virtue" theory on social media, so brace yourself. Although there are selfies to take and Bitmojis to share, you just might have to hang tight a tad longer before connecting with friends. As rumors begin to swirl about potential new updates, everyone is starting to wonder, "Are there ads on Snapchat?"

The social media fan-favorite has been toying with the idea of running ads that users can skip only after three seconds, according to reports. Although it's unclear where these ads will appear within the app — and if they're debuting at all — one thing's for sure: It could potentially be a big change. Considering the team had doubts in the past, it's certainly an approach that's not taken lightly. Elite Daily has reached out to Snapchat for comment, but the company declined to comment on the reports.

In the grand scheme of things, three seconds (or even more) might not feel terribly lengthy. In the name of selfies and puppy face filters, you can certainly watch some footage before embarking on your latest posts. However, AdAge reports that average view times for ads typically do not even reach a second — one second. Let that sink in.

Consider this potential update akin to YouTube's TrueView ads. Those visiting the site have to wait a whole five seconds before skipping those bad boys, so perhaps Snapchat's plans aren't so unthinkable. Those additional two seconds can feel like an eternity when you have something in mind.

Reports suggest — according to AdAge — that Snapchat's method could potentially attract more advertising partnerships with the company. Since its top execs are aware that its users tend to skew toward a younger audience, the ads might actually be something you're interested in. Take those extra few seconds — seconds — to digest what's being featured. You might actually be interested in what you see.

But if you have snaps on the brain (fair enough) don't sweat it. Before making your way into 2018 with new poses and silly faces, relive 2017 one last time. You can share your 2017 Snapchat Memories Story for one final dose of nostalgia before embarking on new beginnings.

Looking for one last hoorah? Find the screen that reads, "A Look Back at 2017" at the top of your Memories page. Once you click, you'll be brought to your very own 2017 Snapchat Story. There you have it: vacation pics, selfies you sent to your sister, and anything and everything in between. It's the best of the best — a reminder that 2017 wasn't all bad.

Want to share the goods with your BFF? You're in luck. After you click on your Story, you'll see three vertical dots on the upper righthand corner of your Snap. Once you click on those, an exporting screen will come up. Then, you'll see an option that reads "Send Snap." This will take you to your list of your Snap BFFs. From there, you can select who will receive clips from your Memories story (aka everyone, because why not?).

So is your SO out of the loop and not snapping? Don't let bae miss out on the action. There is the option to export the Snap and send it to Facebook or Instagram, or even save it in your camera roll. Deep breaths, folks, deep breaths.

The app has certainly provided fun features this year, and you'll just have to sit tight to see what happens next — ads, no ads, new face filters. Who knows? The sky's the limit. Happy snapping, my dears.