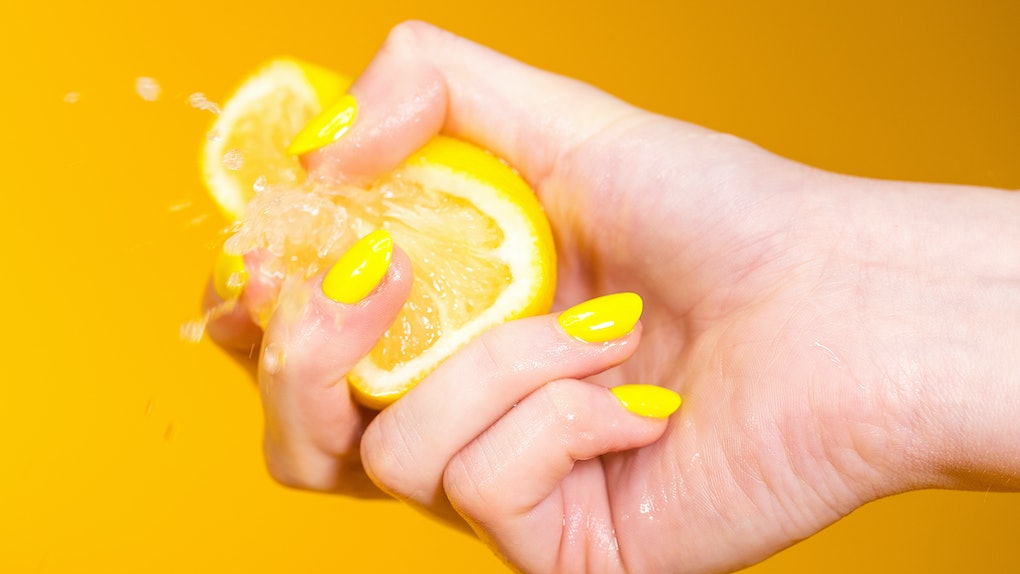 The liquid typically comes from the Skene’s glands, or paraurethral glands, which lie between the urethra and the vaginal opening. These glands help contribute to vaginal lubrication during sexual activity, but other than that, Dr. Lauren Streicher, Associate Clinical Professor of Obstetrics and Gynecology at The Feinberg School of Medicine, tells Elite Daily they don’t typically do much. (In fact, their specific purpose remains the subject of scientific debate.) “In most people, they’re not very well developed,” Streicher says. “In some women, they tend to be a little bit more developed, and at the time of orgasm, some women do emit fluid from these glands.” This fluid is described in a 2009 Medical Hypotheses study as a “viscous, white secretion” that is “unlike urine” in composition.

But the Skene’s glands are very close to the urethra, and sometimes, urine can get mixed in with ejaculate fluid. “A lot of women will lose a little urine at the time of orgasm, mainly because the pelvis contracts,” Streicher explains, noting that the exact amount of urine released may vary from person to person. “Not every woman, of course, has an ejaculation at the time of orgasm, and with the ones that do, most experts feel that it is probably a combination of both [urine and fluid],” Streicher says. “There are some people who may lose a little bit of urine, and there are some women that may have an emission from the Skene’s glands.”

All this gray area explains why squirting remains somewhat of a scientific controversy. “This is very, very difficult to study,” Streicher notes. “We know that there’s fluid, [and] fluid has been collected that appears to be a very dilute urine, but it’s really hard to know where the fluid is coming from.” She says the most important thing to know is that both situations are normal. “What I try and tell patients is, it really doesn’t matter, unless you’re bothered by it,” she explains. Some people squirt, some don’t, and for the most part, that’s impossible to change. If the fluid you squirt is mostly urine, you can potentially decrease the amount by emptying the bladder before sex or by treating urinary incontinence with a doctor. But in any case, you shouldn’t feel shame about whether or not you squirt — it’s just your body doing its natural thing! It also doesn't necessarily mean your orgasm is stronger, just that your Skene's glands are capable of expelling fluid.

“It’s normal if you do [squirt], and it’s normal if you don’t,” Streicher says. As long as you’re experiencing pleasure, that’s what matters most. And, as always, talk with your doctor about any specific questions you might have if you want to learn more about what’s happening in your body, during sex or otherwise.

Dr. Lauren Streicher, Associate Clinical Professor of Obstetrics and Gynecology at The Feinberg School of Medicine