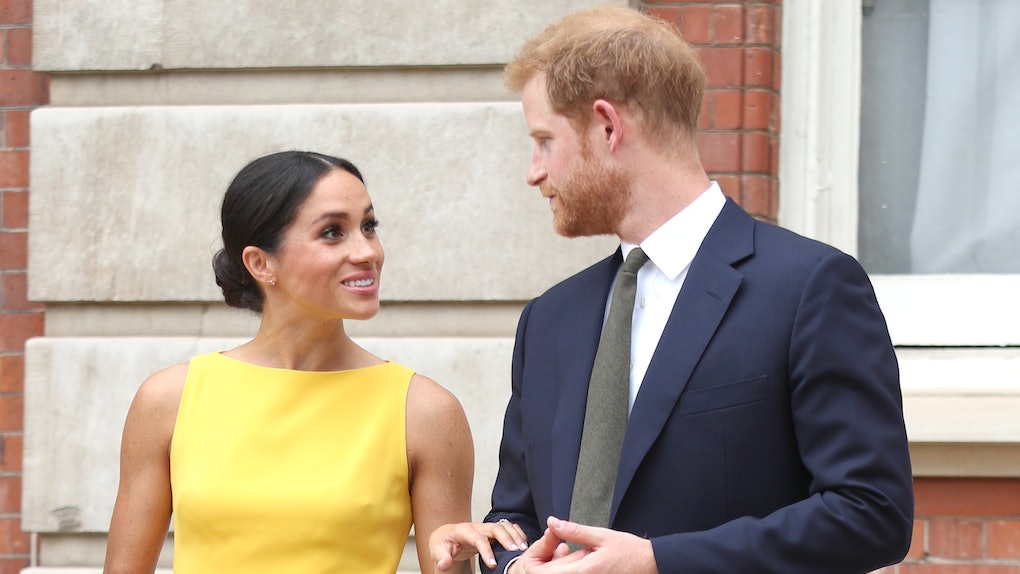 Are Prince Harry & Meghan Markle Compatible? A Matchmaker Weighs In

They've been all over your social media feeds for months, but you have to admit Prince Harry and Meghan Markle are magic together. From the way he looked at her during their wedding with nothing but adoration in his eyes, to her finding her role in his life as his wife and newly dubbed duchess, these two appear the happiest they've ever been. In terms of how they work as a couple, it's natural to wonder if Prince Harry and Meghan Markle are compatible.

I spoke with Brooke Wise of Wise Matchmaking, and psychotherapist and relationship expert Dr. Fran Walfish about what makes Harry and Meghan work as a couple. Beyond their obvious physical chemistry that's evident in their body language, they have common interests. Even though Meghan comes from a "commoner" background and Harry was obviously raised by royalty, they both are philanthropic.

Wise points out that Meghan said in her now-defunct blog The Tig that being involved with charities is "what feeds my soul and fuels my purpose."

Meghan has shown her philanthropic interests by being involved in One Young World, World Vision Canada, and the United Nations Entity for Gender Equality and the Empowerment of Women. Harry is involved in a number of charities, as well — such as WellChild and African Parks — and founded his own, the Invictus Games Foundation.

Their similarities don't stop there.

"They have similar dreams for the future and both peak candidly about their desire to start a family," Wise tells Elite Daily. "Although they are from completely different worlds, they have a mutual respect for their different upbringings."

Walfish points out the similarities between Harry and Meghan's parents' relationships.

"Prince Harry’s parents were ill-suited from the get go, came from different worlds, and sadly, their marriage ended in divorce," Walfish tells Elite Daily. "Meghan's parents' marriage, too, sadly ended in divorce. Both Harry and Meghan suffered traumatic losses during their childhoods. This is potentially a powerful bond that could be the permanent glue in their relationship."

Wise notes the parallels between Harry and Meghan's mothers. Even though Princess Diana and Doria Ragland lived vastly different lives, they both instilled a strong attitude in their respective children, and taught them to care about the world around them.

"Both have had strong mother figures in their lives and that's another commonality that they share and brings them closer," she says.

And of course, the fact that they were introduced to one another by a mutual friend points to another thing they have in common.

"Being a matchmaker, I can understand how that is an appealing way to meet someone, especially as he is royalty and she is an actress," Wise says, nothing that it can be difficult to meet a genuine person in those fields. "It can be hard when you are in the spotlight to meet someone who you can trust and who is genuine."

She says that them both being in the spotlight is only another thing for Meghan and Harry to bond over — it's something that ties them together and is a shared experience not everyone can simply understand.

Walfish agrees, saying that Meghan growing up around Hollywood glitz and glamour due to her father being a lighting director on Married with Children and General Hospital made Meghan aware of the celebrity lifestyle.

"Additionally, they are both active, outdoorsy, and seem like they are fun-loving and free spirited," says Wise.