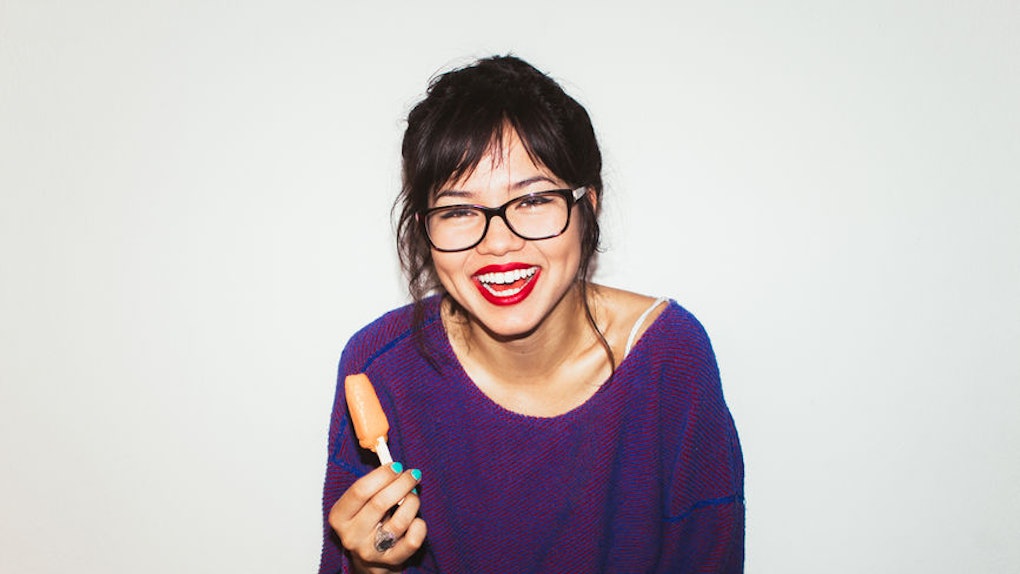 Are People With Glasses Smarter? Science Says They Actually Might Be & Here's Why

Have you ever caught someone trying to pull off glasses without any lenses, simply so that they could have that ~smart lewk~? There's definitely a certain studious vibe that you get with wearing glasses. Sometimes it can make you look intimidating, and sometimes it can just go with your outfit — and obviously, most of the time, glasses are literally there for you to help you see more clearly. But are people with glasses actually smarter? As it turns out, there's a little bit of evidence that argues this long-held stereotype just might really be true.

According to a recent study published in the journal Nature Communications, there's a strong correlation between higher levels of intelligence and the need to wear glasses, among other factors. The study was one of the largest of its kind, with the University of Edinburgh gathering data from more than 300,000 British citizens between the ages of 16 and 102. The research found that there was a "significant genetic overlap between general cognitive function, reaction time, and many health variables including eyesight, hypertension, and longevity." In other words, wearing glasses isn't just associated with an air of chic sophistication or, you know, not-so-great eyesight; it might also translate to better brain power, in addition to other health-related perks.

The study didn't give a particular reason for why the need to wear glasses seems to be associated with an innate intelligence, besides a conclusion that specific "genetic loci" (which are fixed positions on chromosomes) found in glasses-wearers might contribute to overall genetic health.

Still, if you're someone who wears glasses, science basically says you should own TF out of it.

However, as The Guardian points out, it's important to note that this study merely found associations between wearing glasses and higher intelligence, meaning the results should all be taken with a pretty big grain of salt, and that nothing here is definitive or conclusive. But hey, if you're someone who wears glasses, and this whole thing gives you a boost of confidence, why not lean into it a little?

Of course, these findings obviously only apply to people who wear glasses because they have to, rather than those who just want to match their shoes with their rims. If you're the person who wears the glasses with the lenses popped out, then you might need to find another, more legit source of confidence, my friend.

But why do some people have to wear glasses to begin with? You've probably heard someone talk before about being a little kid and not realizing trees had leaves because their vision was that blurry. The need for glasses is characterized by someone having "fuzzy vision," according to the University of Washington, though that fuzzy vision can differ from person to person. Some people have trouble seeing things that are far away (which makes them nearsighted), and some people have trouble doing things like reading because their vision is fuzzy when looking at things close-up (which makes them farsighted).

According to a 2015 report from The Vision Council, nearly 190 million Americans wear glasses, contact lenses, or use another form of vision correction.

However, even if it's not totally true that wearing glasses guarantees higher intelligence, there is some evidence to support the idea that wearing glasses can at least give the appearance of intelligence. According to Business Insider, there's a long, cultural history of glasses signaling superior smarts, primarily because the only people who wore glasses in earlier centuries had a need to see fine details.

But now that so many of us wear glasses, as opposed to just a small minority, it turns out that people have become a little picky about what types of glasses they find to indicate intelligence. According to a 2013 study published in The Jury Expert, for instance, you need to wear full-rim glasses rather than rimless glasses in order to attain that look of brilliance as perceived by other people.

Or you could just be yourself and not worry about glasses, unless they're serving a function for your eyesight. It's totally up to you.