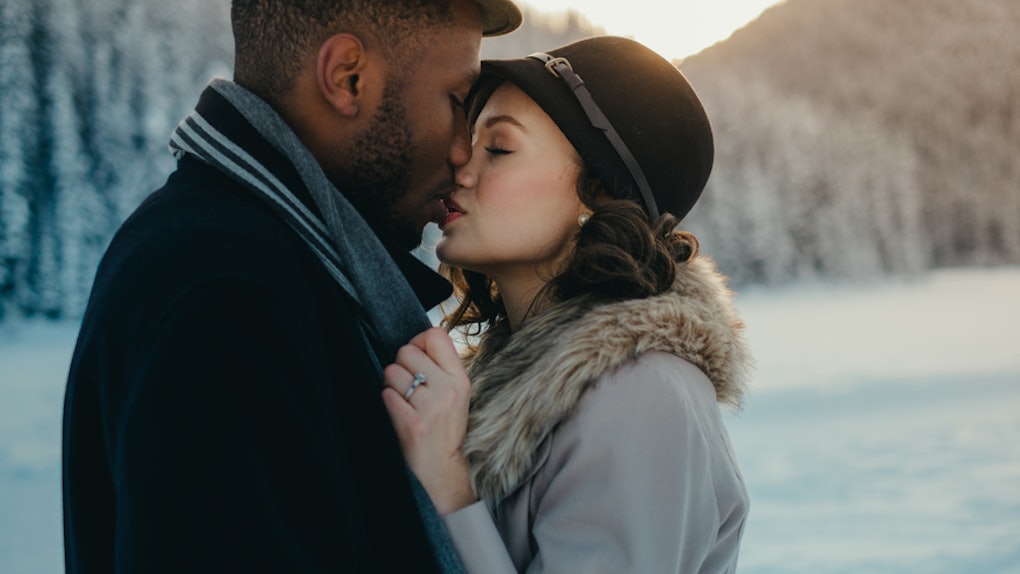 Are Interracial Relationships Different? Here's What These Couples Deal With That Other Couples Don't

By the year 2018, most of us would hope that a difference in race wouldn't be a point of contention anymore. I'm Iranian-American, and my boyfriend is pretty much as white as they come. To me, that difference has never been worth noting, but it does seem to be an exciting talking point for other people. I often get asked how my parents "feel" about me dating someone "like him." I have to imagine I wouldn't get asked this question if I were dating a Persian dude. At the end of the day, questions like that leave me wondering: How are interracial relationships difficult compared to more homogeneous relationships?

Strangers made assumptions about their religious backgrounds.

Single now but was in a long term interracial relationship. The biggest surprise to me was all the random people commenting that one of us would have to convert religions.

We were both atheists.

People sometimes make predictions about which parent their children will (or won't) look like.

People made extremely racist comments about her child and her partner.

I have a child with a indian man, wer no longer together but when we where people often commented on how lucky we where that the child "came out so white!"

I was also told by a random older man I walked past on the street that "beautiful white girls get theyr life and reputation ruined by dead beat Africans all the time. It's a shame you'll never find a real man now!" Resisting the urge to slap him I simply walked up to him and told him to keep his ancient racist thoughts to himself.

Currently dating a Korean man and people (guys) mostly make comments like "call me when you want to feel real dick again" etc it's pathetic.

Cooking together was challenging for them because of their different backgrounds.

Cooking together being such a challenge. I never thought i would be the first person to make green beans for a 42 y/o man. Lol. He also likes to cook for me, but a lot of our tastes just don't match.

Too many people feel entitled to having opinions on the future of their babies.

Very strange comments about "half babies." Not realizing that 1- I have no idea what my heritage or race even is, and 2- no bio. kids for me.

We also get really elitist and eugenic-y comments since we're both super tall, about NBA babies. As if you're guaranteed a spot just for being tall? Or that being a model would be my hypothetical child's calling? it's creepy

She exposed him to food he wouldn't have gotten to try otherwise.

The food. Being interracial, I was able to experience home cooked meal made with old family recipes. And I could request the dishes anytime I wanted. In exchange, he went out with my family often and tried other food that he would normally not try.

Her family members didn't accept her partner in the beginning.

The lack of acceptance from his mother tore their relationship apart.

His mom wasn't really on board with the fact that I wasn't Indian (I am Filipino). We are separated now and I think that was one factor that put a strain on our relationship.