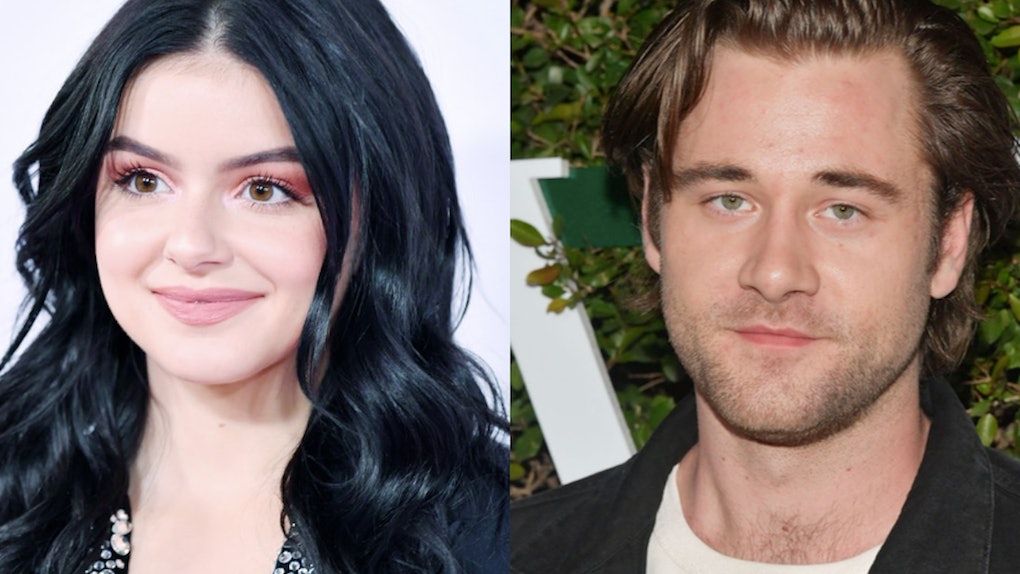 Winter is called cuffing season for a reason, and it seems like Ariel Winter may have found her new cuddle buddy. The Modern Family star — who reportedly split from Levi Meaden, her boyfriend of almost three years, in October — was spotted with fellow actor Luke Benward outside the club Delilah in West Hollywood on Dec. 11, and according to People, the two looked rather cozy. Although it hasn't been confirmed whether Ariel Winter and Luke Benward are dating or not, Benward did have his hand around Winter's waist, and that was enough for fans to start shipping the pair. (Elite Daily reached out to reps for both Winter and Benward for comment but didn't hear back in time for publication.)

An eyewitness told E! News that the duo seemed very comfortable together. "It was very clear they are a couple and they were affectionate all night long," the source claimed. "They had their arms wrapped around each other and he put his hand on her waist." Later, the same source added, "They came out [of Delilah] around 1:45 a.m. and stood rubbing each other's backs as they waited for their car. They never took their hands off of each other."

Just six days before their maybe-date, Winter and Benward also posed on the red carpet together at the Lancôme x Vogue L’Absolu Ruby Holiday Event at Raspoutine in West Hollywood. But their relationship dates back way further than that, as the two actors have reportedly been friends for at least a few years now. Benward even vacationed in Bora Bora with Winter and several mutual of their friends — including Winter's Modern Family costar Nolan Gould — for New Year's Eve in 2017.

On Oct. 7, very soon after the reported split from Meaden, Winter was photographed getting dinner with Benward at Kiwami in Studio City, where the two apparently seemed more like pals than partners. A source told Hollywood Life that the outing was totally friendly and the pair had "no intimacy" whatsoever, unlike during their supposedly handsy dinner date two months later. But of course, friends can always become more-than-friends.

Neither Winter nor Benward has commented on their relationship status yet, so fans will have to stand by for more news on this maybe-couple.