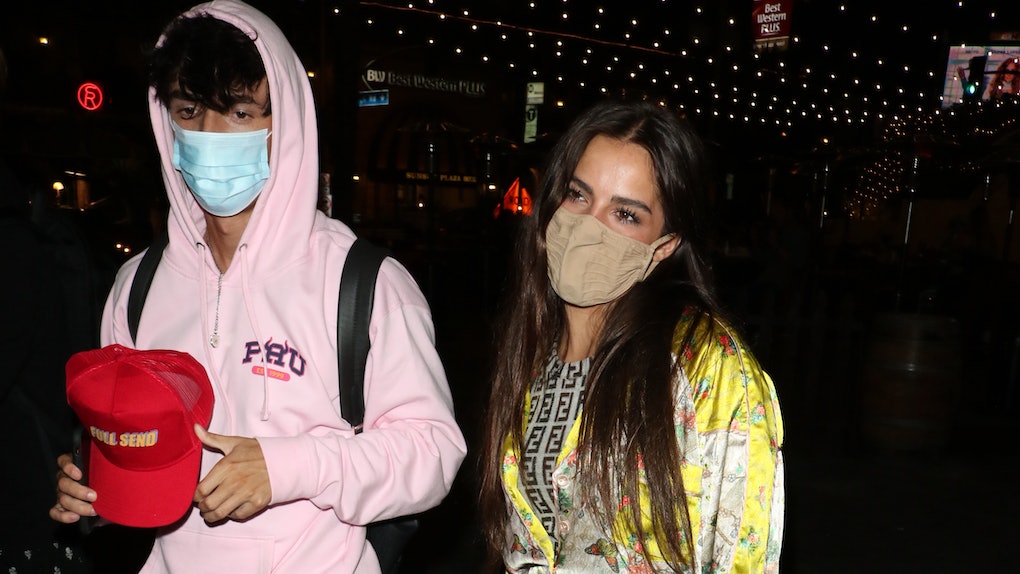 Are Addison Rae & Bryce Hall Still Friends? She Revealed Where They Stand

Addison Rae Easterling and Bryce Hall shared somewhat of a complicated romance, and even though they've been broken up for good-good for sometime, fans still have questions. Like, are they still friends? And, will they ever get back together? While Easterling tends to keep her private life under wraps, she's loosened up a little bit in recent months. On her new podcast, Mama Knows Best, the TikTok star spilled some major tea about where she stands with Hall. For fans wondering whether Addison Rae and Bryce Hall are still friends, she has your answer.

Hall has answered the very same question in the past, but didn't reveal much. Speaking to Entertainment Tonight in June, he kept it brief and straight to the point. "I'm not saying anything, but we're friends. We're really good friends," he said of his relationship with Easterling.

Now, Easterling has been dropping more tidbits of info about her personal life on her recently-launched podcast with mom Sheri,. The mother-daughter duo shared episode 13 with fans on Oct. 12, and revealed the latest update about her and Hall.

“We’re acquaintances I would say then... I’m not on this level where I’m talking to him every day and asking him advice," she said when asked if she's still friends with her ex.

She also touched upon the current status of her dating life, revealing Hall is still involved with it in a tiny way. “He’s asked me about it and is like, ‘You datin’?’ And I’m like ‘Kinda. Maybe,'" she explained.

Easterling also spoke out about infidelity on the episode, explaining what her own definition of cheating is. “Ongoing conversations with someone secretly. When you’re hiding it, that’s when it's damaging to a relationship...You kiss someone else, I would consider that cheating….There is no excuse," she said. "Cheating is cheating."

Easterling did not name names while discussing infidelity, and seemed to be talking about it in general terms, so there's no reason to think infidelity is what ultimately led to their split.

For anyone who has a complicated relationship of their own, Easterling even shared her top three rules for being friends with an ex. According to her, it requires communication, honesty, and being open with new partners about the friendship.

Seeing as Easterling seems to have this amicable ex-girlfriend thing all figured out, I'll be writing that down.

More like this
Are Olivia Lux & Utica Dating After 'Drag Race'? Olivia Gave An Update
By Dylan Kickham
Bachelor Nation's Reactions To Colton Underwood Coming Out
By Candice Jalili
Peter Weber Almost Quit 'The Bachelor' For Hannah Brown — Here's Why He Didn't
By Candice Jalili
Stay up to date