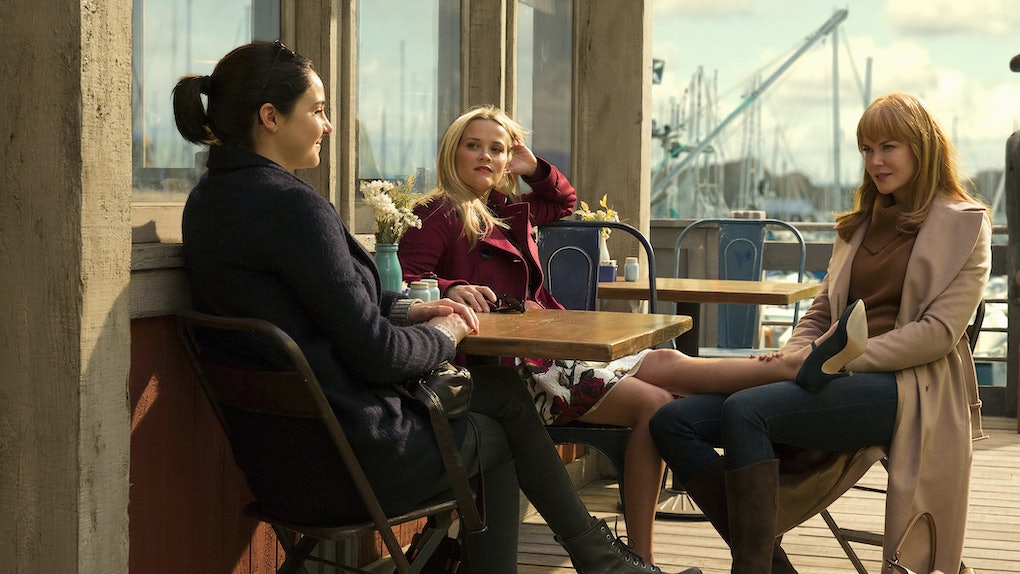 Angry Women In TV & Movies Are Finally Getting Our Close-Ups

I’m pissed off. Every morning, I wake up hopeful and I go to sleep apoplectic. My rage boils inside me like a shape-shifting Shadow Monster. As a feminist, I’m mortified to learn that my immediate response to my own anger is embarrassment. Misogyny leans over my shoulder, his pinstriped blazer grazing my overalls, and whispers, “You’re being dramatic, hun.”

But everything changed this year. From Donald Trump to Harvey Weinstein and every trash monster in between, I’ve broken free of my chains — I feel like a Hulk amongst Avengers, a Lannister amongst Starks — I’m like the protagonist in a young adult novel whose abilities were awoken in my 13th year. It turns out my Twitter trolls were right all along: I’m a full-fledged b*tch — and I’m not alone. I’m finally seeing myself represented on the big screen: Angry women, nasty women, bulldogs, and harridans. Hollywood is a slow learner, but it knows representation matters, and it’s about time us b*tches get our close-ups.

Trump’s America has engendered a backlash — a nasty-lash, if you will. My anger is being met by the wrath-driven art of female creators like Patty Jenkins (Wonder Woman), Margaret Atwood (Alias Grace, The Handmaid’s Tale), and Jenji Kohan (GLOW) and god, it feels good to watch. I’m seeing my darkest rage-filled fantasies played out in gruesome revenge plots. Take Mildred Hayes of Three Billboards Outside Ebbing, Missouri, for example. Played by Frances McDormand, Mildred is a self-described “c*nt” who leads a scorched-earth crusade against the local police chief for their failure to close her dead daughter's case. Whether she's calling her dentist "fat boy" and stabbing him with a drill or storming into the police station and yelling "f*ck-head" at a cop — Mildred Hayes is that b*tch. And she’s just a drop in the bucket of irate women on-screen this year.

The movies slated for release in December alone are stacked with nasty women: Margot Robbie as the lowlife, merciless, titular character in I, Tonya, the sardonic Tonya Harding biopic, Jessica Chastain as Molly Bloom in Molly’s Game, which tells the story of an Olympic-skier turned criminal mastermind, and Daisy Ridley, who will reprise her role in The Last Jedi as the unrelenting Rey.

This year, we also saw Gal Gadot rain fury on her enemies as the nominal Wonder Woman, which many women found cathartic and inspirational. And Cate Blanchett played the hellish, Medusa-like villain in Thor: Ragnarok. It’s uncommon for women to play villainous roles, especially in the Marvel universe. But, having witnessed the villainization of Hillary Clinton in 2016, it seems fitting for women to actually lean into their inner-evil.

While female characters in general are slowly but surely on the rise, every day it seems we’re seeing more indignant women on screen — and that matters, because the type of character is important. Lately, I don’t want to see housewives and girlfriends and good girls. I want to see ex-wives with violent vendettas, girlfriends in a mystical coven, and hot babysitters who lead a satanic cult (this is the real plot of Bella Thorne’s new movie The Babysitter. Just watch it). But when women’s rights are being picked apart by a draconian male administration and each day feels like an assault on the female body, it’s mollifying to watch fictional women beat their oppressors to a pulp. Is that such a horrible resolve to the interminable feeling of powerlessness in Trump’s America?

Television has been just as impactful, if not more so, than film. Game of Thrones is famed for its standout female protagonists, most of whom were beaten down for years before transforming into belligerent viragos. This year, the sadistic Queen Cersei made Snow White’s Evil Queen look cowardly when she aggrievedly revenge-poisons Ellaria’s daughter. Arya Stark, the tomboyish, ruthless warrior who is driven solely by rage and retribution — which like, same — slits Littlefinger’s throat in her most savage season yet. Then there’s Khaleesi, who has usurped city after city by dominating weak men, and makes threats like, “The next time you raise a hand to me will be the last time you have hands.” Her rage and power literally arouses me.

More female characters in television are banding together and taking what’s theirs. Riverdale’s Betty and Veronica join forces, rather than competing, to raise hell in their hometown and find Jason Blossom’s killer. American Horror Story tackled female rage this season in Cult, which had an eerily prescient plot about post-presidential election anger. Sarah Paulson’s character in AHS takes down a misogynistic cult leader, Kai (Evan Peters), rubs it in his face, then decides to run for a seat in the Senate — which is, essentially, 2017 goals (and, in some cases, glorious reality). In the season finale, (spoilers ahead) she unites with another female character to mercilessly set up Kai and murder him. Plus, who can forget the stunning season finale of Big Little Lies where five women take down a serial rapist and domestic abuser? Big Little Lies showed us the power of female friendship and what happens when women protect and stand up for each other.

Not only do I feel understood and represented by these pugnacious female rebels, but I also feel empowered. I’ve embarked on a personal journey of recognizing my rage, honing it, and funneling it into more than just sparring with Russian bots on Twitter. If 2017 has taught me anything, it’s that women are furious, and that feeling is nothing to shy away from. In fact, quite the opposite: We are so unconscionably justified in our rage against the Trump administration, sexual harassment, and rape culture. It was only a matter of time before this anger came pouring out in massive, guttural fits of hostility, and that time is now.

Look, I’m not ready to strap on the Lasso of Truth and vanquish Hades to the depths of Hell. But I am making a conscious, daily effort to passive aggressively bump into manspreaders on the subway, roast Trump supporters on Facebook, and say, “Leave me alone” to as many men as it takes. I know this isn’t what Sheryl Sandberg meant when she wrote Lean In, but I’m ready to “lean in” to being a giant b*tch.

More like this
Ivanka Trump's Women's Initiative Failed Inspection, & It's A Mess
By Rhyma Castillo
Skateboarder Brighton Zeuner Never Thought She Could End Up At The Olympics
By Rhyma Castillo
Demi Lovato Says She Can't See Herself Getting Pregnant, But She Still Wants Kids
By Brandy Robidoux
Stay up to date