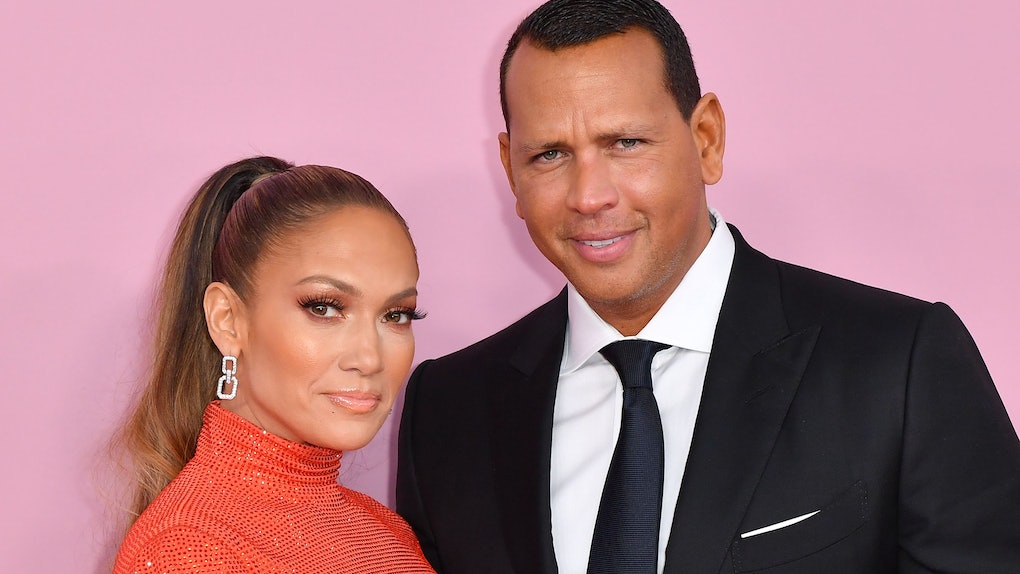 This former power couple is officially done. They announced their breakup in a joint statement to TODAY on April 15. But Alex Rodriguez's Instagram Story about Jennifer Lopez hours before their breakup is even more tragic, believe it or not.

On April 14, the former New York Yankees player posted a video panning over several framed photos: one of himself and Lopez embracing on New Year's Eve 2020, one of Lopez hugging her daughter Emme, one of the exes' four children playing together, and one of framed photo of a heart drawn in the sand around "JENNIFER + ALEX." Also visible? A box of tissues. Rodriguez added a blue beating heart icon in the corner and tagged @jlo. To top it off, he set the video to the totally heartbreaking song "Fix You" by Coldplay. (Sample lyric: "Tears stream down your face / When you lose something you can't replace.")

Not long after A-Rod posted this extremely sad Instagram Story, he and J. Lo released a joint statement to TODAY confirming their breakup:

We have realized we are better as friends and look forward to remaining so. We will continue to work together and support each other on our shared businesses and projects. We wish the best for each other and one another's children. Out of respect or them, the only other comment we have to say is thank you to everyone who has sent kind words and support.

This former power couple first met in the late 1990s or early 2000s, when Lopez — already a major pop star — signed a photo of herself for Rodriguez, then an up-and-coming baseball player. They reconnected in 2005, when Lopez's then-husband Marc Anthony threw the first pitch at a Yankees game. Their first date took place a whopping 12 years later, in 2017, but from that point, their relationship flourished.

They got engaged in 2019, but had to postpone their nuptials twice due to the ongoing coronavirus pandemic. In February 2021, cheating rumors swirled when Southern Charm star Madison LeCroy claimed she FaceTimed with Rodriguez; a source reportedly close to A-Rod claimed, "He definitely didn't hook up with her," and another source claimed J. Lo "doesn't let the cheating rumors get to her."

The next month, sources claimed the couple was over, but Lopez and Rodriguez issued a statement through their reps saying they were still "working through some things."

This time, however, it appears they're really over. I guess there's nothing to fix at this point.