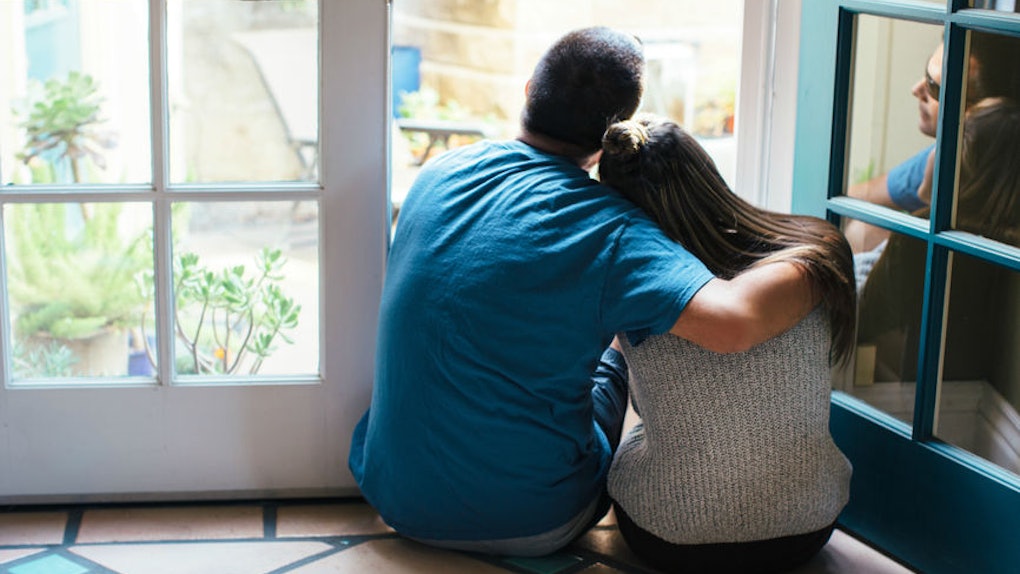 We all know that moms can often save the day with some sound advice — particularly in matters of the heart. But let’s not forget about the unsung heroes in this department: dads. Indeed, a father can sometimes come in just as clutch with a pearl of wisdom you end up referring back to time and again. Specifically, let’s talk about the wise advice about marriage they may be able to provide. Perhaps your father has been through marriage himself, and that life experience can come in handy when speaking about this complex topic. Not only that, but a dad usually has his daughter’s best interests at heart. He often knows her inside and out — what she needs, what she wants, and most importantly, what she deserves. So it’s safe to say that on the subject of finding a life partner, he can probably provide some pretty relevant and profound guidance.

And while it may feel awkward to ask dad for advice on love, research has shown that many of us are eager for more of that kind of parental guidance. In fact, a 2017 Harvard study about the dating habits of 2,000 young adults (ages 18-25) found that about 70 percent of millennials described wishing they had received more info from mom and dad about finding and keeping love.

So, whether you had a dad who freely shared his thoughts on marriage or wish you did (full disclosure: I fall under the latter category), here are some of the little nuggets of wisdom some ladies got from their fathers on the topic of making a life-long romantic commitment.

I’m a busy lady, and so is my partner. We work our butts off. Part of what makes our relationship work is that we’re both equally driven and determined. One night when I was super exhausted after a long work week, he asked me, “have you and Greg had a date night lately?” I had to think about it for a while, and realized it had been a couple weeks since we’d scheduled quality time together. I remember this so clearly — he said: “Make the time. Put it on your calendar, and treat it like an important meeting. You won’t regret it. You will regret not doing that for your marriage.”

"Don’t pick a fight over text."

I was really furious with my fiancé about something, and when I started typing away to let off some steam, my dad looks at me and says, “Please tell me you’re not trying to hash this out over a text message. Because I can tell you right now, that’s definitely not going to get you the response or the resolution you want.” I realized he was right, and I was being childish. Whenever I’m tempted to pick a fight over text, I think about that advice.

"Love is not enough."

I was starting to honestly question whether to marry this guy I had been dating for a couple years who proposed to me. When I admitted to my dad that I was concerned about how we were butting heads more and more, and how it made me wonder whether we were really compatible, he asked if I was having doubts about the wedding. I said, “I mean, we love each other, so that’s enough, right?” And he said, “No, it isn’t. Just because you love someone doesn’t mean they’re the right person to spend the rest of your life with.”

"It's OK to step away during a fight."

I remember overhearing this one fight my parents got in — I still don’t know what it was about to this day, but I heard it starting to escalate and then I heard the door to our house close. When I came downstairs, my dad was gone. I honestly got worried that he had left for good, or something terrible had happened, but my mom seemed surprisingly calm as she put some stuff away in the kitchen.

When he came back less than an hour later, I asked him what happened, and he said he had just taken a little drive to clear his head. “Some people say you shouldn’t ever leave if you’re in the middle of a fight, you should stay and resolve it,” he told me. “But I think it’s OK to step away if you feel like you might say something you don’t mean or something you regret.” That’s a tactic I’ve used in my own marriage, and my husband has, too. Sometimes you just need a little space from the conversation to realize how ridiculous it is.

"Don’t take one minute for granted.”

When my mom passed away, my dad said to me: “Whatever you do, don’t take one minute for granted.” I wasn’t married at the time, but now that I’m engaged, it’s something I think about often. I’m pretty sure he had started thinking a lot about all the time he’d spent at work, or away on business trips. He knew he couldn’t get that time back, and he didn’t want me to have the same regrets down the line.

Clearly, fathers can have much more to offer than the occasional cringe-worthy dad joke. So next time you're seeking some insight about marriage from someone with serious life experience, remember these little pearls of wisdom. And remember: Your dad has likely learned from his mistakes, so you might as well benefit from that, right?