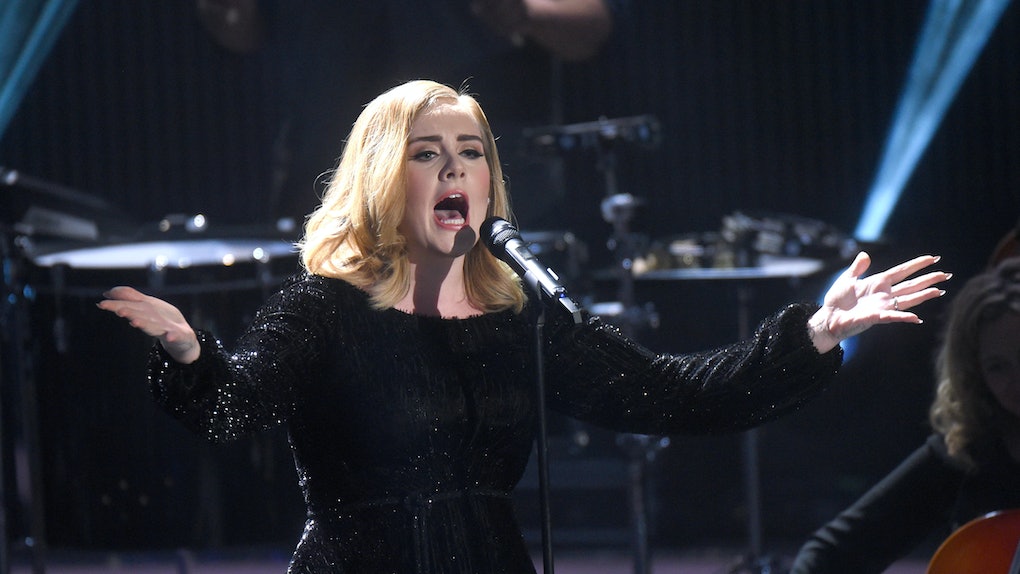 Adele fans have been waiting several years for new music from the soulful singer, but unfortunately, it sounds like the wait won't be over anytime soon. Adele's Instagram comment about her new album is bittersweet news for people who were anticipating a release soon. Here's how Adele cleared things up on social media.

The 32-year-old set things straight after a fan asked on Instagram about when her new music would come out, writing, "Teaser? Albums coming out today???!!!! Tell me now!!!" Adele simply responded, "Of course it's not. Corona ain't over. I'm quarantining. Wear a mask and be patient."

Adele's manager, Jonathan Dickins, confirmed the delay in June, telling Music Week, "It isn’t coming in September, it’ll be ready when it’s ready." He continued, “We’re all in the same boat, you’re doing stuff and then all of a sudden, the world stops. It’ll come when it’s ready. I can’t put a date on that yet. We have music, but we’re still working.”

Adele recently had fans shook with an Instagram post that celebrated her 32nd birthday. The photo featured Adele wearing a chic black mini-dress, and the fierce look garnered tons of praise in the comments. In the post, Adele also took the time to show appreciation to essential workers during the coronavirus pandemic, with the caption: "I’d like to thank all of our first responders and essential workers who are keeping us safe while risking their lives! You are truly our angels."

Although Adele is typically pretty quiet on Instagram, fans have noticed she's begun posting a bit more often recently. Shortly after confirming her album would take a bit more time before being released, Adele treated her followers to a fun photo set of her watching her 2016 Glastonbury concert and then throwing on the gown she wore that evening.

Adele has also reportedly been spending 2020 getting close with Prince Harry and Duchess Meghan after the couple's move to Los Angeles. According to The Mirror, Adele, who lives in Los Angeles with 4-year-old son Angelo, gave advice to Meghan and Harry who, apparently, live right down the block from her.

Although it sounds like Adele's new music won't be dropping anytime soon, with the singer's track record, it'll certainly be worth the wait.