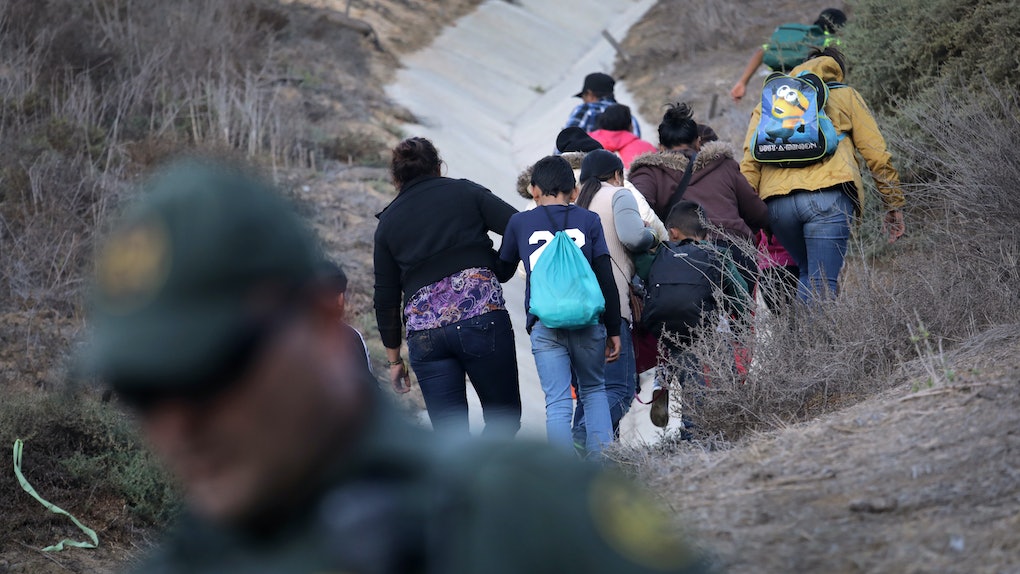 While the migrant crisis at the southern border is increasingly troubling, news coming from the southern U.S. border this week is even more upsetting than usual. According to The Washington Post, a Guatemalan migrant girl died of dehydration while in custody of U.S. border patrol officials. The girl reportedly died less than 24 hours after being transported to a hospital.

UPDATE: In a statement to the press shared by BuzzFeed News on Dec. 15, the child’s father, Nery Caal, denied that his daughter had not eaten or consumed water for several days before her death. "She had not suffered from a lack of water or food prior to approaching the border,” lawyers for Caal said in the statement. Caal also denied that he and his daughter had spent days in the desert before crossing the U.S.-Mexico border, with lawyers stating the two had in fact traveled by bus most of the way. In the statement, the lawyers also noted that despite reports that the child had died from dehydration and shock, medical officials had not released an official cause of death.

EARLIER: The 7-year-old girl, per The Post, was traveling north with her father as part of a group of migrants in a caravan and reportedly fell ill some eight hours after being taken into custody by agents from the U.S. Customs & Border Patrol (CBP), an arm of the Department of Homeland Security (DHS), and was reportedly taken to a hospital where she died.

In a call with Elite Daily and other press on Friday, Dec. 14, CPB and DHS officials said the girl and her father "were apprehended" as part of a group of 163 migrants, though The Post reports the group had surrendered themselves to U.S. agents. They were processed by border agents at a remote operating base in southern New Mexico at 9:15 p.m. on Dec. 6, per CBP, where they were held until they could be transferred to an official processing facility.

Officials said the migrants upon apprehension were each given an initial interview and screening by border patrol agents. In the initial screening of the child, officials said on the call, there was no evidence of illness and the father did not announce any medical conditions.

According to CBP officials, throughout the night of Dec. 6, a bus came to transport the migrants to an official station. The journey is about 95 miles and can take up to three hours, officials said. There was only one bus on duty at the time.

While en route, the child's father notified agents, according to officials on the call, that she was vomiting, and shortly thereafter, that she wasn't breathing. The Post adds, per CBP, that she was having seizures and reportedly had "not eaten or consumed water for several days." Upon arrival, The Post reports the child's temperature was recorded at 105.7 degrees, and officials had the girl flown to a hospital in El Paso, Texas, where she suffered a cardiac arrest, per officials. She died on Dec. 8.

Officials on the press call told Elite Daily that they did not have medical staff on scene at the initial operating base, and said border patrol agents were trained to conduct the screenings. Per CBP, a total of four agents were on staff that night to process the 163 individuals. CBP did not respond to questions as to whether agents receive any basic medical training.

In their response to the death, officials seem to be focused on stressing the risks associated with making the journey. A statement provided to Elite Daily by DHS via email reads,

Traveling north through Mexico illegally in an attempt to reach the United States, is extremely dangerous. Drug cartels, human smugglers and the elements pose deadly risks to anyone who seeks to cross our border illegally. Border Patrol always takes care of individuals in their custody and does everything in their power to keep people safe. Every year the Border Patrol saves hundreds of people who are overcome by the elements between our ports of entry. Unfortunately, despite our best efforts and the best efforts of the medical team treating the child, we were unable to stop this tragedy from occurring. Once again, we are begging parents to not put themselves or their children at risk attempting to enter illegally. Please present yourselves at a port of entry and seek to enter legally and safely.

In an interview on Fox and Friends on Dec. 14, Secretary of Homeland Security Kirstjen Nielsen called the situation "heart-wrenching," but appeared to blame the child's death on the decision to cross the border illegally. "This is just a very sad example of the dangers of this journey,” she said.

The news about the migrant death is the latest in the administration's long list of attention-grabbing incidents, including the family separation policy in May this year and the subsequent reports of mistreatment of those detained children, to which HHS officials declined to comment to Elite Daily at the time, and reports in November that migrants had been tear-gassed at the border. In a statement shared with Elite Daily, CBP called the use of tear gas "a response to the assaults and to defuse this dangerous situation." Reports also emerged this week that a total of nearly 15,000 migrant children were being held in U.S. custody.

Though officials on the call said that migrants at the secondary facility had access to food and restrooms, specifics on those amenities were not made clear, in particular how much water was available and how clean it was.

Many people were horrified by the reports.

The incident has sparked increased scrutiny and concerns about the treatment of migrants in officials' custody as well as how the administration issues information to the public and media. "The fact that it took a week for this to come to light shows the need for transparency for CBP," said Cynthia Pompa of the American Civil Liberties Union Border Rights Center in a statement per The Post.

Testifying to the Senate Judiciary Committee this week, CBP Commissioner Kevin McAleenan acknowledged, "Our Border Patrol stations were built decades ago to handle mostly male single adults in custody, not families and children."

Officials cited privacy concerns when asked why they did not issue a press release about the death, which only became public several days after the fact via media reports. They added that they were opening an investigation and were considering changing their policy on issuing public information in response to this incident.