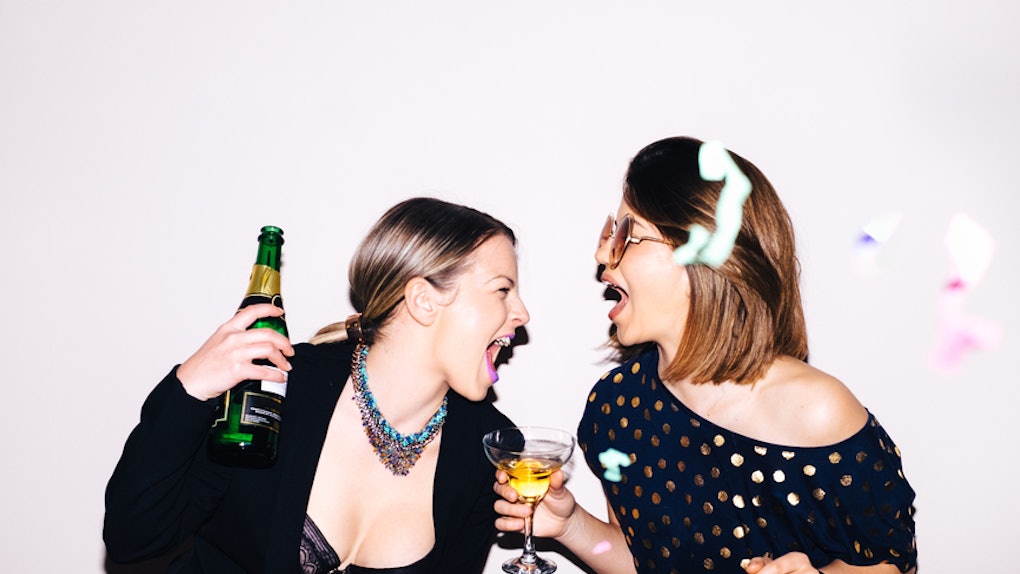 Every successful event needs a kick*ss soundtrack, whether it's a casual weekend pregame or an occasion so special that it only comes along once a year. A celebration as important as your birthday should definitely have more than one playlist. You'll want a killer track list to pump you up while getting ready with your girls, a separate mix to blast in the Uber on the way to the club, and, perhaps most importantly, a celebratory birthday sex playlist to help you and bae end the night on a truly satisfying note.

While Jeremih's "Birthday Sex" is a certified banger, you probably don't want to hear the same song over and over again while you're hooking up. Luckily, you don't need to put the (admittedly catchy) tune on repeat, because there are a number of other dirty, birthday-themed bops at your disposal. And as a special birthday gift to you, I've done the work so you don't have to.

I compiled an ideal list of songs that are both sexy and appropriately themed. Set the mood with this playlist featuring sensual singers including The Weeknd, Beyoncé, and Rihanna. With these songs playing in the background, your partner won't forget for a second that this night is all about you — which is exactly how it should be, tbh.

It's not a night worth celebrating unless Beyoncé kicks it off.

This isn't the sexiest song on this list, but it's fun and carefree. Plus, who doesn't love Selena?

An undisputed classic; I would be remiss if I didn't include this hit song.

"Sex With Me" by Rihanna

If anyone deserves two songs in a row, it's Rih Rih.

This aptly titled hit will have you wanting to do it again and again.

"Earned It (Fifty Shades Of Grey)" by The Weeknd

Listening to The Weeknd is arguably better than sex, but lucky for you, it is possible to do both at the same time.

This 2014 track is somehow even sexier four years after its initial release.

Can you really have a birthday playlist without 2 Chainz declaring that all he wants for his birthday is a big booty ho? I think not.

2009 was apparently a goldmine for birthday sex-themed songs. Both this Trey Songz single and Jeremih's debut song were released that year.

Lil Playy isn't as well known as most of the other artists on this list, but his song is low-key amazing.

J. Holiday is just tryna put you to bed, bed, bed. If you ignore the fact that he's "starin' at you while you sleep," it's kind of a sweet song.

J. Cole samples the chorus from Paula Abdul's "Straight Up," and his updated version is even sexier, if that's possible.

"Dance For You" by Beyoncé

If you think that just one Beyoncé song is sufficient on a playlist of any kind, you're sorely mistaken.

"Often" by The Weeknd

The same goes for the Weeknd, let's be real. Any sex playlist needs at least two songs performed by Abel, at the very minimum.

If you're not a Beyoncé fan, I'm sorry. But this song is sultry, lyrical perfection. And after Lemonade, is there anyone left in this world who is not into Queen Bey?

This "Birthday Sex" remix from DJ RusLan adds a fresh beat and puts a surprising spin on Jeremih's R&B version.

If you still prefer the original, though, I got you covered. It is your birthday, after all.

So put on these songs and take off your clothes, because birthday sex just got even more exciting.