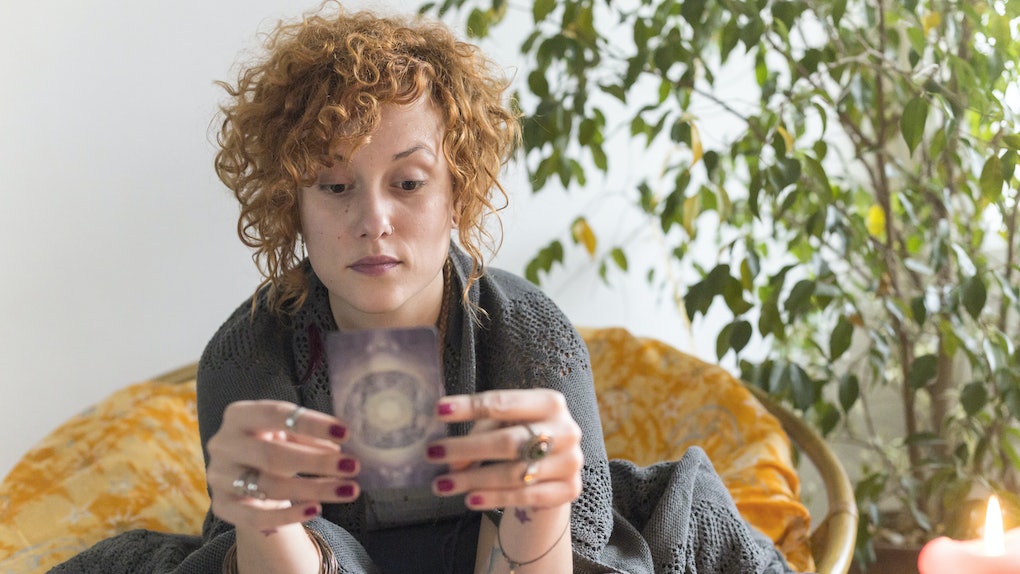 9 Tarot Cards That Mean Good Things For Your Relationship, According To A Tarot Expert

There have been times in my relationships when I felt a little lost. Maybe I didn't understand where the relationship was going, or even how I felt about the direction I, myself, was headed. In those scenarios, I really could have used the help of a tarot reader, because tarot, as it turns out, is a fantastic tool. To put it to the best use, however, it helps to have an expert who can show you the tarot cards that mean good things for your relationship, and the ones that may represent a warning that it's not on the best path. "A tarot reading can give a glimpse into the energy and health of your relationship. For example, if your cards are positive overall, it can indicate that you’re on the right track. But difficult cards could symbolize that the relationship may be hitting a rough patch. This information helps to shed light on what’s up so that you can make better decisions going forward," expert tarot reader Theresa Reed, aka The Tarot Lady, tells Elite Daily. "A tarot reading might also validate things you are feeling. I like to say that a tarot reading will pull out what you already know, and place it in front of your face as a way to confirm your own inner wisdom," she adds.

If you're hopeful about the future of your relationship and just want to confirm those instincts, here are the cards the experts say you want to see.

Expert tarot reader Hilary Parry Haggerty tells Elite Daily the first card to be on the lookout for is The Lover. “This card can be about passion, but it can also be about decision making as well,” she explains.

Reed agrees that this card appearing in a reading bodes well for the relationship. “The Lovers is always a welcome card to see in a question about love. It symbolizes the potential for a deep connection,” she explains.

The Four of Wands

For couples heading down a more serious path, Reed says the The Four of Wands is a good omen. "The Four of Wands … could indicate that the relationship becomes 'official' as in engagement, marriage, or even moving in together," she says.

If you a suspect your partner is your soulmate, Haggerty says the Two of Cups is a card that can confirm this instinct. “[The Two of Cups represents] a powerful connection and partnership — seeing eye-to-eye and meeting the other person on every level: Romantically, spiritually, mentally, emotionally,” explains Haggerty.

For her clients who want to know if the person they're with is “the one,” the card they want to see is the 10 of Cups because it's the “happily ever after card," says Haggerty. “It's a card that means home, happiness, togetherness — usually represented by a rainbow of cups, a couple with arms linked and the other arm outstretched to the rainbow, and two little kids playing.”

You don't have to currently be in a relationship to seek out romantic advice from a tarot reader, says Reed. In that case, she reveals there are a couple of cards that bode well for people who are currently unattached. “For single clients, I love seeing the Ace of Cups or Ace of Wands — both are cards that can signal the beginning of a relationship,” she explains

The Six of Cups

The Six of Cups, as Reeds explains, means that your relationship is (or is on the path to being) a happy and relaxed one. “The sweet Six of Cups shows a romantic offer and a time where you may be enjoying simple pleasures with a partner,” says Reed.

The Empress and the Emperor

For those looking to find out if their relationship has the potential to be a permanent one, Reed says both the Empress and the Emperor are cards you want to come up in a reading. “The Empress and Emperor are traditionally seen as good omens for commitment,” she explains.

As for a card that you never want to see in a relationship reading, Haggerty says be on the lookout for the Eight of Cups. “It usually means walking away from an emotionally charged situation,” she reveals.

What ultimately makes tarot so helpful is that it both offers some guidance, and serves as a mirror to what you may already know to be true — whether you want to admit it yet or not. “Keep in mind that tarot is not a ‘mind reader’,” says Reed. “While it can give clues as to what’s up with your partner, it cannot give you a 100% guarantee on how they feel. The only way to ultimately determine that is by having honest discussions with your partner. A tarot reading may help to open the door for a dialogue, but you still have to do your part,” she concludes.