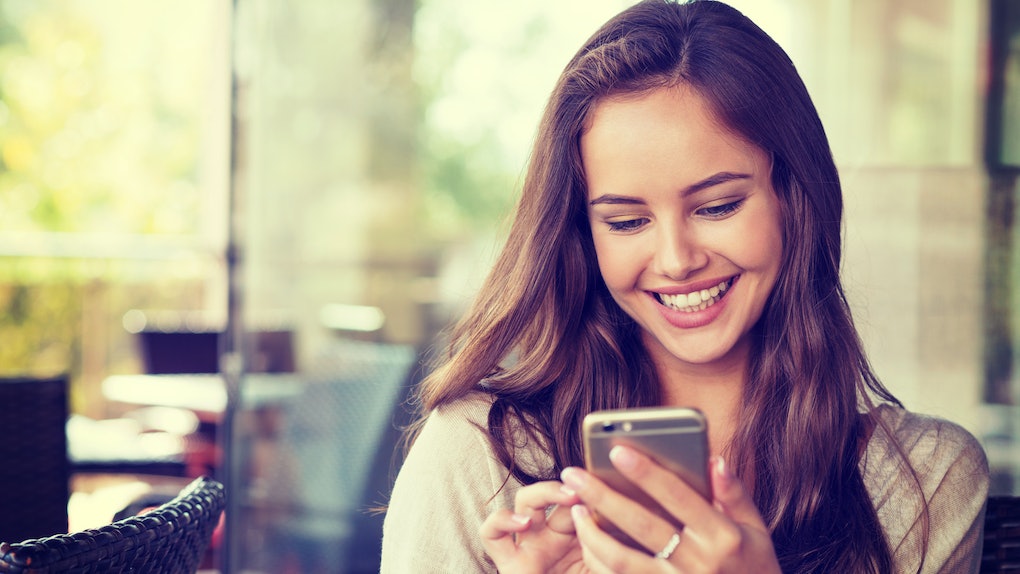 So, you just got through telling your friend a hilarious story, and when you expected laughter in return, all you got instead was a pathetic, "Heh, that's funny." That's when you realize your friend was distracted by their phone, and not paying attention at all. (Talk about annoying AF!) Believe me, I get it. I'm also obsessed with my phone, but there's a time and place. That's when you need to let your friend know what's up. If they love their phone so much, get through to them with some memes to send someone when they're not paying attention.

1. When You Know Your Friend's Guilty Of Giving You The Puppy Dog Eyes

We've all been there when we were caught red-handed not paying attention at all. There are two ways to handle the situation: Some people like to fib a little and pretend like they were actually paying attention, and others just go straight to the apology. You know your friend is the apology type, and will be quick to give you a little sad face just like this cute pup.

2. When You Understand That Your BFF And Her Phone Are MFEO

The phrase, "No phones," goes in one ear and out the other for your friend. It's probably because they're too invested in what's happening on social media to notice.

Getting lost as you're scrolling through your Insta feed or responding to several messages in your friend group chat is very real. When you're that distracted by your phone, everything else kind of just becomes a blur. (Sorry, not sorry.)

3. When You And Your Bestie Are Getting Ready Together And She's Not Paying Attention

Not paying attention can come with some consequences. In this case, it can affect your morning makeup routine, or when you're getting ready for a girls' night out with the crew.

Your BFF may get too lost in her own thoughts (or jamming out to your awesome playlist) to realize she put too much concealer on, or really went for it with the winged eyeliner. After snapping her back to reality, you both can laugh about what's happened.

4. When Your Friend Knows The "Oh Crap, I've Been Caught" Look All Too Well

Well, it's happened yet again. Your friend just got caught not paying attention. If she's anything like me and her face says everything, she won't be able to lie herself out of this one. Might as well just apologize now, and one day, her face won't sell her out so much.

5. When Your Friend Just Gets Lost In Her Own Thoughts

6. The Struggle Is Real With This One

Having to tell a story again is almost never as good as the first time. So, when your friend asks you to repeat yourself because she wasn't paying attention, that's when your blood starts to boil. She gets a pass this time, but the next time around she won't get a repeat and will just have to deal with the FOMO.

7. For When You're The Kris, And Your Friends Are Being Kourtney And Khloe

I'd love to say I'm the Kourtney and Khloé in this scenario, but I know I'm the Kris. You are, too, and totally understand the struggle of trying to get your friends to pay attention to you. You're just asking for a little spotlight. That's all.

8. When You Try To Call Out Your Friend, But Get A Justified Smirk Instead

Sometimes, even when your friend looks like she's not paying attention, she really is. She's just good at multi-tasking. You know she loves the clap back with the correct answer, and the smugness feels so good.

9. For Your Friend Who'd Rather Be Blissfully Unaware Than Pay Attention To Certain Things

Some people choose to not pay attention to certain things, because it's just easier to not be in the know — just like this cute AF pup who is as happy as can be. If you've learn anything from your friend, it's to be your own dancing dog, going about your business, and blocking out any negativity.