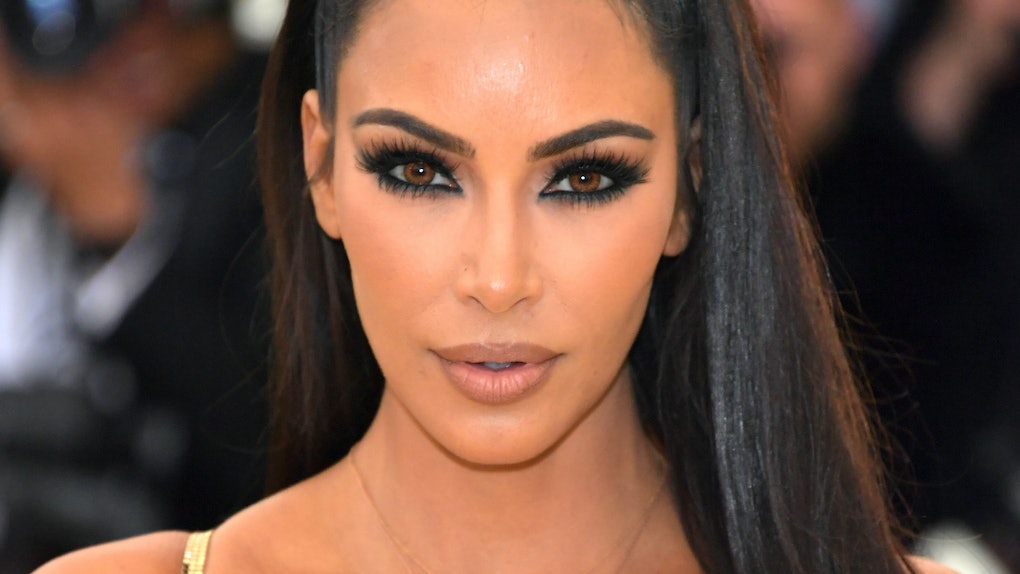 Kim Kardashian is a powerhouse. Love her or hate her, she dominates culture in a way that is otherworldly. Or at least from some other world than the one that I'm living on. The star is also a sucker for love, which is clearer than ever, thanks to her relationship with Kanye West. The rapper and the Keeping Up With the Kardashians star seem very much in love. And they have three babies to prove it. Kim Kardashian West's quotes about love shows that she's a true romantic at heart.

Famous people who are genuinely in love are incredibly intriguing to me — celebrity relationships are like the horcruxes from Harry Potter. They're a place to hide a part of your soul, but they won't really last. For Kim K and Kanye, the opposite seems to be true. The first noticed each other back in the early aughts, when Kim was working as Paris Hilton's assistant. (Remember when?!) However, Kardashian didn't start dating West until after her marriages to music producer Damon Thomas in 2000 and basketball player Kris Humphries in 2011 (definitely a horcrux-type relationship if I've ever seen one). Here are some of Kim's quotes on love and life, most of which are highly inspired by Kanye.

1. On Love And Romance

I think I’ll always be a hopeless romantic. I believe in love and the dream of having a perfect relationship, but my idea of it has changed. I think I need to not live in a fairy tale like that. I think I maybe need to just snap out of it and be a little more realistic.

2. On Meeting Kanye And Taking It Slow

I've known him — we met, maybe almost a decade ago. I don't know why it took so long for us to kind of get together. I think I needed to go through all my experiences and some that he's gone through.

— to Oprah on OWN

3. On Having More Than One Soulmate

4. On Breakups And Rebounds

After my breakup, I was feeling really low and down and he said, 'Just come to Paris and see my fashion show.' He jokes that he put on this whole fashion show just to get a date with me. So I went there and I stayed with him, and that's where we started dating. I swear from the moment I landed, I fell madly in love with him and I thought, 'Oh my God, why didn't I do this sooner?' Like, this is what real life is like — love and fun and real support.

— On the KUWTK 10th Anniversary

5. On Having Similarities With A Partner

It’s very comforting to have someone that knows everything about you, that respects you, understands, has gone through the similar things.

I have to be in a relationship in order to be intimate. I’m not the one-night-stand kind of girl. Despite the rumors.

7. On Being Single (Once Upon A Time)

Is it weird that I’m now the single one? It’s definitely a change for me. I have always been the one in a relationship. I like that role, I want that best friend partnership.

8. On Independence And Relationships

I used to be so dependent on the guys I was in a relationship with. I don’t know why, because I wasn’t raised that way. If I looked at myself at 19, I would shake myself and be like, Wake up; you are way too smart for this.

9. On Differentiating Lust From Love

I saw fast marriages like Khloe and Lamar’s and that was what seemed to work. [Now] I say give it a good six months before you commit. Feelings change, even if it seems so lustful.