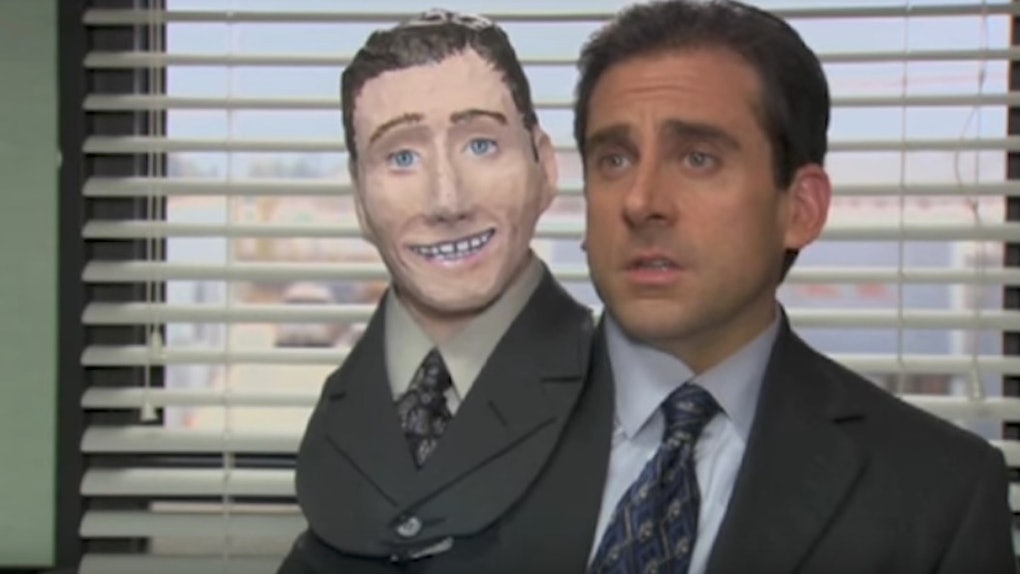 Halloween is just around the corner and you know the drill. Trick or treating, dressing up, maybe going to a party where you *fingers crossed* aren't in the same Eleven from Stranger Things costume as someone else. It's a lot of work, but it might be a good time. You know what else is also a good time? Watching TV. And you can wear whatever. Halloween is best celebrated by curling up in a blanket, dimming the lights, and hanging out with an always-reliable friend. That friend is Netflix. When it comes to Halloween TV episodes on Netflix right now, the possibilities are seemingly endless, guys and ghouls.

If you're looking for frights, laughs, or a little bit of both — the streaming service has pretty much got you covered. From comedy to drama, there's a Halloween-themed ep out there that will probably strike your fancy. So, curate a little All Hallows' Eve TV playlist for yourself, Netflix-style. It might be a nice break from perfecting your Pennywise makeup or working on that spot-on Daenerys Targaryen braid. Hunker down and start binging, people. Here are nine spooktacular Halloween TV episodes available to stream that will take your evening from humdrum to tons of fun.

Quite frankly, we're simultaneously excited and scared thinking about partying on Halloween with the It's Always Sunny in Philadelphia gang. Alas, this episode is hilarious considering it revolves solving the mystery of who might be Dee's baby's father.

Ted dressed as a hanging chad. Katie Holmes in an epic guest spot. Make it a double feature and watch the mini-saga unfold.

Not in the mood for Halloween cheer? Make your holiday just a little bleaker by spending time with Don Draper in this beautiful episode where Betty confronts him about his secretive past. It's haunting in its own dramatic Mad Men way.

Ah, to be a teenager in midwestern 1980 suburbia. This is a nearly perfect episode that not only shows the growing divide between Lindsay (freak) and her brother Sam (well, geek), but also the generational gap that opens when we become adolescents. All Lindsay's mom wants her to do is hang out with her on Halloween, and of course all she wants is to go wreak havoc with her high school friends. Also, Bill is The Bionic Woman and that's pretty much everything.

Apparently, teenagers on the Upper East Side of Manhattan go to masked balls like it's no big deal. What happened to a bowl of punch and some skeleton decorations? Whatever, this is Gossip Girl world, and Season 1 is when it's at its finest. Pro tip to prepare: the Thanksgiving episode is also a great watch.

In a wonderfully weird and moving episode, the gang resorts to impersonating Schmidt's childhood idol, Michael Keaton, in an effort to cheer him up. Yes, Michael "Batman" Keaton.

When will we ever be lucky enough to go to a Halloween bash at April and Andy's house? All of Parks and Rec's Halloween episodes are standouts, but we'll take any opportunity to party with them.

Friends was partial to the annual Thanksgiving episode, but seeing what our beloved group of NYC buddies would dress up as for Halloween brings us tremendous joy, too.

So, the second season of Stranger Things isn't available yet, but it will be released just in time for Halloween on Oct. 27. Don't forget about it while you're lost in a weekend haze of Snickers and face paint. And if need your fix now, get spooky with Season 1 while you wait.