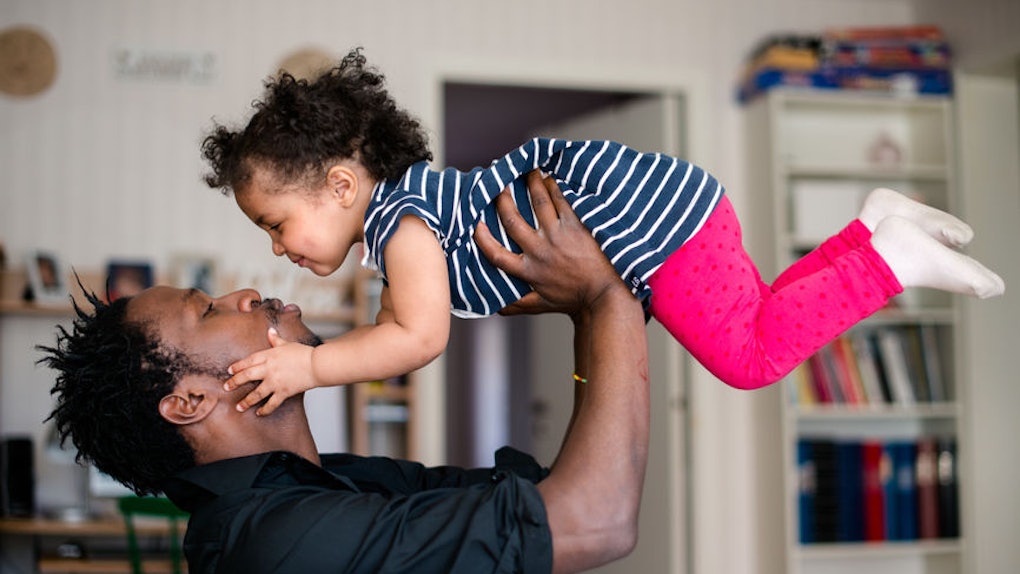 8 Times Your Dad Was Cooler Than You, Even If You Don't Want To Admit It

Parents really aren't as uncool as we try to make them out to be. There are many moments when they show us just how much we underestimate their awesomeness. When it comes to your dad, he has a way of jokingly embarrassing you, but even that can't make you overlook those times your dad was cooler than you. Yes, you read that correctly. You have been out-cooled.

Remember when he scaled the side of your house on a ladder just to get your frisbee? That's a cool dad moment right there. These times combine Dad's quick thinking, bravery, and selflessness. You know, all of the qualities that make up those iconic superheroes. Go figure.

Now, you might not actually tell your dad he is super freaking cool, because he won't let you live it down. (I mean it: You will never hear the end of it.) As you've gotten older, though, your dad's coolness has become even more apparent. Maybe it's because you begin to realize that parenting is not at all easy, and your pop has pretty much been handling it like the real MVP since day one. It's time to give your dad a big hug, because it's quite clear his coolness was off the charts these eight times.

1. When He Made That Shot From Behind His Back Without Looking

Even if you aren't a huge sports buff, you can't help but appreciate a skillfully-made shot. Your dad is the king of those candid three-pointers without even looking. If social media was around when you were younger, his post-dinner shooting sessions with your brother would have gone viral.

2. When He Busted Out That Air Guitar Solo During His Favorite Song

You might think you have a mastery in air guitar solo skills — that is, until you catch your dad rocking out in the kitchen. Sure, you're embarrassed at first, but then your foot starts tapping and the rocking out has taken over you. I guess you know where you get it from now, huh?

3. When He Dressed Up As Your Favorite Character For Your Birthday Party

Until this day, my dad denies dressing up as the red ranger for my sister's Power Rangers birthday party in the '90s. Honestly, if that is not the most full-out and coolest thing a dad can do for their kid, then I don't know what is. Think of all the costumes your dad has worn for you, because it's what you wanted. Yeah, major brownie points.

4. When He Wasn't Scared Of A Single Ride At The Amusement Park

After a certain age, you start to think going to the amusement park with your parents won't be as much fun, but then you take your dad and you realize that his adrenaline trumps yours to the max. Steep drops? No problem. He's honestly more of a kid than you are at this place.

5. When He Let You Get Away With Something Without Mom Finding Out

Most of the time, you start to think your parents are uncool because they restrict you from doing every single thing you want to do. It's part of raising you, duh. But, that one time your dad actually let you get away with one tiny thing, made him the coolest dad in the history of dads.

6. That Time He Double Flipped A Pancake And Still Caught It On The Pan

Even if you were doing your best Chef Emeril Lagasse impression, you couldn't ignore how dope Dad's kitchen skills were (and still are to this day). You loved your dad's pancakes growing up, but mostly because of the party tricks that came along with them. Who knew eating pancakes could be so entertaining?

7. When He Went All Evil Genius On Your School Science Project

Your school science projects were legendary. Why? Because a few extra hours with your dad allowed him to take your ordinary assignment and turn it into something extraordinary. Remember when your volcano exploded way higher than your classmates'? Thank your dad and his epic science skills.

8. When He Effortlessly Won All Of Those Tickets For You At The Arcade

In my opinion, arcade games are so rigged, but dads never have an issue with them. It didn't matter whether he was playing the basketball game or Skee-Ball, because he racked up those tickets like it was nothing. It was cool as hell, and he always let you pick out the prize.

Luckily, cool dad awards don't exist, or else you'd be handing them to your pop like crazy. Every once in awhile, make sure to let him know how awesome he really is.