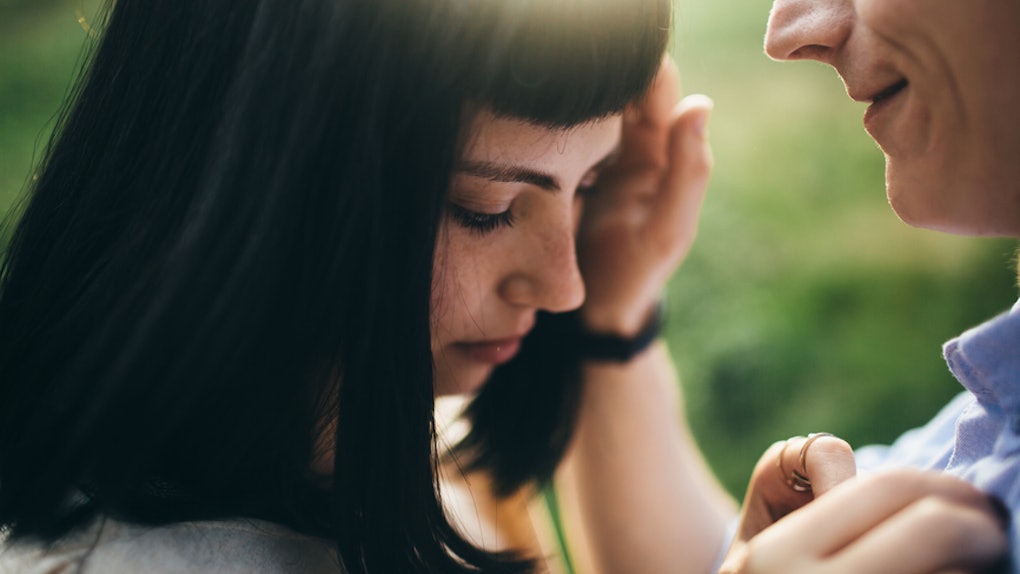 Dating can be a hot mess at times. Letting people into our lives may be the easy part for some of us, but trusting and allowing them to remain there can be challenging as hell. There are times you really should listen to your gut about the person you're dating, because you may very well be overlooking some critical red flags.

It happens to the best of us. We get so caught up in that flurry of just-started-dating butterflies, and it jacks up our judgement. It's not all on you, though. People can be really good at showing us all the parts they know will reel us in and keep us there while they partake in their dating agenda that usually leads to someone getting hurt.

So, in order to stay in front of the damage, you can't block out that little voice that's telling you to notice those out of the ordinary things. You know, those things you would absolutely never tolerate if this person didn't have you constantly swooning. Sometimes we need a reality check, and that little voice inside your head will catch on to more than a few things that the person you're dating shouldn't really be doing.

1. When You're Listed As A Nickname In Their Phone

Nicknames can be cute, but within the first couple weeks of dating, how the heck can a nickname be established? As shady as it sounds, nicknames are oftentimes given immediately so that this person can differentiate you from the flock of other people they're dating. Yeah, that whole "sweet pea" stuff doesn't seem to have the same ring to it now, huh?

2. When They Only Text You At Certain Times Of The Day

OK, before you think I'm being overly critical, there are exceptions to this. If the person has a solid job where they work specific hours of the day, that's understandable. It depends on the situation. If this person only seems to call or text you during late hours of the night, all of the time, you need to start asking questions.

3. When They Never Really Remember Things You Tell Them

People are forgetful, but when you find that you're constantly repeating yourself, there's a problem. It's not being nit picky. You're a person having dialogue with another person. That means you expect to be listened to and you are also returning the favor. It's that simple.

4. When They Don't Get Along With Your Sister

5. When They Have More Than One Account On The 'Gram

Unless your job happens to revolve around Instagram and you want to have a personal and a business account, why else would you need more than one? It sounds petty, but it's realistic and it's just the world we live in. Who knows what's going on with those DMs?

6. When They Flake On Plans Too Often

There will be times where plans don't work out because things come up. This shouldn't become a habit, though. If there always seems to be a 50/50 chance that you won't hang out with this person because they're notorious for canceling plans, there's something else going on that you need to look into.

7. When You're Always Picking Up The Check On Dates

Personally, I don't see a problem paying for dates every once in awhile. Things should be equal. When you seem to be the only one ever paying for everything, your wallet will notice first, and you shouldn't be far behind. No one likes a moocher or to feel like they are being taken advantage of.

8. When You're Constantly Questioning The Situation In General

If you always seem to be on edge and wonder where you even stand with this person, you're not in a good place. Clearly, dating is never a for sure thing, but you should at least feel secure and invested in someone you're really interested in, and they should feel the same about you. No one's got enough balance to be on the fence all of the time.

That little voice in your head isn't talking for no reason. That inner voice always has your best interests in mind.

More like this
5 Signs You're Burned Out From Dating & Could Use A Break
By Danielle Sinay
Clare Crawley's Tweet About Matt James Reportedly Dating Grace Amerling Is Shady
By Candice Jalili
93 Clever Group Chat Names For Siblings, Because Your Family Ties Are Tight
By Jasmine Vaughn-Hall
Stay up to date