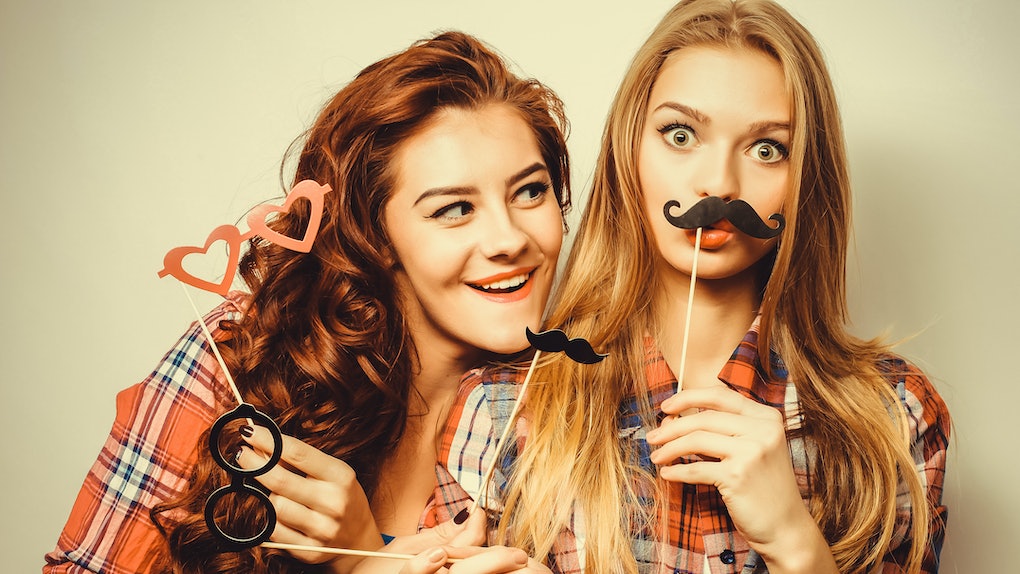 Relationships with our best friends are a work in progress. We grow together and weather whatever storm we have to so that we are moving towards the silver lining in our friendship. This definitely involves some turbulence, though. In fact, there are things best friends fight about to this day that they also fought about about when they were younger, because the cycle of friendship is never linear or one way.

Getting past these things is a given. You fight with your best friend because the two of you are far from perfect and you're mashing two identities into one union. Yes, that sort of sounds like marriage. But seriously, best friends are not supposed to always agree simply because they are best friends. Many times, it's those differences that make the two of you such an incredible team.

These little quarrels happen so that the two of you can grow from them. Agreeing to disagree is necessary sometimes, and by now, the two of you have probably almost mastered that idea. I mean, there's not many other people you'd be willing to fight with and still be friends afterwards. So, if you have a best friend who you love to pieces, chances are, you've had and still have fights over a few little things.

1. When You're Not Included In Plans

I don't care how old you get, not being included in plans still gives you an icky, lonely feeling. Clearly, you can't be attached to your best friend at the hip all of the time. You guys still have separate lives. When you stop looking at situations as a direct, malicious jab at your feelings, you realize that plans sometimes unfold without you in them, and that's OK.

2. When A Secret Is Accidentally Revealed

Accidentally spilling the beans about a secret is definitely means for a slight argument or two. You subtly feel betrayed, but deep down, you know that your best friend wouldn't do that on purpose. And if they straight up told you that they may have said a little bit too much, they feel bad and are sincere.

3. When You're The Last To Know About Something

Why do we love knowing information first? I honestly have no idea, but when you hear something about your best friend from someone else, it's not a good feeling. When anything new, exciting, or different is going on with your BFF, you feel like you should be one of the first people to know. Seriously, it's like your birthright.

4. When You're Both Into The Same Guy

Since you and your best friend may be tremendously alike, that means there's a slight chance that you fall for the same type of guy. At first, you both may be fighting over who has dibs, but in the end, it's going to take a lot more than some guy to come between your friendship. There are plenty of fish in the sea, and if that means letting one off the hook for your BFF, then so be it.

5. How Long It Takes You To Respond To A Text Or Call

For some reason, we feel like our best friends should be our immediate hotline for whatever is going down in our lives. When you were younger, calling their house before dinner and not getting a call back was devastating. The same situation applies now, except there's a heavier emphasis on immediacy because you're adults.

6. Who We Have As Our Other Friends

A part of us wants our BFF just to be our friend, but we all know that's not how the world works. Here and there, we get into fights over the other friends they've chosen or we have chosen to have in our lives. Maybe it's because of how much they hang out with them or you simply just don't get along with them. Either way, you and your BFF will find a solution and keep it pushing.

7. When You Have To Cancel Plans To Hang Out

Again, there are a lot of expectations for someone who is a BFF. That's why, when one person feels slightly swindled out of those BFF feels, they flip. Those fights over canceling plans usually stem from really just wanting to hang out. Ultimately, the fighting started from a genuine place, and will likely end there as well.

8. Fighting Over Who Actually Started The Fight

It sounds so silly, but even when the reconciling is in full swing, you'll still manage to find a way to fight about who started the fight. It's almost like you can't move forward without pointing out who set off the fighting in the first place. That whole agreeing to disagree stuff usually starts to settle in at this point.

The BFF relationship is one that always seems to prevail, no matter what. Fights happen, but they will never be the defining quality of your amazing friendship.