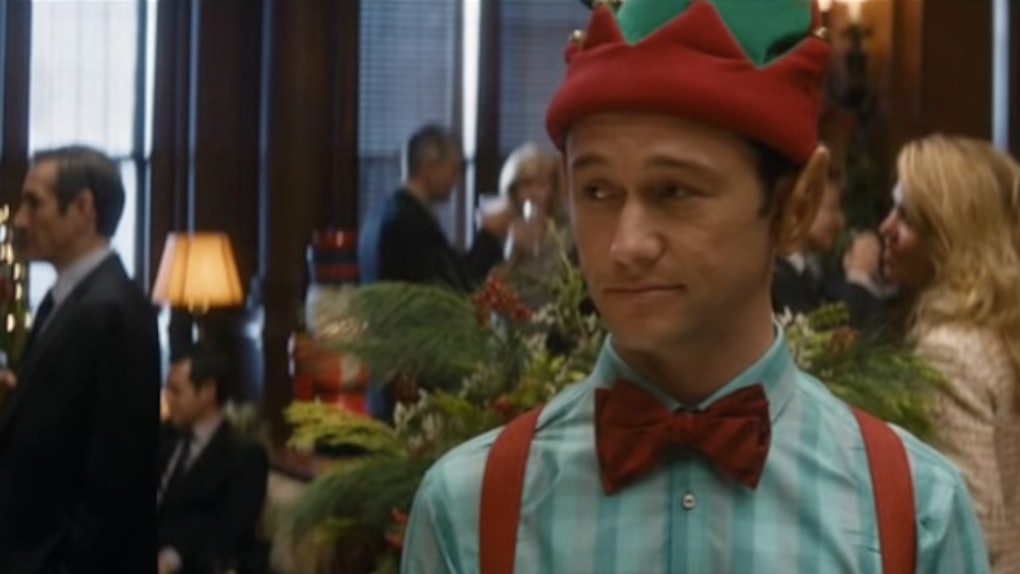 Christmas movies are great, but we'd be lying to ourselves if a certain eye candy wasn't responsible for making that film that much sweeter. Hey, we're only human. Besides, producers know exactly what they are doing when they place irresistibly hot guys in Christmas movies, because they know we'll watch them over and over again — long after the bells are no longer jingling during the holiday season.

As if the holidays didn't already put us in a cheerful mood, seeing these studs in these happy-ending storylines gives us the major feels. Honestly, it's hard not to redo your Christmas list and ask for one these guys as a gift instead after watching these movies. We've been good, haven't we?

For the record, Christmas movies are already magical, and these men seemingly put us under another joyous spell that we seriously can't turn away from. And if the opportunity presented itself, we'd coordinate a mistletoe make out sesh with any one of them. Did it just get hot in here?

In all seriousness though, you can't say you didn't wish you could literally place yourself in any of these Christmas movies when you realized they had some major holiday hunks in them.

OK, from his irresistible personality to his handsome looks, Jude Law is the perfect person to ring in the holidays with in this movie. Let's also mention how he has an incredibly sensitive side all throughout the film.

Cry on our shoulder, Jude. Trust me when I say that we wouldn't mind at all.

2. Idris Elba In 'This Christmas'

So, this totally wasn't fair. Not only was Idris looking as handsome as always, but he was also a musician in This Christmas. He even had a slight bad boy side that, let's face it, is almost incredibly irresistible in most cases. Of course, the family drama kept us watching, but Idris kept us coming back.

Ryan Reynolds looks so young in this movie, but even then we knew he was only going to get even hunkier. There's nothing like this face to get you in the Christmas spirit of love and joy. Oh, the storyline is also super cute, so be sure to check it out.

4. Dermot Mulroney In 'The Family Stone'

Here's another gem who is simply getting better with age. Dermot Mulroney looks good in every movie. He also has this small scar on his lip that is seriously badass and sexy as hell. And yes, I paid that much attention to his lips.

5. Joseph Gordon-Levitt In 'The Night Before'

Joseph Gordon-Levitt has mastered that half-smile all men have that simply makes us melt within an instant. And no matter how many years pass, there's something so youthful about him.

He's like the boy next door who you want to go ask for sugar from. But when we get there, we'll take a kiss instead.

OK, I don't condone turning any human into an inanimate object or edible thing, but Morris Chestnut is a chocolate city we'd visit any time of the year. Seriously, his skin looks so smooth, satin is crying in a corner somewhere.

And don't even get me started on that body. That's a whole article in itself.

Can we peep those grin indents in LL Cool J's cheeks, though? Don't you just want to run your fingers through them like there's no tomorrow?

We aren't hating on Queen Latifah, but what a lucky woman that she got to lay a few on him. And we all know LL Cool J is notorious for that oh-so-seductive lip-licking thing he does.

As much as Rodrigo Santoro looked like a well-groomed professional in the beginning of the movie, we surely find out what's hiding under that sophisticated shell. Seriously, this man is a stallion. We could listen to him talk about just about anything he wants to and swoon the entire time.

Christmas movies are always going to be some of our favorite kind of movies. And if we can see a good looking guy or two while we are partaking in the holiday spirit, don't mind if we do.