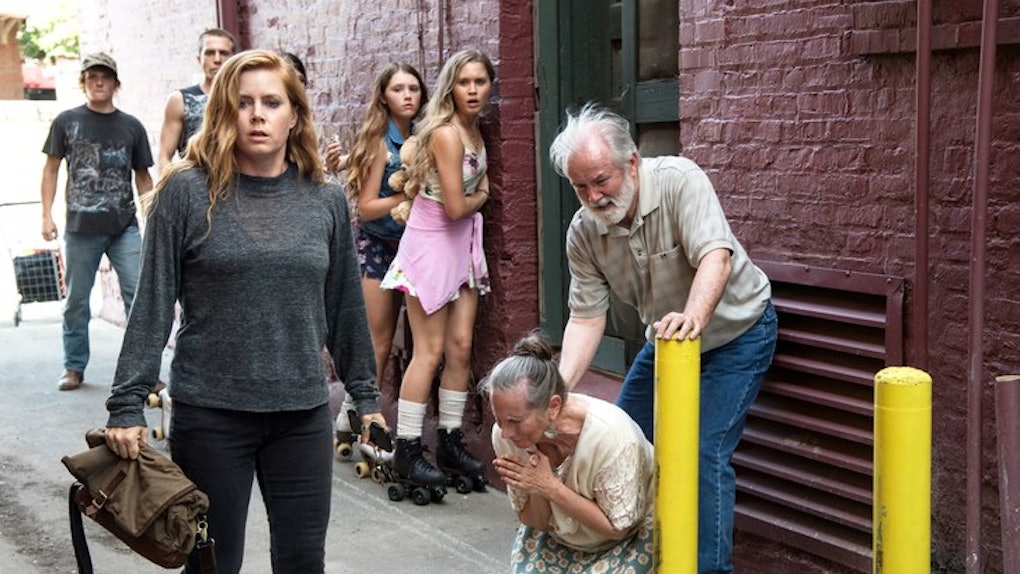 Warning: Spoilers for the Sharp Objects finale follow. Sharp Objects' biggest twist of all was that the wrong woman gets arrested for the murders of Ann Nash and Natalie Keene. After it took Camille's editor, Frank Curry, racing down to Wind Gap with proof of Adora's murdering Marian, backing Detective Willis up, and getting Vickery to admit the culprit was a woman, it wasn't Adora at all. It was her daughter, Amma, acting out in a rage. But what were the clues Amma was the murderer on Sharp Objects? Turns out they were there all along.

Much like Gillian Flynn's later novel, Gone Girl, there are subtle clues all throughout the series pointing to Amma as the culprit and not just the obvious answer that neither of the male suspects, John Keene and Bob Nash, had it in them to kill. The murderer was young, strong, and full of twisted rage for which there was no outlet, just like Camille. But where Camille found refuge in turning inward and hurting herself, Amma found it in lashing out, taking down anyone who got between her and the mother who was poisoning her. She had all the narcissistic need of her mother, and all the rage of a child abused, and the result was death.

Here are the biggest clues Amma was the killer the whole time.

1. Amma's Refusal To Let Anyone Touch Her Dollhouse

Amma's control freak personality came out when it came to her dollhouse. It was where she could have the final say over the world. But her refusal to allow Camille or her mother, Adora, touch any rooms of the house suggested there was something she was hiding about her little world.

2. Amma Lied About Being Friends With Natalie & Ann

Camille didn't recognize it at the time, but Amma straight-up lied to her about being friends with the victims. John Keene said they were three peas in a pod, and Adora took an interest in both Ann and Natalie because of it. But Amma insisted their friendship ended months ago, to hide how close she was to the victims.

3. The Casual Cruelty Towards Others

The scene is played for embarrassed laughs, but Amma's ringleader position with the other skaters and their boy toys teasing Camille and Richard about being together showed surprising callousness and cruelty, traits her sister was otherwise unable to recognize in her.

4. The Pliers Being In The House

The post-murder de-toothing tool, hidden in Adora's kitchen. Perfect to set up her mother if the cops ever came, hidden in plain sight at all other times.

5. The Jealousy Over Her Mother's Attention

The biggest red flag was how badly Amma acted out whenever Adora paid the slightest bit more attention to anyone else, including Camille. Amma couldn't handle not being the center of her mother's world, and the rage in her eyes whenever Adora looked elsewhere was terrifying.

6. Amma's Constant Manipulation Of Those Around Her

Amma needs not only to be the center of attention but in control of the situation. That comes out multiple times, including in her flirting with John Keene, her drugging up Camille at the party, and her forcing everyone to treat her as ringleader among her peers.

7. The Willingness To Play Along With Her Mother

Amma's need to be the center of her mother's undivided attention meant the two of them had developed a symbiotic relationship. Amma took the poison willingly as long as she got to be the baby. Adora got to feed Amma whatever she wanted so long as she never paid attention to anyone else.

8. The Insecurity Around May

The last clue comes in the finale when Amma suddenly realizes she's not the prettiest and the wittiest. May is capturing just as many hearts of the adults around her. Note that two go to the pool, but only one came home. The mid credit sequence confirms it.